Are you at work or dealing with an important task at hand, and need to relax? Here I’ll recommend six different experiments: six types of music that are proven (by studies or personal experience) to maybe help you work. At the end of each explanation, you’ll have the musical pieces to find out if they relax you or not (more than 10 hours total!). Try listening while you work. See what results you get!

Listening to nature sounds (waves rolling on the shore, bird calls, flowing noises) may help your cognition (your ability to process information through perception), optimize your ability to concentrate and enhance your levels of satisfaction. Or at least that’s what a study published in The Journal of the Acoustical Society of America claims. 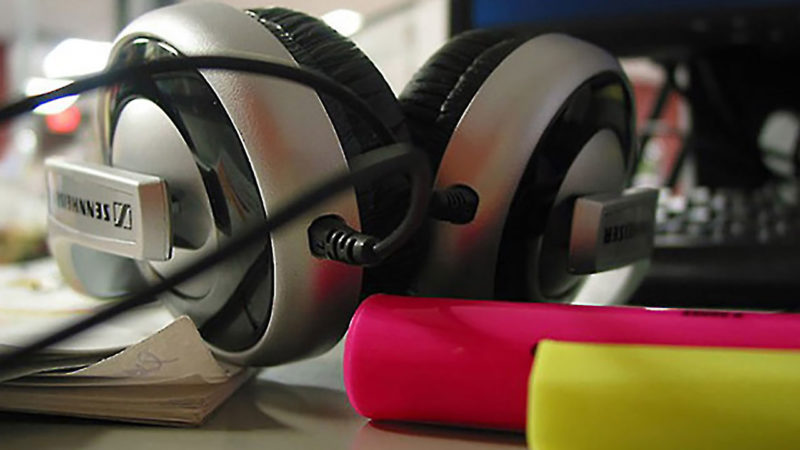 The key to nature sounds, according to this study, lies in their similarity to white noise, a random signal with different time values that do not correlate to each other. This phenomenon protects you from other noises that may distract you because they break an existing acoustic correlation (example: the laughter of a coworker when the only sound is a computer keyboard).

Want to find out if nature sounds can isolate you from surrounding sounds? Put them to the test with three hours of relaxing music that use water sounds (from the YouTube channel TheHonestGuys).

Whether you’re a gamer or just raising your eyebrows at this section, video game music can teach you to overcome obstacles you face every day at work. What’s a gamer’s goal? To get out of a dangerous situation by entering an even worse one, using his/her smarts, reflexes, creativity and, above all, perseverance. The best video game music instills these values, which help us take on the role of a hero in a deadly but epic adventure. Want to feel that way as you work?

If my reasons don’t convince you, I now present professor of psychology Siu-Lan Tan. Along with her colleagues John Baxa and Matt Spackman, she discovered that volunteers playing The Legend of Zelda: Twilight Princess without music or sound effects played much worse than those who listened to the soundtrack.

The famous “Mozart Effect” has been discussed to death. You’ll find studies in favor, which assure that listening to classics like Wolfie have a positive impact on spatial-temporal reasoning, the ability to think long-term or creating abstract solutions. And then you’ll find studies where workers performed better when they turned off classical music and worked in silence.

Will the Mozart Effect work for you? To increase your chances of success, I’ll share a trick from productivity guru David Allen’s forums: the key is to listen to classical music with at least 60 beats per minute. “This causes a lucid and fast metal state in which thinking and creating is easier.”

To check if it’s 60 beats per minute, I recommend not-so-classical classical music: Vitamin String Quartet, a group with pop covers and a string quartet style.

If you listen to instrumental music, you’ll get better grades than if you listen to music with lyrics while you study for exams; or at least that’s what a study from Middle Tennessee State University concluded. And according to a study from Cambridge Sound Management, the more intelligible background noises at work, the more likely we are to get sidetracked. That’s why the chatting of nearby coworkers can cut off our productivity.

Personally, when I write, if I listen to music with lyrics in a language I understand, I usually get sidetracked because I think about the lyrics or try to follow them mentally or literally. In contrast, when I listen to Japanese pop music, the effect is the same as instrumental music for me.

Want to try it out? Here you’ve got four hours of instrumental and relaxing music that I’ve compiled from YouTube channel utopiansounds.

We know downtempo music is the kind that uses mainly electronic music to create a relaxing atmosphere. Could it also be called ambient music? Downtempo is a pretty ambiguous definition that includes ambient, jazz, house, chill out… and all those musical variations that seem like modern descendants of hypnosis.

There are few studies to corroborate my theory. More than anything, it’s about personal experience and an experimental alternative to classical music. Classical music may be considered uptempo and in theory it cheers us up, gives us energy and helps us think. Thus, its opposite, downtempo, is ideal when we have to keep producing but need to relax or maybe enter a kind of hypnotic state to finish mechanical or routine tasks.

If you want to see if this type of music works for you, I recommend this playlist of electronic music made by Soundcloud user Rachel Gillet.

Certain noises may help us concentrate instead of distracting us because they interrupt sounds occurrences, which I’ve already mentioned in another section, called “sound masking.” The Wikipedia entry for this term explains it well:

“Imagine a dark room where someone is turning a flashlight on and off. The light is very obvious and distracting. Now imagine that the room lights are turned on. The flashlight is still being turned on and off, but is no longer noticeable because it has been masked. Sound masking is a similar process of covering a distracting sound with a more soothing or less intrusive sound.”

Do you feel like listening to noise? I strongly recommend you try The Rainy Cafe Machine, a super-duper simple webpage where you can listen to rain or the sound of a cafeteria, separately or at the same time. Until writing this article, I had never thought of noise as helpful to creativity. Well, now I can say I’ve written most of this article whilst listening to the rain.