Android has gotten a bit of grief in the past for not having many good DJing apps compared to iOS, but a number of relatively new apps on the market now give Android users some great options for DJing using their device.

iPhone and iPad apps have been more popular for DJing mainly because of the popularity of Apple hardware for mixing, but as Android tablets continue to grow in popularity, developers are starting to tap the market with some great free apps that put Android users in front of the turntables. Check out three of the most popular and versatile ones below.

As the first DJ application for Android, DJ Studio 5 remains the most popular DJ app for Android devices. Its usability makes it a good option for both beginner and intermediate mixers and is probably the most complete free DJing app available on Android. 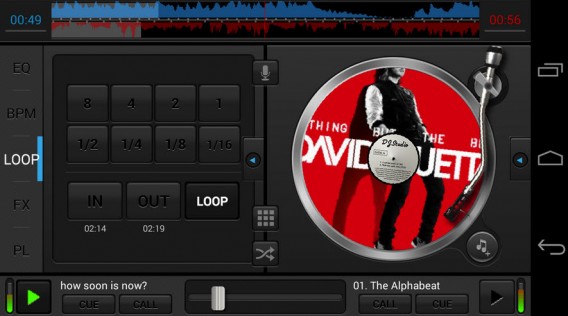 Basic functions let you mix, scratch and loop songs on your device with two virtual turntables and a crossfader, while more advanecd options include sound effects, 3-band equalizers and customizable sample pads. You can even record your set and share your mixes on Soundcloud.

Its free, but what’s even better is that there are no ads and no registration is required. DJ Studio 5 is compatible with Android 2.2 and higher.

Having just received additional funding to continue growth from its startup roots, edjing gained popularity on iOS and has expanded to Android to become a successful multi-platform DJ’ing app, voted as Best App of the Year at the 2013 AppAwards.

edjing lets you mix with the music on your own device, as well as music on streaming sites Deezer and Soundcloud. Similar to DJ Studio 5, the app has two turntables and a crossfader to seamlessly transition between songs, as well as the option of manually matching or automatically syncing BMPs when switching beats. You can also share your mixes made in edjing on Twitter and Facebook. 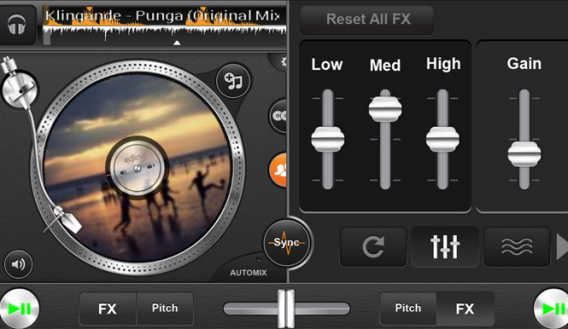 While the app is free, some of the more advanced features, like reverse, double flipping and auto scratch are paid-for upgrades within the app. You do have the option, however, to earn ‘vinyls’ to buy more effects. edjing is comptabile with Android 4.0 or higher.

DJ Basic is the free version of the paid-for ADJ for Android app. The Basic (free) version is slightly limited since full functions are reserved for those willing to pay for the upgrade, but the app itself has a few high-tech features that aren’t available in other Android apps on the market. DJ Basic includes accurate waveform visualization, hi-pass, echo and flange effects, fine pitch and bend, and a very low latency response. 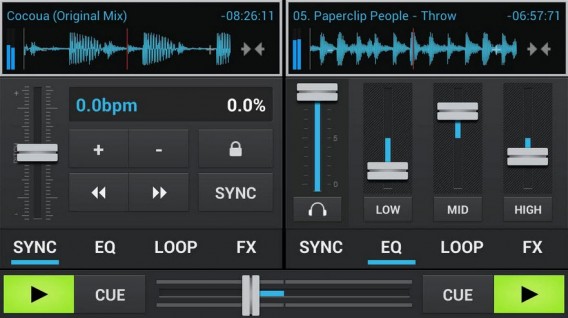 Unlike DJ Studio 5 and edjing, the display in DJ Basic doesn’t feature two turntables but instead focuses more on the controls, with Multi-touch functions available for Android 3.3 to really enhance the app’s functions.

It’s easy to stick to streaming with so many services going mobile, but you might want to up your game with a bit of mixing too, and these apps will certainly help you become the life of the party.

What DJing apps do you use on your Android?

When does Redfall come out? All about the new Microsoft game