Postbox is an intelligent, multi-language cross platform mail client that has clearly been inspired by Gmail, Apple Mail and Thunderbird. Version 2.0 has just been released and adds some great new features which make this slick and intuitive mail client even better.

Postbox 2.0 retains the same basic Thunderbird infrastructure and there are still some that will say it’s a little “too” inspired by Thunderbird and that the developers have essentially taken a free application and turned it into one that requires payment. In reality however, they have only basically taken the open source code behind Thunderbird and expanded on it to make a more fully featured mail client.

There are many new features in version 2.0 but those that standout are:

Unified Account Groups: Postbox 2 now supports Unified Inboxes, which lets you combine messages from multiple accounts into one Inbox. Accounts can also be organized into Account Groups, so you can keep your work and personal messages separate: 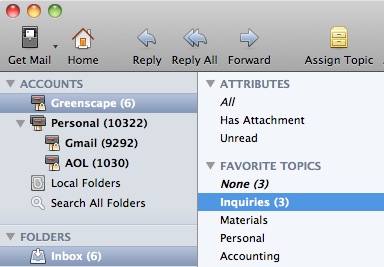 Quick Reply: Quick Reply lets you reply to a message without the need to open a separate compose window, which is perfect for short, snappy responses:

More Add Ons: Popular add-ons have been added to Postbox such as Postbox also works with third party apps such as OmniFocus, Things and the Lightning Calendaring add-on although others such as SpamSieve still aren’t supported: 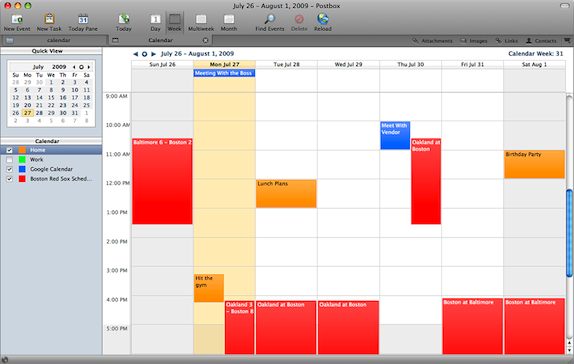 Older features of Postbox that still stand out in Postbox are are a slick Apple Mail style interface, very fast searching for everything from messages to attachments, Gmail style conversation views, tabbed browsing of mail, categories and folders, to-do lists and integration with Address Book, iCal, iPhoto, Spotlight, and Quick Look. You can still import Gmail or Yahoo e-mail and even retrieve Facebook messages too.

Postbox remains one of the most intelligent e-mail clients you’re likely to try on Mac. The latest version is better than ever although now that Outlook is soon to be available on Mac in Office 2011, it may have to improve even further to attract more users.