Space Soft Labs have today launched the ultimate Big Brother tool with its new Satellite Live application. Satellite Live goes one step further than Google Earth in that it allows you to see real-time video of what is going on, anywhere, anytime on Earth. 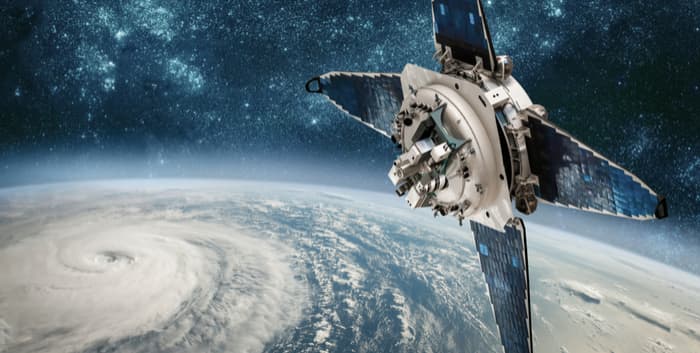 Space Soft Labs dismissed accusations that the application raises serious issues of invasion of privacy and national security claiming that Satellite Live is the “ultimate webcam” allowing you to observe only what people are doing in public areas – much like webcams do – but in crystal clear, high definition detail, anywhere on the globe. This can be anything from your local street to Times Square in New York or the middle of the Gobi desert.

developers assigned to the project. The company says they’ve had to develop it in this way because of what it calls “the obvious implications for personal privacy and associated national security issues that some groups may raise.” They were apparently concerned that major interests would try to “block” the launch of the app if it had become public knowledge that it was in development.

The application uses some of the latest military and space-age technology used by NASA in their last 3 space missions. At the moment, Satellite Live can only view public areas such as high streets, marketplaces and open-air leisure facilities. However, intriguingly according to one Space Soft Labs insider:

Depending on the position of the satellites and time of day, it is occasionally possible to see inside private property.

The program is based on the same infrastructure as Google Earth including an instant location feature, an embedded screen capturing tool (for publishing live action of what you’ve found on your blog) and navigational buttons to move around maps. As with Google Earth, however, the level of detail may vary from one place to another, which means that populated areas such as New York, Los Angeles, London or Tokyo are more detailed than the Nevada desert or the Amazon jungle.

Softonic is one of the first software portals allowed to distribute the application, so download the application here and let us know your thoughts on what is potentially the most exciting and controversial app ever released.

Please note, this blog post is a joke. April Fools!