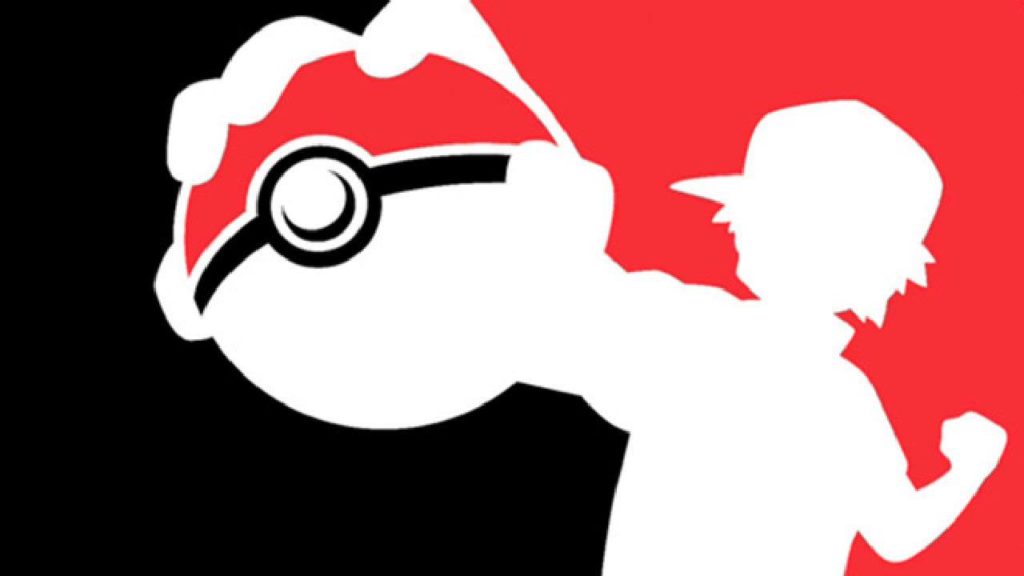 So, you want to be the very best, like no one ever was?

There’s much more to being the world’s best trainer than just beating the Elite Four. In order to really find out who the best is, Game Freak and the Pokémon Company frequently host competitive Pokémon tournaments called the Video Game Championships. The rules for VGC are different than your standard Pokémon battle. The current ruleset is as follows:

Like most competitive games, Pokémon VGC comes in seasons, ending with the prestigious Worlds tournament. 2019 is a unique season in that it is being divided into three different series, all with slightly different rules. The rules of each series are listed below: 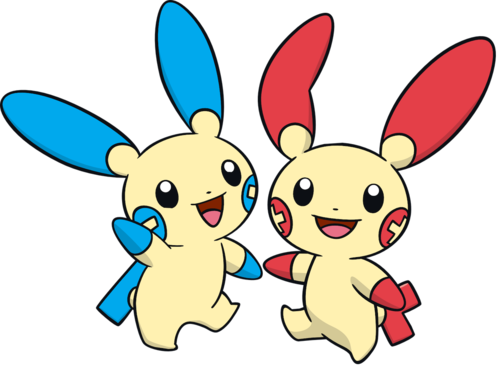 Unlike standard trainer battles in the games, in VGC all battles are double battles. Before each battle, the player can view the other player’s team in Team Preview (but not their moves or held items). Each trainer then chooses 4 out of their 6 Pokémon. It is important to pick Pokémon that synergize well with each other and hold type advantages over your opponent.

Certain moves or abilities that are useless in single battles become amazing in double battles. For example, the move Helping Hand powers up your partner’s attack, which can prove to be the difference between a hard hit and a game-winning KO. Additionally, spread moves such as Earthquake, Surf, Rock Slide, and Dazzling Gleam are incredibly important for their ability to hit both of the opponent’s Pokémon. You need to be careful when using these moves, however, as some spread moves hit your partner Pokémon as well.

Another extremely important move is Fake Out. Fake Out has priority (meaning it will always hit first) and makes your target flinch, causing them to waste a turn. While nearly useless in single battles, proper use of Fake Out is important as it can turn the momentum in your favor. Fake Out can only be used on the first turn the Pokémon using it is sent out, and it doesn’t work while Psychic Terrain is up, so be careful.

One of the most common and important moves in VGC is Protect. You can use Protect to shield your Pokémon, scout out the opponent’s moves, or soften the impact of a hard-hitting z-move. If you’re building a team and you can’t think of a fourth move to put on one of your Pokémon, you can’t go wrong with Protect.

Getting the band together

If you want to succeed, your Pokémon team needs to be balanced in multiple ways. First, it needs to be balanced when it comes to type matchups. Don’t follow the Gym Leader route and pick a bunch of Pokémon with the same type weakness. You want to make sure your type coverage is broad and versatile. If a Pokémon gets destroyed by an extremely common Pokémon like Incineroar or Tapu Koko, you probably shouldn’t use them.

Additionally, each Pokémon on your team should be chosen to fulfill a certain role. When choosing offensive Pokémon, you need to have both physical and special attackers to be able to cover all of the threats. Support Pokémon, like Cresselia and Amoongus, can provide invaluable help to your team. These Pokémon can often tank hits easily, spread status conditions, and disrupt your opponent’s plans with moves like Follow Me and Rage Powder.

Not knowing where to begin when putting together a team is very common. To start, pick one or two Pokémon that you really want to use and then build a team around them, based on their typing and roles.

The angry gods have awoken! 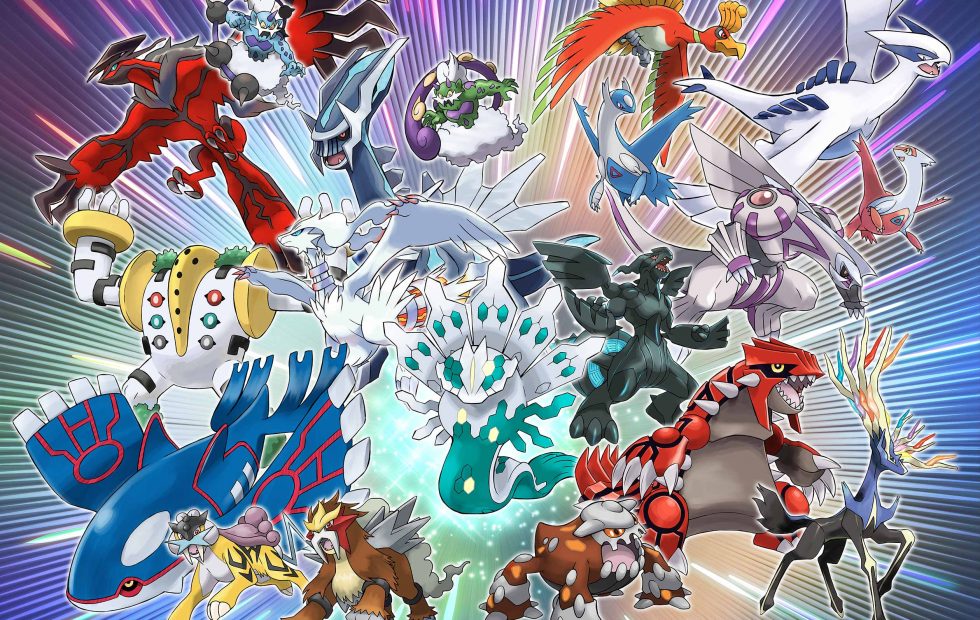 You can only choose 2 cover legendaries to use on your team. So far, the most popular cover legendaries being used are Xerneas, Kyogre, Groudon, and Necrozma-Dusk-Mane. Xerneas’ Geomancy allows it to boost its stats to obscene levels, which will quickly allow it to destroy your team unless dealt with quickly. Kyogre’s bulk, automatic rain, and high special attack allow it to tear through unprotected teams. Groudon’s insane attack, bulk, and automatic sun allow it to cancel Kyogre’s rain and clean up opposing teams.

To be competitive, it is HIGHLY recommended to have a couple of legendaries on your team, though it’s not necessary to pick them for every battle depending on your opponent’s team.

Advice from a top player

Softonic spoke to Nate Innocenti aka NotasVGC, a top VGC player from Illinois who got 42nd at last year’s World tournament. Here is the advice he offered:

1. Don’t expect to be amazing right out the gate. It takes time to develop the fundamentals needed to be successful in the game. Different people learn at different paces. Don’t get frustrated if things don’t come to you right away. They will in time!

2. You can still use Pokémon you like, even if they are not strong in VGC. Your road becomes more difficult if you choose to use less powerful Pokémon, but finding success with them feels that much more of an accomplishment!

3.  Don’t be discouraged if you have bad luck. Pokémon is a game with many RNG components, no trainer has gone a playthrough without experiencing critical hits, untimely burns, game-breaking freezes, or sleep lasting 3 turns. It’s all part of the game, so if it happens it’s best to analyze the battle to try and determine how else you could’ve gone about it. This breeds a very constructive mindset that’ll allow you to improve your skill quicker!

4. Talk to people. If ever you find yourself at a VGC event, you’re literally surrounded by people who share your passion for Pokémon. If at any point you get a chance, strike up a conversation with people. Compliment your opponent’s team while talking about your battles afterward. VGC becomes much more rewarding when you have friends within the community!

5. Never give up. As someone who went an entire season without earning a single point towards a trip to Worlds, I can tell you how frustrating it might be. Keep at it. The very next year, I found myself not only making Worlds, but placing in the top 50 after being 1 of only 25 people to move from day 1 to day 2. Anyone can play this game, so long as you’re willing to put in the work, you’ll find the success to reflect it.

Yeah yeah, I skimmed through all that. So where do I start?

You can look up “VGC 2019 teambuilding guide” on YouTube to see tips from top players on how to build your team. Once your team is planned out, you can practice using it without having to go through the trouble of breeding it in-game using Pokémon Showdown.

Pokémon Showdown is an online battle simulator that allows you to play a variety of competitive Pokémon formats, including VGC, without having to go through the tedium of building your team in-game. It is incredibly popular in the Pokémon community and should be used to practice before committing to your team.

Once you feel confident in your team and skills, you can use the Pokémon Company’s official tournament locator to find a tourney. Once you find a tournament, show off your skills!