The 2013 Formula One season is just around the corner starting on Sunday the 17th of March with the Australian Grand Prix in Melbourne. If you don’t want to miss one lap of the action, then there are a few essential F1 apps out there that you’ll need.

Here is a selection of some of the best apps to follow the new Formula 1 2013 season with.

This is the official F1 app for iPhone, iPad and Android providing coverage of all three practice seasons, qualifying and the race with the user able to track each driver’s lap times and position on the circuit via the app’s 3D map. You can follow the position of every driver on the track simultaneously so you’ll know exactly where they are during the race. When tracking drivers, you can pan, zoom and spin the map, combine the on-screen map with the live leader board and even rotate your device and watch the full horizontal 3D map of the entire circuit. 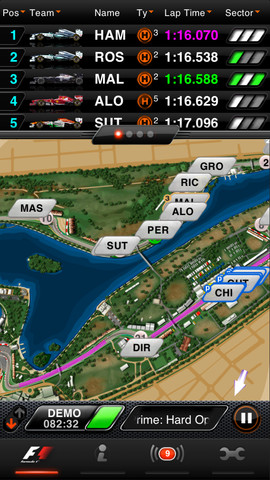 Sky owns the rights to Formula 1 in the UK this season so you can watch all the action live on your iPad. However, you’ll need to be a Sky box subscriber to do so. Even if you’re not though, the Sky Sports for iPad is worth getting simply because Sky’s coverage of Formula 1 is so comprehensive. Plus you get the added bonus of all the other sports that Sky cover as well, especially their exclusive live coverage of English Premiership football. 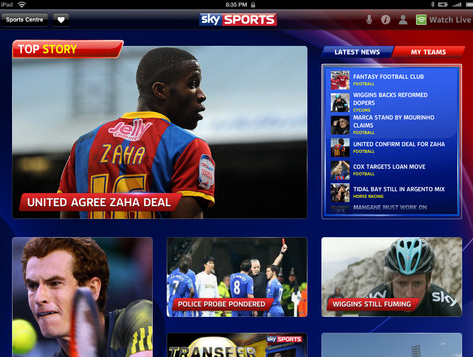 Fancy yourself as a bit of an F1 expert? iPredictor is the official Williams F1 Team app for the  FIA Formula One World Championship season. If you correctly predict correctly enough race results, you also get the chance to join the team as a special guest for the 2013 British GP. You have to login to iPredictor using  your Facebook details and it will post updates on your results to your wall. 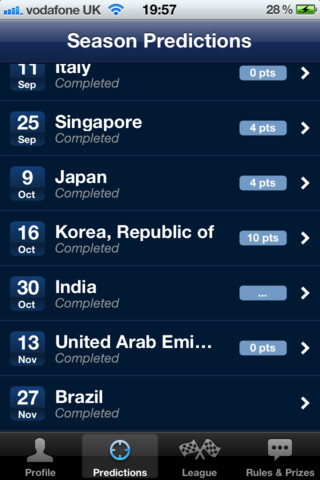 Maxis F1 for iPad is one of the most comprehensive Formula 1 apps on the market. It includes detailed information for all the races and exclusive live commentary, top stories, results, schedule, standings, drivers’ data and more. You can also get push alerts for top 10 race positions, final practice/qualifying and race results, latest team and constructor standings and race schedule countdown alerts. 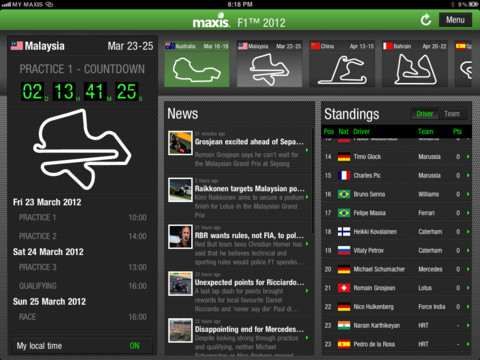