In the U.S., the U.K., and elsewhere, credit scores help lenders determine whether a person can get a loan or a credit card. And while there are some significant problems with the credit system—we can (generally) take solace in the fact that it only accounts for certain aspects of our finances. 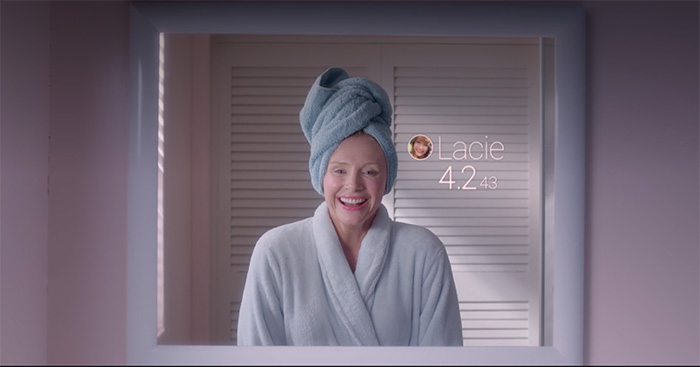 But in China, the government has been busy putting together a social credit system with some serious dystopian implications. The idea of social credit predates social media—and has been around since the 1990s.

The plan for the Construction of a Social Credit System (2014-2020), outlined here, serves to rank trustworthiness based on more than bank records and student loans.

An active pilot program is already in place, and if all goes as planned, social scores will be in full effect by 2020. And, yes, the comparisons to that one social-media themed “Black Mirror” episode are everywhere.

So, why would anyone want this?

China doesn’t have credit. Meaning, there’s no equivalent to things like FICO. Combine that with a lack of trust in the marketplace and the promise of some major advantages like access to better healthcare, discounts, and preferential treatment. Then, perhaps, it’s easier to understand why the Orwellian program has garnered plenty of support.

While this sounds purely terrible on all fronts—there’s a high degree of support for the program. Especially when you look at wealthier, more educated Chinese citizens. (Read: those likely to benefit from the system.)

The outline mentions that the goal is to “strengthen sincerity” in commercial, social, governmental, and judicial constructions – all the ingredients of a peaceful, transparent society.

Supporters see the score as a way to protect citizens from financial fraud, food scandals, and other consumer risk factors. Which, seems fine if you’re scoring businesses or institutions, a la the Better Business Bureau, Glassdoor, or sites like Yelp.

The greatness and danger of WeChat: China’s Super App

What are the perks?

Apparently, the benefits of being ranked at the higher end of the spectrum include some sweet perks—just for being a “good” person.

The problem doesn’t lie in the rewards for good behavior—we all like to be recognized for a job well-done.

Things that improve one’s score include paying your bills on-time, donating to charity, taking care of your family, and buying Chinese goods.

And then, it starts veering into a stranger place; offering points for praising the government on social media and being friends with other high scorers.

Why China is winning the race to 5G

It’s easy to get dinged for little things

Offenses like jaywalking or purchasing too much alcohol at the market can cost you. So can spending too much time on video games. Or, using someone else’s train pass, like this woman.

As it stands, punishments depend on region, and cities like Shanghai have their own methods of calculating scores.

Still, authorities have the power to add “bad actors” to blacklists like the Chinese Supreme Court’s ongoing roster of discredited people.

People on the court’s blacklist are banned from leaving the country, making big purchases, and taking the train. According to this Marketplace article, these people are also banned from staying in upscale hotels, purchasing insurance, or even “lavishly” decorating their homes.

As you might imagine, a few wrong moves — like smoking in public or links to the wrong people on social media — can seriously impact your ability to go about your daily life.

We’ll have to wait until 2020, at least, to see how this large-scale experiment shakes out. Already, people are being blocked from financial access.

Whether they are penalized for a crime, for protest, or non-payment due to lack of funds, this system stands to undermine a lot more than someone’s ability to rent a VIP suite.