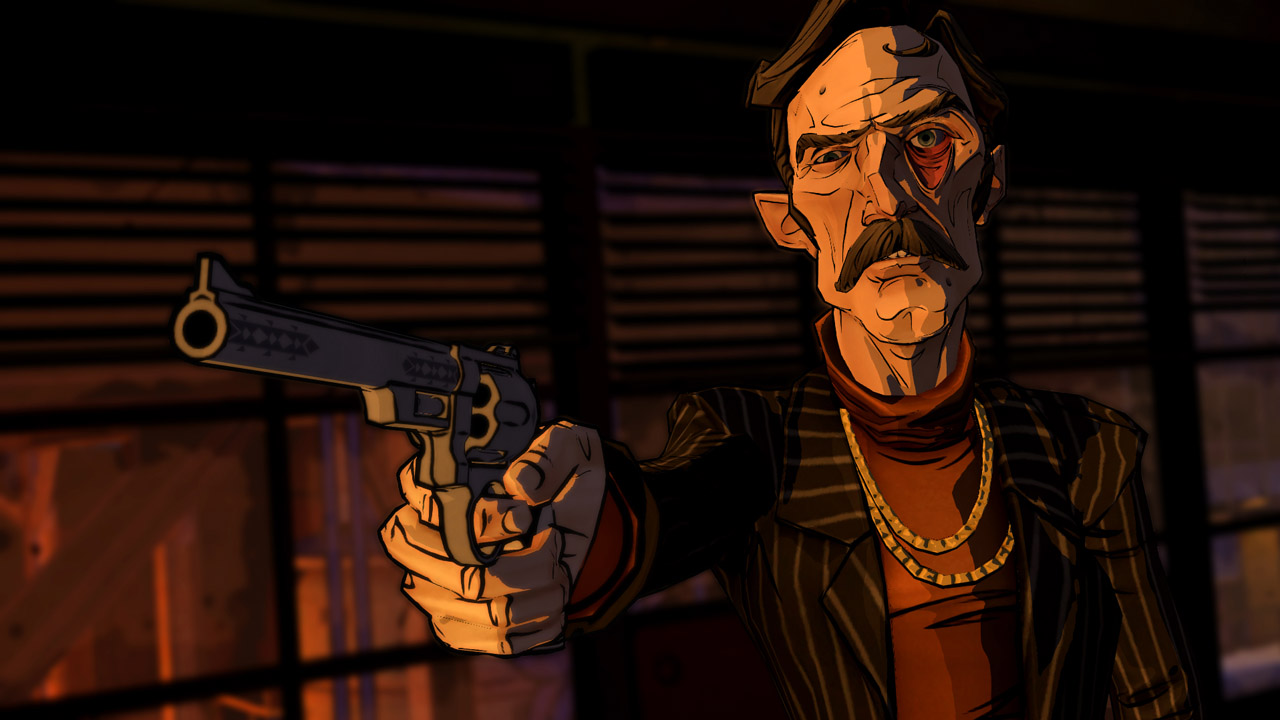 The highly anticipated season finale for The Wolf Among Us game will arrive Tuesday, July 8th. Watch as sheriff Bigby Wolf finally confronts The Crooked Man in the upcoming fifth episode.

DISCLAIMER: The following trailer contains spoilers from the first four episodes of The Wolf Among Us.

The Wolf Among Us builds on the Fables universe, created by Bill Willingham. Play as sheriff Bigby Wolf and solve a string of murders in Fabletown. Decide if you want to be a good cop or bad cop and deal with the consequences of your actions and compare them with other players.

If you haven’t played the first four episodes of The Wolf Among Us, you can download them below.