A backup is a saved copy of your data that you can restore if your original data is erased or stolen. It’s a great idea, but backups can be a nightmare if you rush into them without a plan.

According to data from BackBlaze, in its annual survey, 30% of users have never backed up their computer, and only 10% do daily backups. 93% of users only make local copies, and 46% of home users lose data each year. 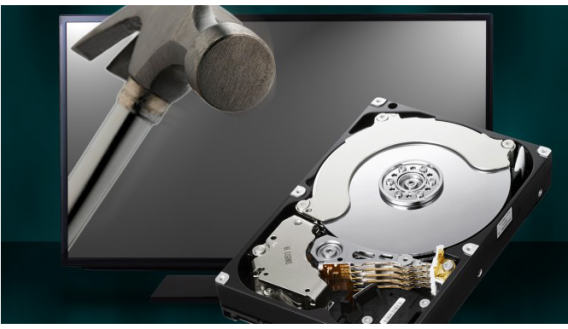 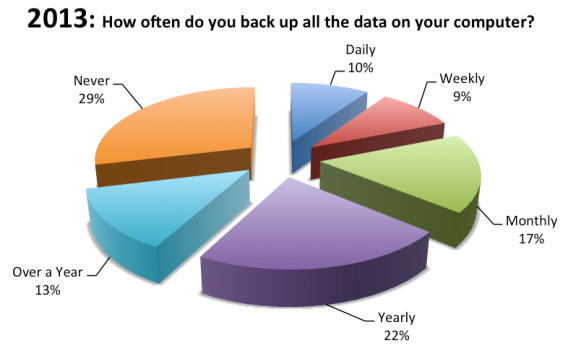 30% of users have never backed up their computer (source)

The same survey states that by 2016, 36% of users worldwide will keep their data in the cloud, but this only adds to concerns. In a Cloud Security Alliance report from 2013, loss of data in the cloud is users’ second biggest concern.

Backups in the 21st century: inside and outside the cloud

Today, with our data in the cloud and on mobile phones, old backup paradigms seem to have become obsolete. The security provided by networks is generally good: if your PC stops working, your documents synchronized in other places are safe.

But the cloud, far from removing the need for backups, has made the situation more complex. The risk of losing your data is still there, especially when there are hackers lurking. Betting on a single horse, or in this case, the cloud, is very dangerous.

From time to time, users discover this the hard way, and end up paying a high price. The best strategy is to combine several backup solutions, covering all your needs. Choosing a solution blindly, just because a friend recommended it to you, for example, doesn’t always result in the best outcome!

There are many ways to back up your data. It depends on the skill of the user, the time you want to invest, and your specific needs. The circumstances also vary. For example, backing up an Android device isn’t the same as backing up a Windows 8 computer.

When asking people how much time it takes to backup their data and how they do it, I’ve noticed that there’s a tendency to treat the data differently according to its importance and the frequency with which it’s accessed.

A model describing the four levels of home backups

From what I’ve seen, I’ve concluded that user data is organized into four levels, sorted by urgency. Let’s see what’s covered and what programs are used.

At this level, we find data that’s the core of our digital identity. It consists of passwords, certificates and digital signatures, encryption keys, and other personal identifiers we’ve stored. Without this data, we can’t access or use the devices at our disposal. The loss of passwords sometimes equals death for a computer, especially if no encryption is involved. An example is losing your Mega password, which means losing access to data forever.

Programs and advice for level I: This type of information can be saved manually, but it’s easier to save using specific programs such as password managers and profiles. We recommend the following:

Level II refers to data important for the present and the near future. Examples include a student’s thesis, a database of customers, or the source code of a program under development. It’s living information, work in progress whose integrity depends on success in work or life goals. By its very nature, multiple versions of this data may sometimes need to be saved, and should be constantly accessible from any device.

Programs and advice for level II: Cloud storage programs like Dropbox or Google Drive are best suited for storing this data, especially if complemented by a traditional file copy program that automates the backup process.

Data that’s no longer of vital importance is stored manually or automatically. Photos, videos, and old emails are obvious examples. WhatsApp and Skype conversations, and browser bookmarks also fall into this category. This data is rarely consulted, but still has value to its owner. Proper organization and maintaining data integrity depends on the ease with which it can be later retrieved.

Programs and recommended practices for Level III: Many people opt for manually copying this data, but it’s best to use a mix of regular backups, file management and retrieval applications, especially on mobile phones.

The operating system and installed applications and the settings, options, passwords that are the part of them are less important when doing a backup. Many users choose to ignore this level completely. If an OS becomes inoperable or damaged, it doesn’t normally affect other data. It just impacts their recovery, which becomes more difficult, but not impossible. Repairing data at this level gets you back to work in record time (and you don’t always have to format the hard drive).

Programs and recommended practices for level IV: The most common practice for preserving data at this level is to create system images (snapshots) that let you restore the computer to its previous state, separating data from programs or applications. 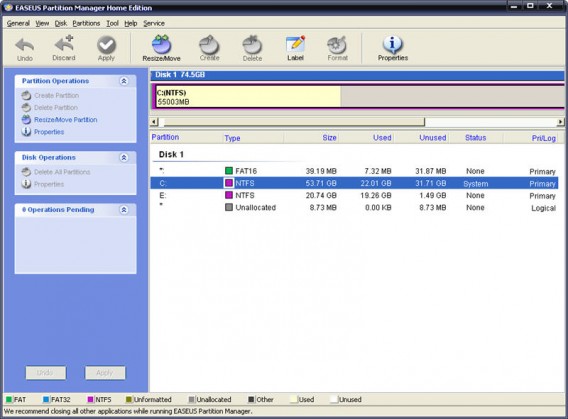 With an additional partition, you can restore the system without touching your documents

Operating systems have become more stable and secure, and have functions for retrieving its original state in case of disaster, using Time Machine (OS X) or System Restore (Windows).

Now build your own “recipe for backups”

A full backup includes all four levels, but not all users are interested, because it can take considerable time and effort. Many people will only make sure they cover the first two levels described above. In my case, my solution consists of:

I have friends who prefer to rely on solutions integrated with their operating system, such as System Restore and Time Machine, and others use complex systems with daily backups and redundant hard drives.

What’s your recipe for home backups?