Google’s Pixel smartphones are known for having some of the best cameras you can find on a phone. The cameras themselves aren’t too special; all of the magic comes from within, via Google’s famous AI. Pixels don’t just snap photos, they build them. When the camera mode is turned on the Pixels are snapping away in the background and then when you hit the shutter release, the phone takes the best data from nine separate images and composites it all into a single photo. In the hands of a good photographer, the results can be stunning. Head over to the Team Pixel Instagram page to see more examples. 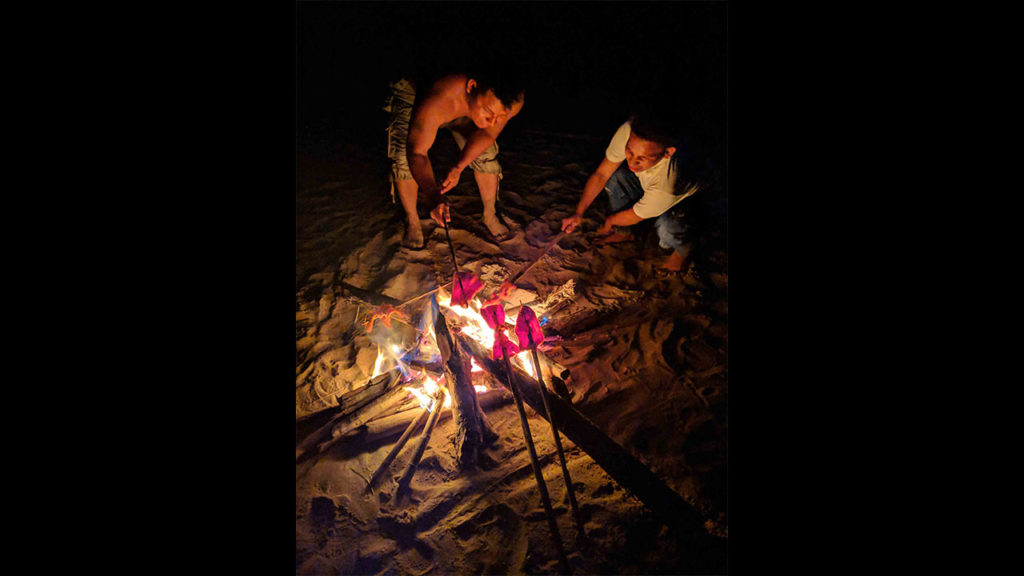 With software as the main driver behind the Pixel’s camera, it stands to reason that Google will be able to update the Pixel cameras with new software and new features. New software can make old cameras better. This is exactly what happened in the run-up to the launch of the Pixel 3 when Google announced a new camera feature called Night Sight. Details were patchy, but the news was that the cameras on the new Pixel 3 phones would be able to take much better photos in low light situations. Once the Pixel 3 launched, reports came in that the feature was impressive, but also that it would be coming to older Pixel phones too.

As a Pixel 2 owner who was about to spend nearly a week in the heart of the Amazon jungle, I was excited about having the chance to really put this new feature through its paces.

I was heading into the largest rainforest on earth near Iquitos in Peru. We had a boat for sailing the Amazon river, and a guide, but no fixed itinerary. The plan was to pitch camp in any safe places we could find and, if necessary, stay with local families in some of the small villages that sat next to the river. We would be far away from any cities or towns with regular power supplies so at night we’d only have small flashlights or the moonlight to guide us. In short, it would be very dark.

How good is Google Night Sight?

You can see the clear difference between these two shots. The Night Sight mode gives the shot much more illumination and makes it much easier to make out everything in the picture. You have to really look at the regular camera image to make out the cat on the table and it is also difficult to determine any of the items on the coffee table at the front of the shot. Also, the colors in the Night Sight shot are much more vibrant with the bright poncho draped over the chair really catching your attention. The Night Sight picture is a massive improvement on the image taken by the regular camera mode.

The difference here isn’t as clear as in the first shot, but there is still an improvement from using the Night Sight feature. The more expansive shot of the whole living room gives Night Sight more light to play with, meaning it can process more information than on the more closed shot of a small section of the room.

How to use Google Night Sight in the dark

When Night Sight is active, a little moon will show on the center of the shutter button. You have to tap this and then hold the camera still while it takes in as much light as possible. You’ll see a circle appear on the screen that will turn white to show you how much longer you need to keep the camera still. Once the camera has gathered enough light and information to work its magic, you’ll be able to move the camera again and snap other photos. You’ll have to wait a few moments for the camera to process all the information and create your photo.

The way Night Sight works highlights a key aspect of the feature. It needs light to work. The darker the scene you are trying to capture, the longer it will take the camera to gather enough light. You could end up holding the camera still for quite a few seconds.

Having fully familiarized myself with how to use Google Night Sight on my Pixel 2, we headed out into to Amazon rainforest. We spent five days sailing along the river and heading into the jungle at various spots in search of wildlife and to learn about the different types of plants and the medicinal effects many of them can have.

At night we stayed in different places with just a mosquito net to protect us. We slept on a small beach created by a sand embankment, in the house of a village shaman, and out in the rainforest itself. Light was always in short supply, so we had the perfect chance to put Night Sight to the test. You can check out some of the shots below.

You can see from the shots above that the best photos are the ones that have a direct source of light in them. The flames from the campfire, the lights from the local shop, and the headlamp all illuminate the images and enable Night Sight to put together much sharper images than the more traditional low-light situations of the other three shots.

The other shots include quite a bit of noise and grain, which shows as either distortion of the images or discoloration. This could be used with an artistic flair, the photo taken in the shaman’s house has a ghostly quality about it, but will often lead to shots looking disappointing.

There is room for improvement, however, and a clear path to make it happen. At the moment, you can’t use Night Sight with the phone’s flash, which is disappointing as all of our test shots showed that direct sources of light really help Night Sight work its magic. If you add to this just how terrible the Pixel camera flash is anyway, putting these two camera features together could help Google take its low-light smartphone photography to the next level.

All-in-all, however, Google needs to be applauded for its new Night Sight feature. It marks a clear improvement over the regular camera setting and allows users to capture memories and moments at times when it would normally be impossible. I’m very happy that they added the feature to my Pixel 2 and think that other phone manufacturers need to start working on their own Night Sight feature for their handsets too.