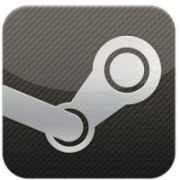 onths there has been speculation that Valve would bring their cloud gaming platform, Steam, to the living room. With the newest Steam beta, Valve is launching its assault on the console gaming market. Valve is now testing a new feature called ‘Big Picture,’ which gives the desktop version of Steam a TV and controller friendly interface.

PC gamers are some of the most passionate, investing thousands of dollars in expensive computer equipment but most people value the convenience and low cost of console gaming. A gaming console is much cheaper than a gaming PC and doesn’t need to be upgraded, especially if users want the latest and greatest graphics cards. While Valve isn’t attacking console gaming on the hardware front, Steam and its Big Picture interface is definitely attacking consoles on the software front.

Let’s take a look at how Valve has transformed Steam to work on the television.

At the top of the Steam beta, you’ll see an icon for Big Picture. Clicking on that will launch a full screen TV interface. You can use a traditional mouse and keyboard to navigate the interface or hook up a PC game controller to navigate the menus. The Microsoft Xbox 360 controller for Windows works perfectly. 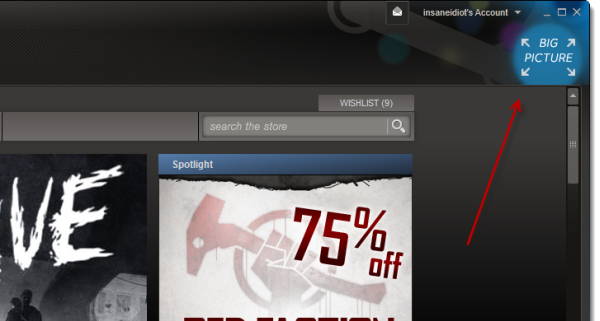 The interface is well thought out and visually appealing. Big icons and ‘cards’ popular the screen, which is reminiscent of Microsoft’s Modern UI, though there is more depth with Big Picture. A nice visual flourish that is included in Big Picture is how items move in and out of focus as you navigate around menus, helping to guide your attention. 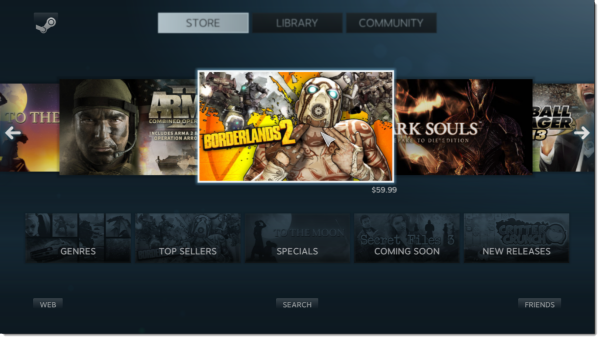 Steam’s extensive library of games can still be accessed. Browse games with the card interface or you can search. I had trouble using the search feature and accessing the store pages for games. This is still a very early beta of Big Picture so I’ll cut Valve some slack. 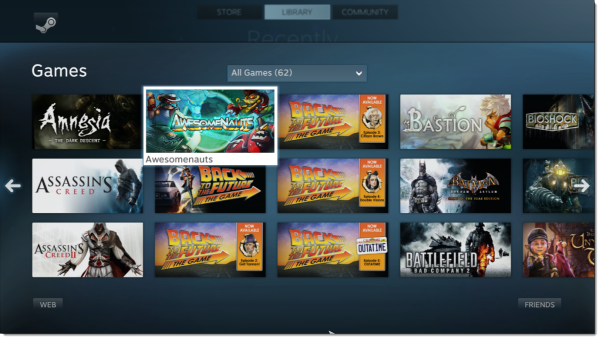 Players’ library of games is also accessible within Big Picture. From the Library tab, you can browse, download, and view your achievements. You can really see the influence of the Xbox 360 interface from here. 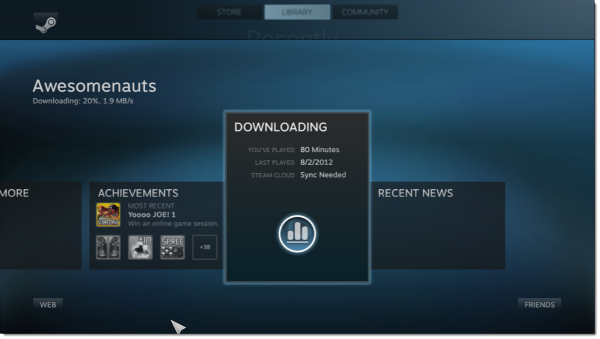 There is a built in web browser that uses big tiles for your favorites. You can bookmark and favorite sites. It’s a pretty stripped down  browsing experience but works for the most part. 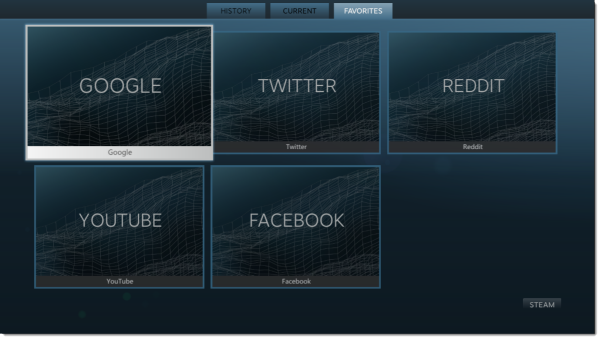 Voice and text chat is also available so you can keep up with your Steam Friends on the couch. Chat works just the way you expect. Chatting with multiple friends at once can be an issue as a single chat takes up the entire screen. Valve went and included an intuitive keyboard interface for typing relatively quickly with a game controller. The interface looks like a flower where you can access different groups of characters with an analog stick and selecting specific characters. 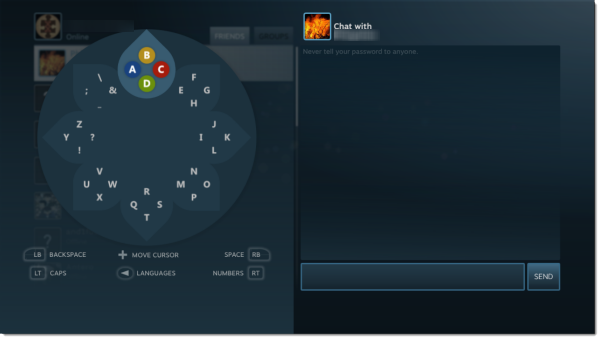 Not so seamless is the fact that pop ups that aren’t generated by Steam take you out of the full screen experience. For example, after launching a game, Windows’ User Account Control popped up asking for permission. Since it pops you out of Big Picture, you can’t use its slick keyboard interface to type in your password. You’ll have to reach for your mouse and keyboard. 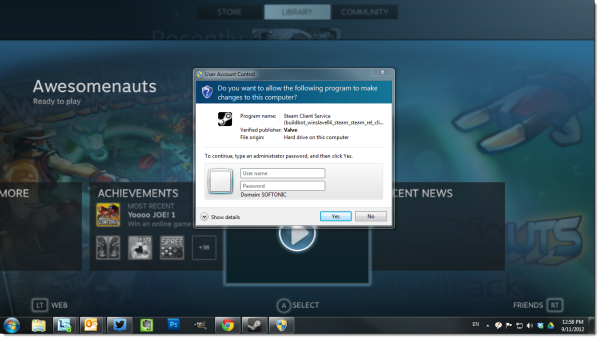 Steam’s Big Picture feature has a long way to go before it’s ready for prime time. Still, I’m very impressed by what Valve has done to make Steam accessible in the living room. It has never been more tempting to build a powerful home theater PC.