These are Instagram’s 10 most popular accounts 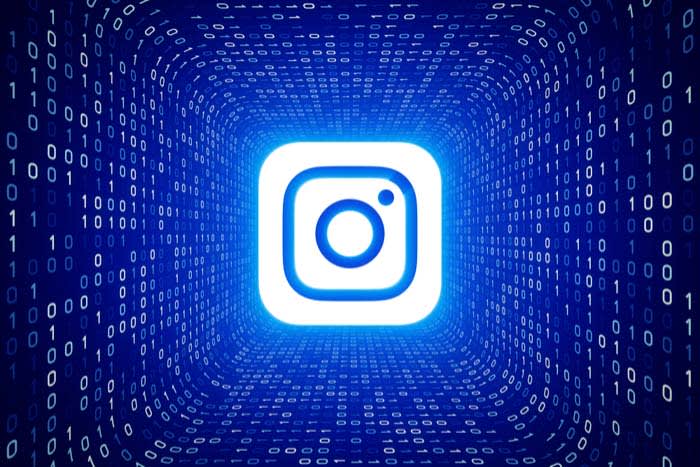 For years now, Instagram has grown and grown. So much so, that the hip social network recently announced it has a whopping 1 billion users who are active on the platform every month. That is a lot of people uploading photos and videos every month, so it can be hard to know where to start.

If you’re new to the platform and thinking who should I follow on Instagram? Or if you’re thinking of following some new accounts to fill your feed with cool images, videos, and stories,  we’re here for you. To get you started, we thought we’d answer one of the most asked questions about Instagram, and in the process help you fill your Instagram feed with more beauty, inspiration, and excitement.

Yep, Instagram has its very own account on the coolest Social Network around, and it has more followers than any other account. The @Instagram account is a showcase for some of the slickest images you’ll find on the platform. Dogs, cats, and other internet and world superstars adorn the Instagram page alongside mind-blowing photos by some truly gifted photographers that will take your breath away. Most of the posts are images, but every now and then you’ll find some fantastic videos nestled in there. Like this 19-year-old cellist who was asked to play at the Royal Wedding, or of an incredible lightning storm over Chicago.

The footballing world is truly blessed at the moment to have two of the best footballers ever battling out to win our hearts and pick up as many winners medals as is humanely possible. On the pitch, Cristiano Ronaldo and Leo Messi might be neck and neck, but on Instagram Ronaldo is miles ahead. Ronaldo’s Instagram is a very human account with family photos and images of him goofing around with his friends mixed up with promo shots and images of him proudly holding the Champions League trophy (he has won it a whopping five times). There is even a pic of him donating blood, in an attempt to get more people to do so.

The amazing Ariana Grande is shattering records and blazing trails in the music industry. Posting exclusive behind-the-scenes images and videos, her followers are treated to a slice of what is going on with her when she is doing what she does best: making incredible pop music.

Selena Gomez is a global superstar who was Billboard’s Woman of the Year in 2017. She is a singer, actress, and producer who has collaborated with some of the world’s biggest acts and has sold over 7 million albums and 22 million singles. She’s had relationships with Justin Bieber and The Weeknd and her Instagram account gives a peek into life, work, play, and some of the causes she champions.

If you’re a pop music fan, you may already follow Gomez, but if not, her account is worth checking out for style inspiration for posts of your own.

DJ: Say cheese, Diego. Diego: I will bitch slap you into next week with my flipper if you ever tell me what to do again. DJ: I love you too buddy. Good to spend more time with the animals and marine biologists at the Atlanta Aquarium with the ohana this past weekend. Important to see first hand the good work being done behind the scenes. My twin Diego here was rescued in San Diego from underneath a police car. Crazy story, but he’s a big (500lbs) happy boy these days. Especially after we shared some tequila together. #AtlantaAquarium #Conservation #TwoDudes

Is anybody more likable than Dwayne “The Rock” Johnson? Proudly showcasing off his huge muscles and the massive amounts of work he puts into building them, he has become one of the world’s biggest movie stars. The Rock posts pictures of food, shots of him in the gym, movie promo shots, and even memes that he loves to get involved with. You’ll even find old-school pics and epic movie trailers in Japanese.

What needs to be said about Kim Kardashian that isn’t already known? She is a global phenomenon and her Instagram page looks incredible. It showcases fashion photos, promo pics for makeup, shots from when she was a kid, and plenty of family photos that feature her, Kanye and the kids.

She may be Kim’s younger sister, but Kylie Jenner is a force in her own right. (She’s also the youngest billionaire in the world!) Her photos dazzle, but she also plenty of heart-warming stuff and behind-the-scenes pics and videos. She also pushes her cosmetics line pretty hard.

Thank you to the Brits for the award for Best International Group. I won this award back in 2002 with my besties, Kelly and Michelle. How lucky am I to have been in a group with my other best friend, the GOAT Hova. 🙌🏾 In honor of Black History Month, we bow down to one of our Melanated Monas. Congrats on your pregnancy! We wish you so much joy.

Queen B’s Instagram account looks like something that will be displayed as an interactive exhibit in a museum of the future. Both arty and inspirational, it also shows off a lot of fantastic shots from her live shows and is, of course, home to one of the most-liked photos ever posted on Instagram, her pregnancy announcement photo.

AHHHHH @thefavouritemovie just won 7 @bafta awards !!! Bout to go give some high fives – thanks @stellamccartney for this dressss 😆

As you can imagine, this list reads like a list of the most famous people in the world, and Taylor Swift definitely belongs in that bracket. A global pop superstar, her Instagram account shows off explosive pics from her live shows and lots of promo and behind the scenes shots, but also more intimate personal stuff like silly photos and videos of her cat.

Like his fellow footballer on this list, Neymar is turning his on-field success into Instagram stardom. In 2017, Neymar joined Paris Saint-Germain in a deal worth €222 million, making him the most expensive player ever. Last year, he hauled in more than $95 million between his salary, bonuses, and endorsement deals.

How to change your Instagram settings to use less data ►

How to view Instagram stories without your friends knowing ►