“No one’s ever really gone.” 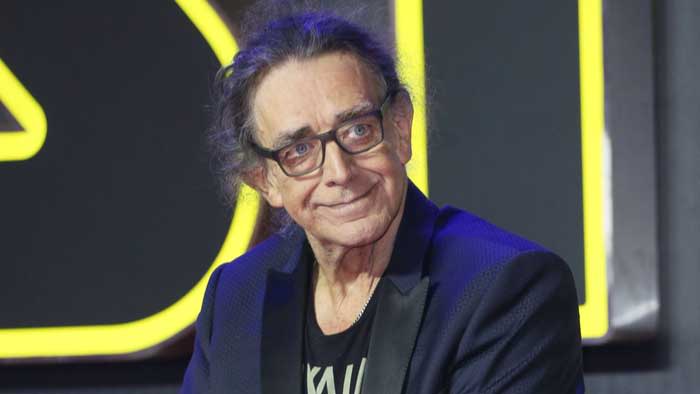 Those are the words Luke Skywalker spoke to his twin sister Leia at the end of “The Last Jedi.” They were echoed again in the trailer for “The Rise of Skywalker.” Today, Star Wars fans think of those words again. Peter Mayhew, the actor who portrayed Chewbacca, has died at the age of 74.

The family of Peter Mayhew, with deep love and sadness, regrets to share the news that Peter has passed away. He left us the evening of April 30, 2019 with his family by his side in his North Texas home. pic.twitter.com/YZ5VLyuK0u

Producer Charles Schneer discovered the 7’3″ Mayhew working as a hospital attendant in London. His first role came in Ray Harryhausen’s “Sinbad and the Eye of the Tiger.” The next year, he joined “Star Wars” as the lovable but ferocious hero Chewbacca. Although he was covered in fur, Mayhew’s body language and piercing blue eyes helped breathe life into the iconic character.

George Lucas dreamed up the Chewbacca character while he was driving. He looked over to see his dog sitting in the passenger seat and the world’s most famous co-pilot was born. Chewbacca’s name is derived from the Russian word for “dog.” Mayhew last portrayed Chewbacca in 2015’s “The Force Awakens.” He was in the costume when Harrison Ford’s Han Solo said, “Chewie, we’re home.” Since that film, Joonas Suotamo has embodied the Wookiee full-time, though Mayhew frequently helped him as a consultant.

Mayhew was a regular presence at fan conventions and regularly interacted with the public. He even posted his thoughts on Reddit after Carrie Fisher’s untimely passing two years ago.

It’s okay to grieve from r/StarWars

As the news broke, Mayhew’s frequent co-star shared his own thoughts on Twitter.

He was the gentlest of giants-A big man with an even bigger heart who never failed to make me smile & a loyal friend who I loved dearly-I’m grateful for the memories we shared & I’m a better man for just having known him. Thanks Pete #RIPPeterMayhew #Heartbroken @TheWookieeRoars pic.twitter.com/8xbq9HEWF2

Much more than Chewie to me…My heart hurts…I will miss you my dear friend…thanks for the great memories! #RIPPeterMayhew #StarWars pic.twitter.com/0DfCo59zpG

George Lucas said, “Peter was a wonderful man. He was the closest any human being could be to a Wookiee: big heart, gentle nature…and I learned to always let him win. He was a good friend and I’m saddened by his passing.”

RIP Peter Mayhew. To create a beloved character with warmth and humor is a testament to any actor’s spirit. To do it under a half ton of yak hair takes a true legend. ❤️❤️

In a statement, Harrison Ford said, “Peter Mayhew was a kind and gentle man, possessed of great dignity and noble character. These aspects of his own personality, plus his wit and grace, he brought to Chewbacca. We were partners in film and friends in life for over 30 years and I loved him. He invested his soul in the character and brought great pleasure to the Star Wars audience.”

Mayhew’s family told ABC news the actor died of a heart attack. They will hold a private memorial on June 29. If you’d like to honor the actor’s memory, consider a donation to The Peter Mayhew Foundation.