Pirates of freedom or fraud? 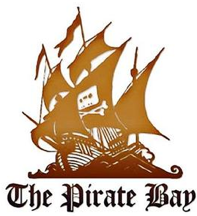 It’s ironic that Sweden, a country renowned for its law abiding citizens, has recently become the centre of a huge trial over the legality of P2P downloading. The Pirate Bay, one of the biggest torrent hosting sites in the world, was setup by four Swedes committed to the spirit of freedom of information and sharing that thrives on the net. In January, they came-up against some of the biggest and most powerful showbiz lawyers in the world and a verdict is expected later this month. Scrutiny of the case is unprecedented – you know something is popular in Sweden when TV interest ranks only second to Melodifestivalen (a horrific spectacle dedicated to finding Sweden’s entry for the Eurovision Song Contest).

At the same time as the trial, a new restrictive “IPRED lagen” (IPRED law) came into law on April 1st and saw internet traffic decrease by 33% in Sweden. IPRED simply enforced a European Union directive that allows copyright holders to obtain the addresses of Pirate Bay users from Internet Service Providers – something that was previously illegal under Sweden’s privacy laws.

The much publicised case revolved around one central tenet – P2P file sharing is straight-out theft and the Pirate Bay are complicit in this theft. More precisely, the prosecution argued that the Pirate Bay were guilty of “promoting other people’s infringements of copyright laws”. The defence argued that the Pirate Bay were guilty of nothing. They didn’t store any of the media available to download because it was the users that exchanged the files between themselves. The Pirate Bay was merely a torrent search engine very much like a specialised Google. How can you prosecute something that is merely a search engine, they argued. 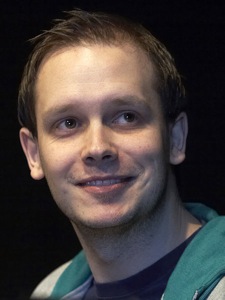 However, even if they had been guilty of hosting copyrighted material, it’s clear that the founders of Pirate Bay have little concern for the law. In an interview with the BBC, Pirate Bay co-founder Peter Sunde explained why regardless of the commercial issues involved, he didn’t shed a tear for the music or film industry:

I think it’s okay to copy. They get their money from so many places that the sales is just one small part. Take the latest Bond movie. What car was it? Oh, it’s a BMW. His phone is a Sony Ericsson. I don’t think that’s a coincidence. I think they got a load of money for having those products in the movie…If I want it, I take it, ’cause I can. It might be moral to some people but I think it’s up to me to decide. Why should they [take action against me]? I still go to the movies, I still spend money on the movies. Everybody does it so everybody wants to download movies. The public opinion is it should be legal.

Asked if he felt obliged to pay for what he was downloading, co-founder Frederick Neij was equally dismissive:

I do pay for it by listening to music, by bringing the music to my friends, they bring it to their friends and they go to concerts, I go to concerts,” he says. “The actual product doesn’t have to cost anything in order to make money.

Incidentally, asked if there’s any other laws they like to break, the speed-limit was one they said they both don’t lose any sleep over. The most serious legal accusation leveled at them is that they are making millions in advertising revenue from the Pirate Bay. It’s hard to ascertain the truth on this although certainly from the BBC interview, they don’t look like they’re living like millionaires. One Digg user claiming to be “toba” of the Pirate Bay team rejects this completely saying:

lol, if we made millions of dollars I wouldnt work my ass off as an electrician every day. if we hired a bunch of people to sell ads we could probably make more money than we do now but please, do you think that the people who have ads on our site pay as much as the companies that have ads on like cnn and stuff? cause thats how this ***** calculates. take a look at our ads and go figure 🙂

Even if they were proved guilty of this, are they anymore guilty than Google making money from Adsense for pointing people in the right direction? After all, it seems to me that the Pirate Bay is guilty of nothing more than pointing people in the right direction to obtain the music, films and applications they like. If you were to advise a friend of somewhere or someone he can get an album for free, should you be punished for doing so? Or put another way, should I be prosecuted for lending my friend Martin a copy of “Now That’s What I Call Music” on tape in 1985. I thought it was a good compilation (except the track “Caribbean Queen” by Billy Ocean which was rubbish) so I wanted to share it with him. If he decided to copy it, well, that was nothing to do with me.

The difference is, technology has come a long way since I lent Martin that tape. 20 years on, the technology is out there to share on an unprecedented scale. I could put a copy of one of my favourite albums on my hard drive, share it via torrent and within a matter of hours, thousands of people could be listening to it worldwide. Should the Pirate Bay, or any torrent site, be blamed for that?

Even if P2P file sharing is considered theft, music sales in the high street may be going down but sales of music online are going up – iTunes reported sales increased almost 30 percent in 2008, breaking the $1 billion mark for the first time. It’s clear that the future of music distribution is online and it is the fault of both the music and film industry that they haven’t fully prepared for this in time. In addition, many people who download music via P2P recommend it to others and go onto see a band in concert if they like an album. PRS for Music announced today that British bands musicians made almost $200 million touring oversees in 2008 – $30 million more than they make in royalties from albums. In this way, it can be argued that what P2P file sharing takes from the music industry with one hand, it gives back to it with the other. I’ve personally gone to see bands in concert that I wouldn’t normally have even listened to if I hadn’t downloaded their album. Finally, even if the Pirate Bay is ordered to close down when the verdict is announced later this month, we all know that it will return in another form or guise at a later date, or simply move it’s servers elsewhere as it did in 2006. The Pirate Bay have already started a VPN project to get round IPRED known as ipredator. There are so many torrent sites out there anyway, it would be impossible to suppress them all.

Whether you consider it theft or not, P2P file sharing won’t go away just because a law is passed. In Sweden, public feeling is overwhelmingly against laws such as IPRED and unlike the political arena, the nature of the internet is democratic enough to ensure that what the public wants, it eventually gets. In the digital age, maybe it’s the definition of what theft is that needs changing and not the law.

How to Use Lulubox in PUBG Mobile in 3 Easy Steps