When it comes to screen capturing, most of the content editors here at Softonic use SnagIt. It’s a powerful, reliable tool we’ve grown to love over the years. But that doesn’t mean there are other interesting alternative apps, like Screenpresso – a free, handy screen capturing tool I stumbled upon a couple of days ago. 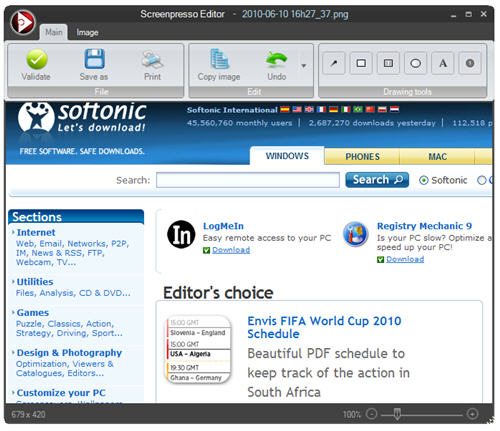 Screenpresso is a bit different from SnagIt. It doesn’t feature as many capturing modes or editing tools as Techsmith’s tool. But  it also has some clear advantages: it’s free, it doesn’t require installation and it works perfectly fine for most people’s basic capturing and editing needs.

When you launch Screenspresso, you can choose between installing the program or simply running it. In either case, Screenpresso icon in the system tray with direct access to the program’s capturing modes and a history of captured images. 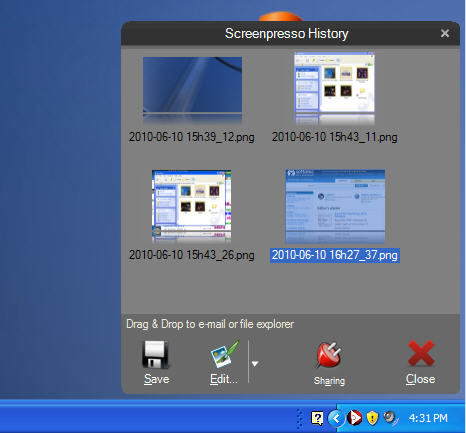 The Region capture mode lets you grab any area on the desktop, but as it detects window edges, you can use it to capture active windows and applications as well. Also, if you have a transparent visual theme (like in Windows Vista and Windows 7), Screenpresso cleans the background for a perfect result.

Once you’ve captured the image, you can edit it in the program’s built-in editor, and add arrows, textboxes, several predefined shapes, borders and shadow effects. The best thing is that Screenpresso also lets you export the image directly into other editors, like Paint, Picasa – or SnagIt itself, if you have it installed. 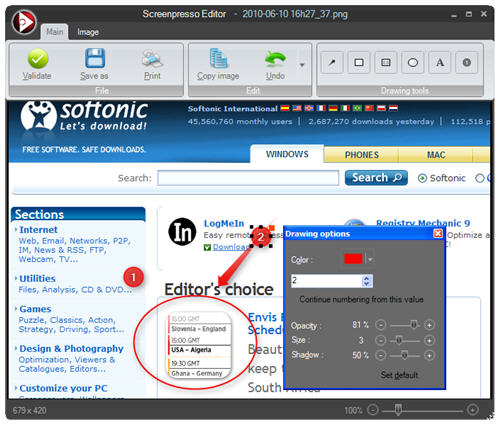 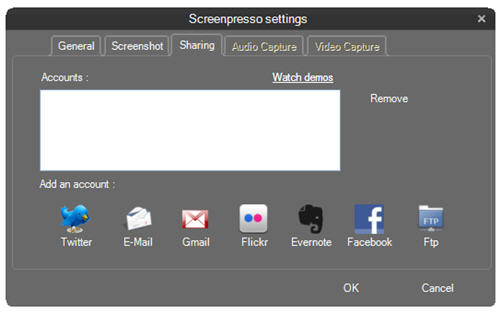