Getting a new device is an exciting feeling. Android devices are relatively empty of apps unless you bought a customized third-party device. 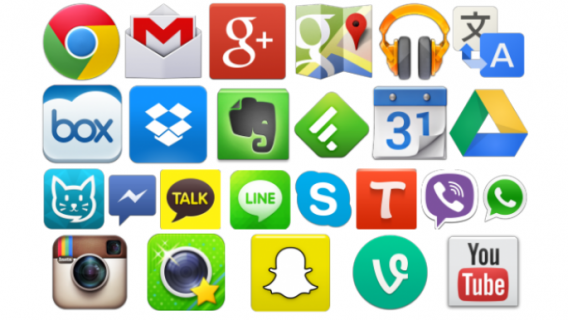 What apps do you install?

It’s difficult to not dive into the Google ecosystem on an Android device, unless you’re an advanced user who will install a custom ROM the first chance they get.

But Google’s first party apps are all useful and worth having.

It’s a list of apps that are available and, if you have a Google account (likely a Gmail account), then using all these apps is recommended. An advantage to using Google apps is that they sync across devices. An example is searching for locations through Google Maps logged into your account – the results will also show in Google Maps on Android.

Being connected to your social accounts is a big benefit of a smartphone or tablet. There are a lot of alternatives besides Facebook and Twitter, but some of them are region-specific. Most of your friends will probably use one of the two main ones so installing them to remain connected is a good idea.

The included Android camera app works well enough to take quick photos, but if you’re looking for more options like filters you will need to look elsewhere. The most popular app for photo is Instagram, but there are others like Line Camera which is popular in Asia.

There are a lot of different photo apps, so you’ll need to experiment a little to find the one that suits you best.

Other than photos, videos are becoming more popular with Vine or Snapchat. Video apps also are plentiful in Google Play and app quality differs a lot. Another great standby is YouTube, to watch all those viral videos.

Even though it’s difficult to be equally productive on a mobile device, it’s good to be able to access important files and information from other accounts. There some great productivity apps that are connected through the cloud to keep all your information current.

The age of texting is dying and is being taken over by messaging apps. Many apps combine chat and video and others allow for free calling through data or Wi-Fi.

It’s a great way to keep in contact with friends who are overseas and not readily available to talk.

Unless you’re an advanced user, you won’t need superuser apps, but it’s always good to have access to storage on your device. There are also other apps that are helpful to use when setting up security on your mobile device.

Pick and choose what works for you

One of the great things about Android are the customization options available in the operating system. This is just a selection of popular apps that a lot of people use and you won’t need all of them. Find out what your friends are using, especially for the communication apps.

If you’re getting started in the Android ecosystem, it may take some time before you get the perfect apps for your device, but don’t worry about trial-and-error. It’ll be worth it in the end.