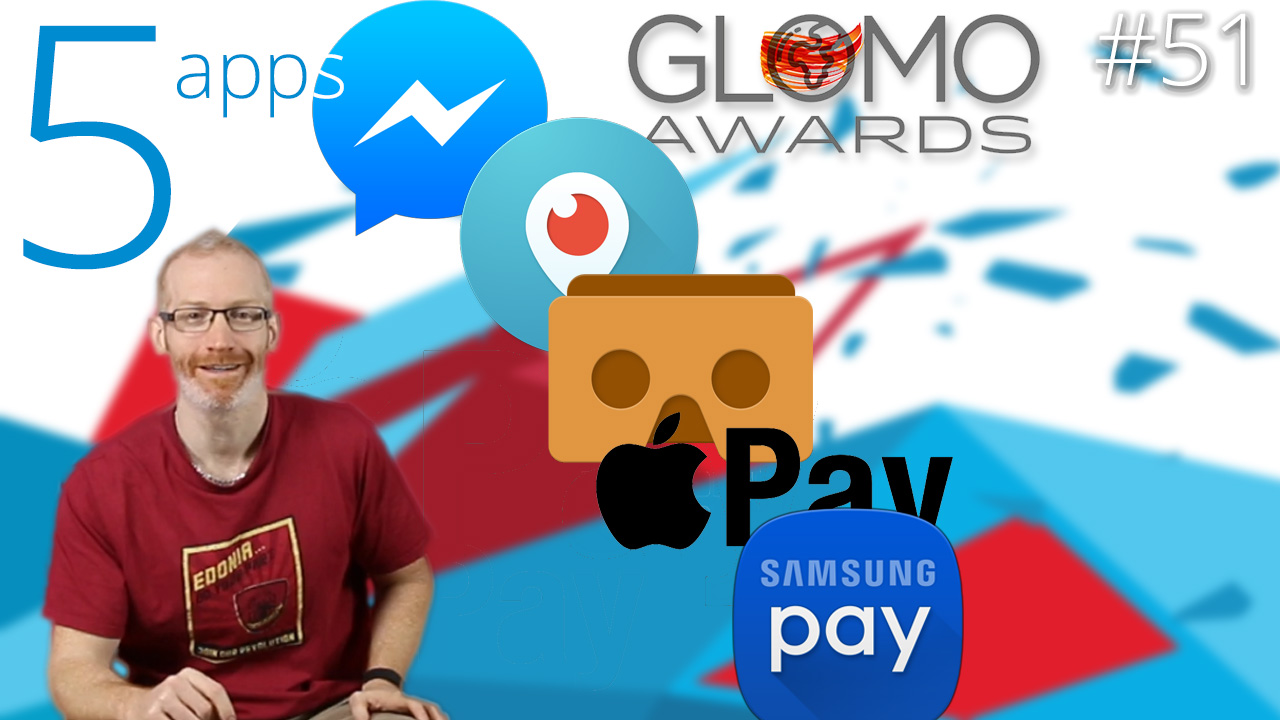 It’s time for the Mobile World Congress (MWC), where we get a change to look at the future of all things mobile. This year Softonic is sponsoring the GloMo Awards, so we thought that in today’s show we would have a look at the five amazing nominees for best overall app.

When Facebook announced Messenger as a separate tool, we all felt its life span would be limited. We were wrong, with the social platform’s huge number of users all keen to have a separate tool to easily message their friends with text, emoticons, stickers, photos, videos, GIFs, and even calls.

If you caught our 5 Virtual Reality Apps episode recently you will already know the next nominee, Google Cardboard. With your phone, this app, and a cardboard headset you can easily experience the technology that is revolutionizing the media landscape without the need of a $600 device.

Since Twitter started to let you view videos from your timeline, Periscope has gone from strength-to-strength. And it’s easy to see why: in this world of instant media and personality-driven content, the ability to stream from your phone to the whole world is powerful. Particularly when your viewer can comment and like live.

The final nominee is another payment platform Samsung Pay. Unlike Apple Pay, this app doesn’t rely solely on NFC, but also utilizes a patented tech that lets it be read by magnetic stripe readers. Its tokenization system generates a unique reference number for each transaction, ensuring security.

Those are the nominees, if you want to know the winner check our Twitter, Facebook, and YouTube channels next week, where we will be bringing you all the highlights from the MWC.

5 apps to get the most out of Chromecast