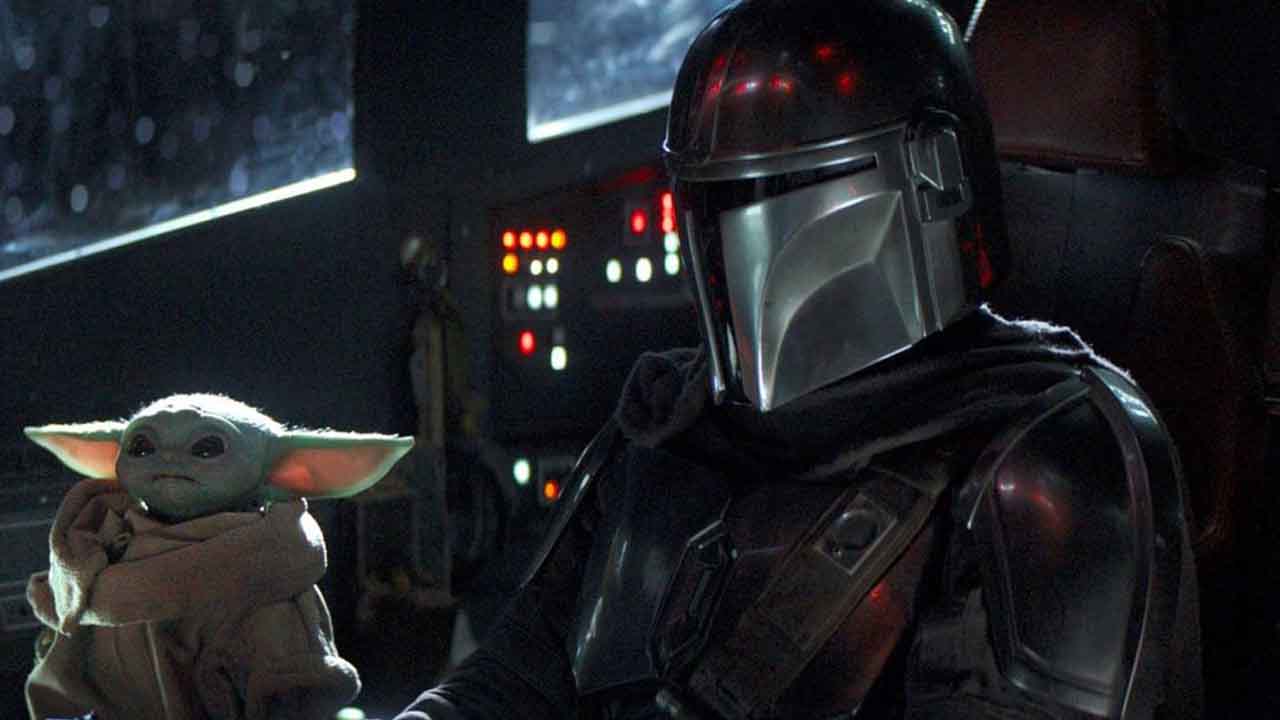 It goes without saying that 2020 has been an atypical year because of the COVID-19 pandemic. Whether you’re confined or simply too afraid to go outside, you have probably found your home to be the perfect refuge from the virus. Fortunately, you can rely on streaming services for movies and series to make your long days and nights more bearable. One of the latest platforms to hit the market is Disney+.

Disney+’s impressive catalog is packed with content to please kids, teens and even adults. You’ll find the most famous Disney series, classic movies, new releases and everything related to the Marvel and Star Wars universes. Oh, and not to mention the best National Geographic documentaries!

If you’ve been a Disney+ subscriber for a few months but don’t look at the catalog often, or if you’re thinking of subscribing to this service, this article is for you. We’re going to share a roundup of the best titles on Disney+ to enjoy in 2020. Because as the old saying goes, when life gives you lemons, make lemonade! And what better way to beat the monotony than a relaxing marathon of series and movies?

The best animated movies on Disney+ in 2020 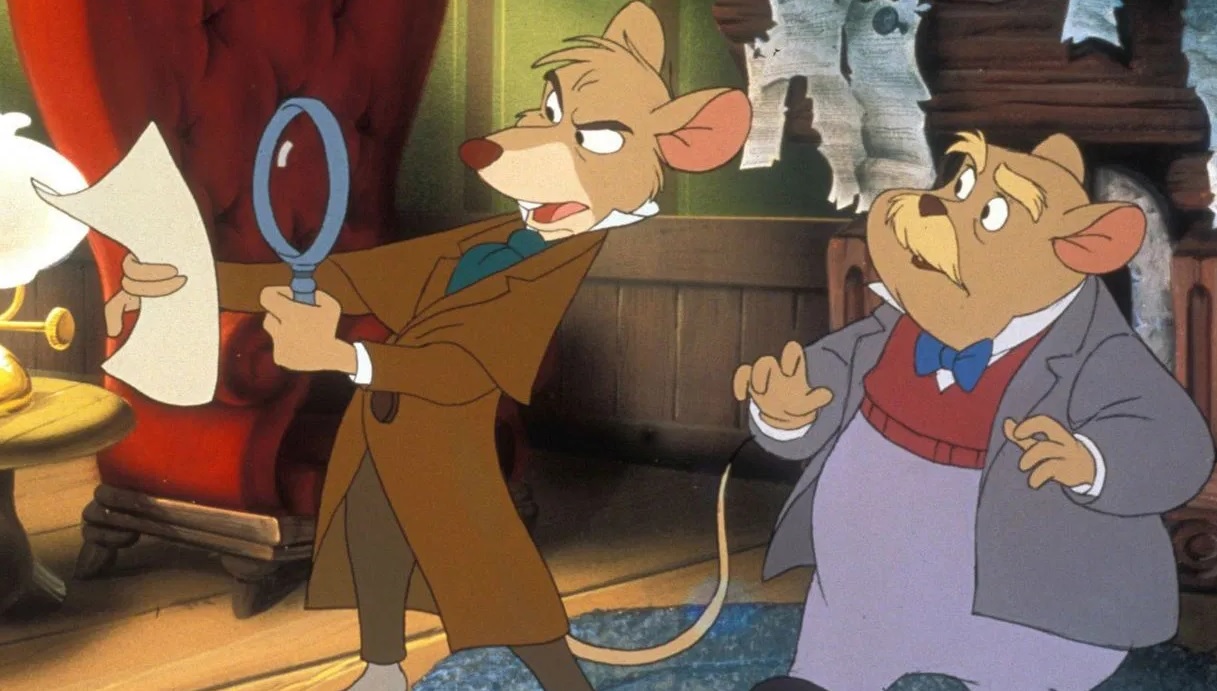 We’ll kick off our list with an animated Disney classic that is often forgotten. The Great Mouse Detective is a fantastic movie that will immerse you in a world of mystery. And for good reason, because the main character is none other than the mouse who lives alongside Sherlock Holmes! Basil is joined by his loyal companion Dr. Dawson and Toby the dog on the adventure of a lifetime as they search for little Olivia’s lost father. Don’t miss the final scene of the conflict with Ratigan. It’s priceless! 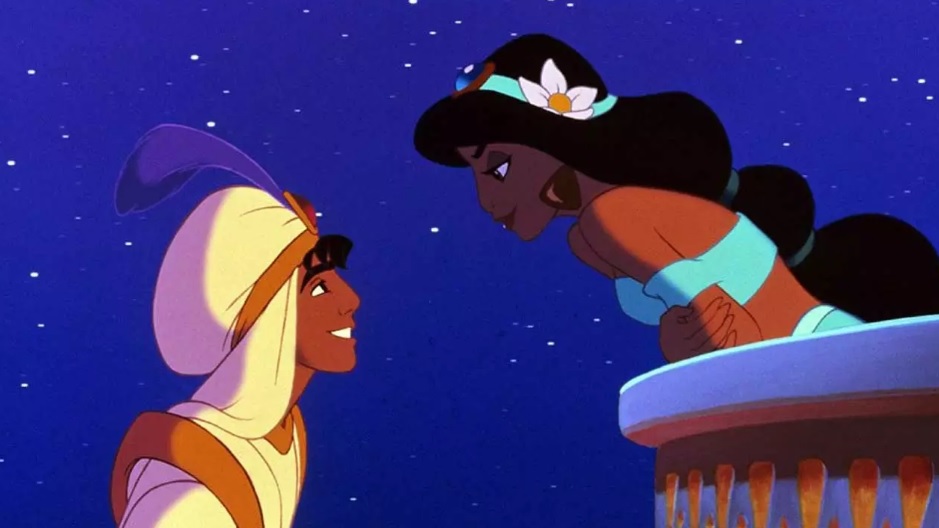 Have you ever fantasized about what you would wish for if you found a magic lamp? Young and in love, Aladdin knows exactly what he desires, but things won’t end up going as smoothly as he hoped. The villain Jafar won’t miss his opportunity to become sultan with the genie’s help.

The Little Mermaid was the film that marked a turning point for Disney’s animation studio. Few of its movies are as unforgettable as the adventures of young Ariel. Join this sweet mermaid on her unique journey to become human and marry her true love, Prince Eric. However, time is running out, and Ursula, the Sea Witch, won’t make things easy for Ariel. 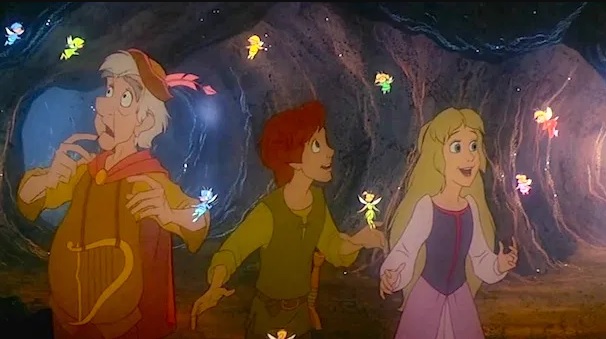 Here’s a film that needs to be rescued from oblivion. The Black Cauldron is a real treasure that fantasy fans are sure to love. Based on the first two books in The Chronicles of Prydain, it tells the story of Taran, a young swineherd who dreams of being a hero. He’ll have the chance to prove his bravery when, alongside Princess Eilonwy, the bard Fflewddur Fflam and the adorable Gurgi, he’ll have to defeat the Horned King and his army of undead warriors.

The best Pixar movies on Disney+ in 2020 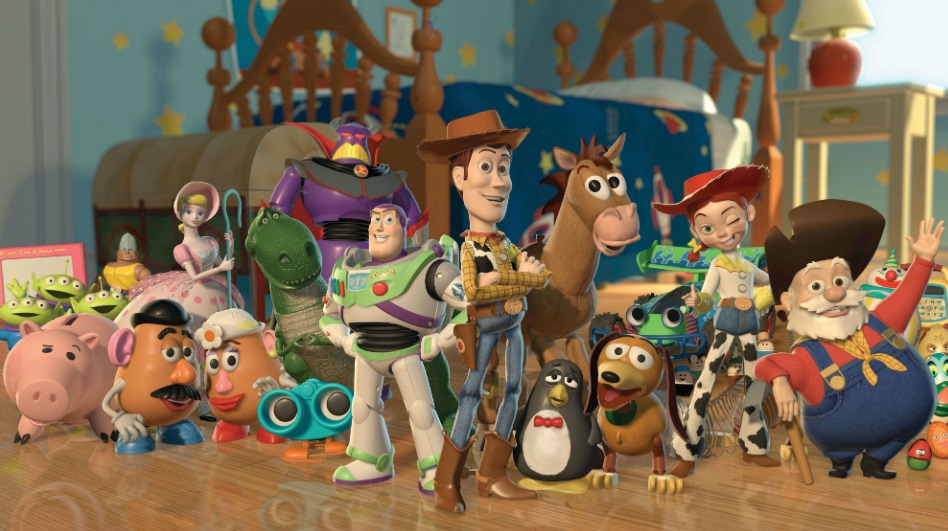 We can’t talk about Pixar films without mentioning its greatest (and funniest) saga, Toy Story. Regardless of which of the four films you choose to watch, we promise that you’ll love it. Join Sheriff Woody, Buzz Lightyear and the rest of the toys on their zany adventures as they try to make the kids in their home happy. Belly laughs are guaranteed. 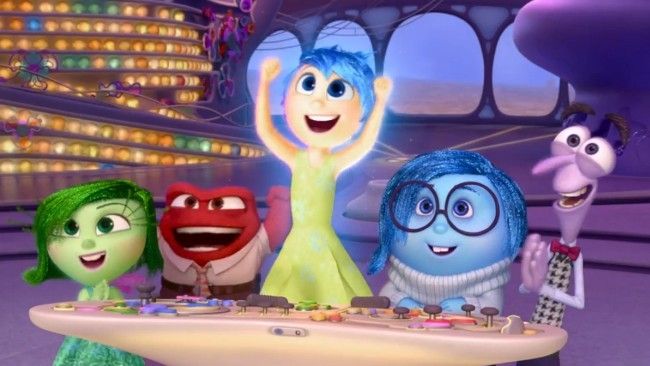 Have you ever wondered where your emotions come from? Inside Out is a fun, exciting adventure in which, through the emotions of little Riley, you’ll see what makes up a child’s personality. It’s the perfect movie for kids (and even grownups!) because it delivers a visual lesson that will help them to understand and accept that their personalities are one-of-a-kind and the thing that makes them special. 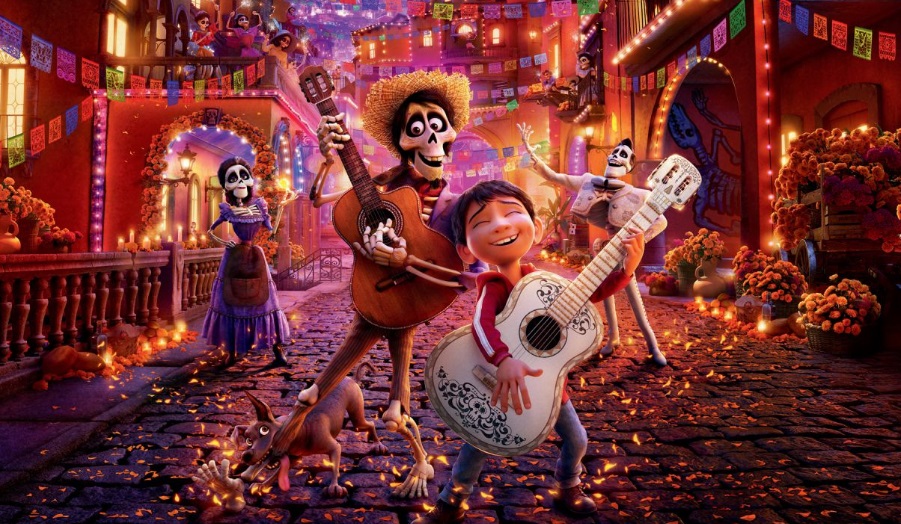 Coco is one of those little gems that will delight and amaze you. Based on the holiday known as The Day of the Dead, Coco follows the endearing musical journey of Miguel Rivera as he searches for his idol, Ernesto de la Cruz. Full of color, rhythm, laughter and lots of tears, Coco is a film that won’t leave anyone feeling indifferent. If you still haven’t seen it, what are you waiting for?

The best Star Wars and Marvel movies on Disney+ in 2020 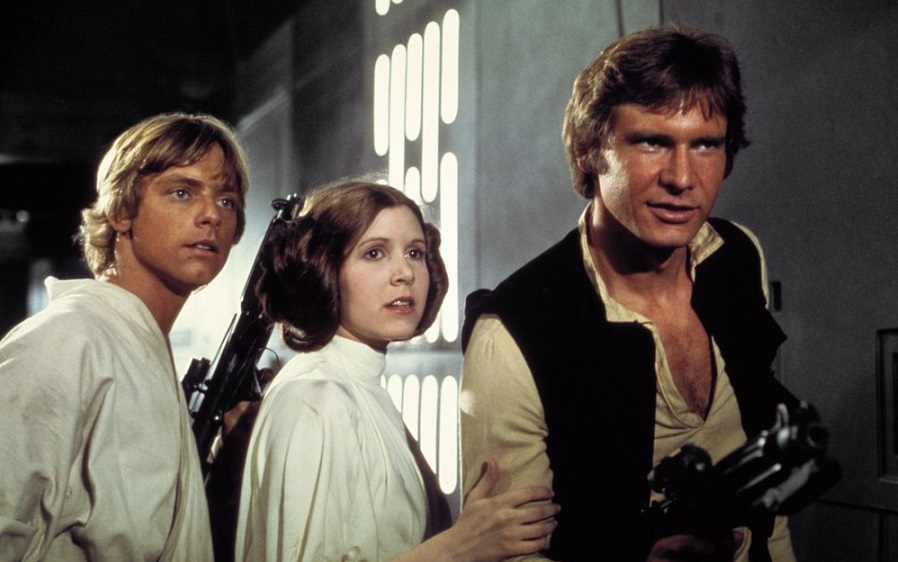 George Lucas’ epic space-opera has many parts, but there’s nothing like the original trilogy. If, for some inexplicable reason, you have yet to enjoy the adventures of Luke Skywalker, C3PO, R2D2, Princess Leia and Han Solo with their faithful friend Chewbacca, take advantage of your subscription to Disney +. You’ll discover why Star Wars was (and still is) a saga that has marked an entire generation. 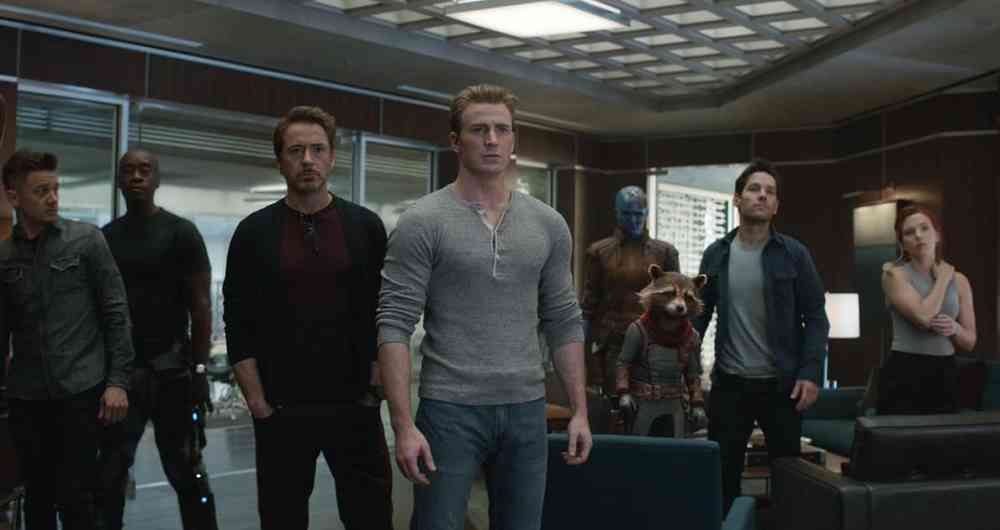 Few superhero movies have been as successful on the big screen as the four Avengers films. In these movies, the most iconic superheroes of the Marvel universe will band together to take on the greatest threat that humanity has ever faced. Why not rewatch them from start to finish and relive their epic battle against Thanos and Ultron?

The best family movies on Disney+ in 2020 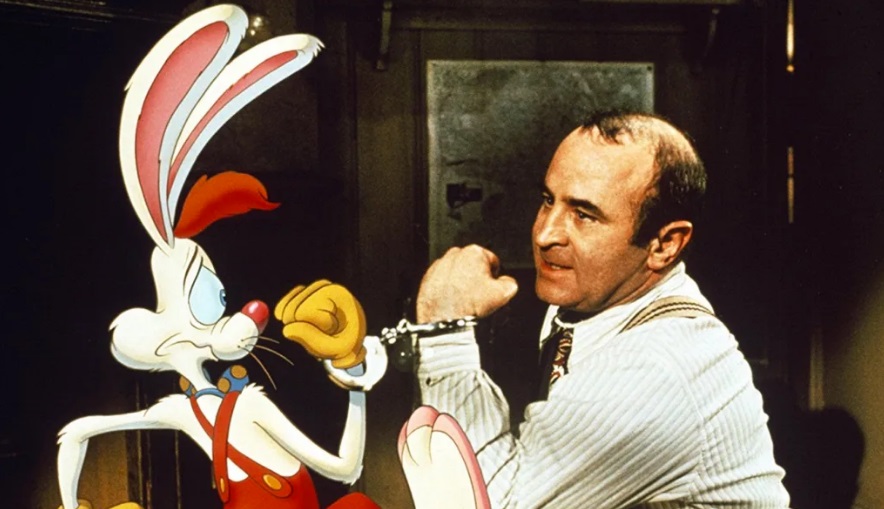 Who Framed Roger Rabbit? is the kind of fun, magical film that is hard to find these days. Mixing animation with real-life action, this movie tells a detective tale in which a private investigator must help Roger Rabbit to clear his name and that of his bombshell wife. Featuring cartoon characters from different franchises and awesome special effects, Who Framed Roger Rabbit? is a comedy (although it sometimes gets a bit dark) that will delight both children and adults.

Pirates of the Caribbean: The Curse of the Black Pearl 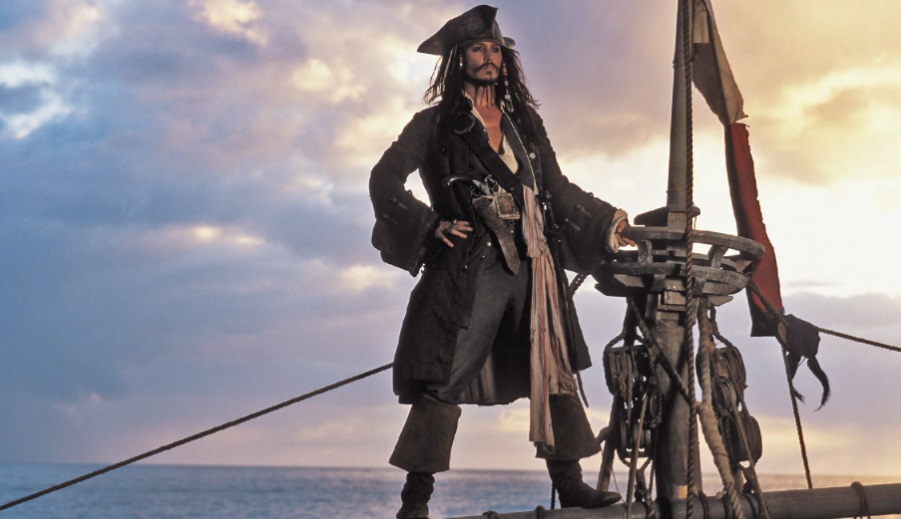 While there are many films in the Pirates of the Caribbean saga, none of them are as entertaining and memorable as The Curse of the Black Pearl. In this first film, we meet young William Turner, intrepid Elizabeth Swann and quirky Captain Jack Sparrow in an adventure that will lead them to face Captain Barbossa’s crew of living skeletons. Will they succeed in lifting the curse of the Aztec gold coins? Fun, spectacular and full of unforgettable moments, The Curse of the Black Pearl marked the return of adventure films from the Disney franchise. 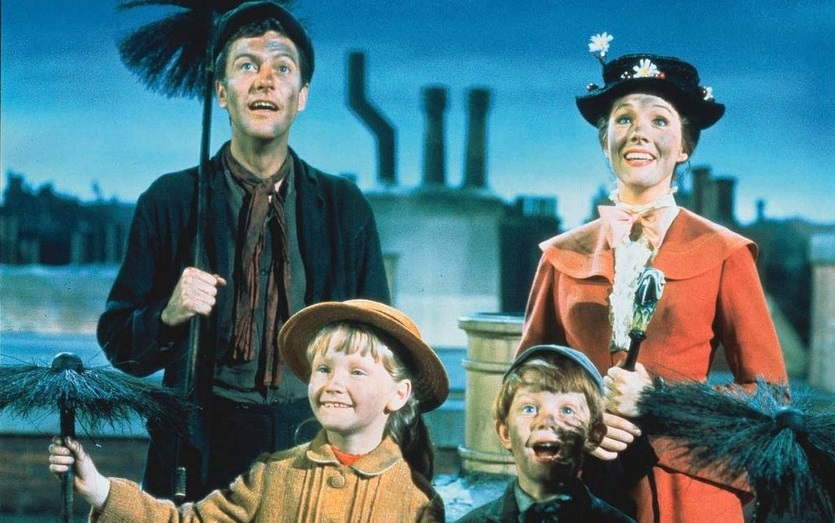 Few Disney classics are remembered as fondly as the magical Mary Poppins. In this extraordinary movie, we’ll experience all kinds of adventures alongside the world’s most beloved fictional nanny. Mixing real footage with cartoons, lots of songs, dances and surprises, Mary Poppins will put a smile on your face whether you’re young or old. Just like its main character, this movie is “practically perfect in every way.” 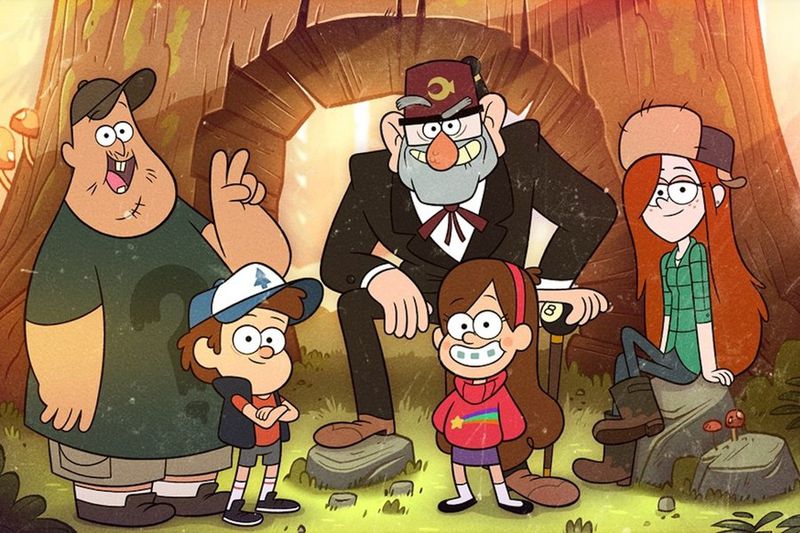 Are you a fan of Stranger Things? Then you’ll love Gravity Falls! This smart, hilarious animated series transports us to Gravity Falls, a strange town in the heart of America where paranormal events are the order of the day. It follows the adventures of Dipper and Mabel Pines, a brother and sister who are sent to spend their summer vacation at their quirky great-uncle Stan’s Mystery Shack. Mysteries, conspiracies, monsters, ghosts, strange phenomena and lots of laughter await you in this animated gem. You can’t miss it! 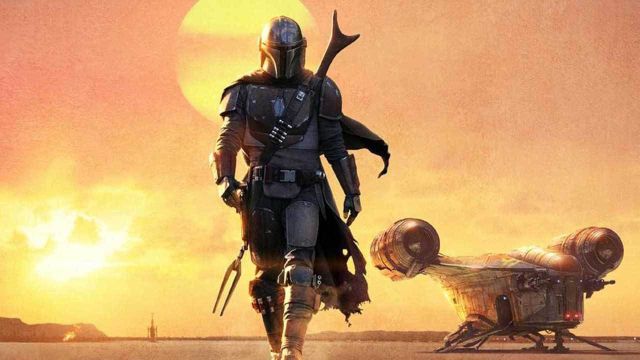 Last but certainly not least on our list of must-see titles is The Mandalorian. In just a short time, this spectacular series from the Star Wars universe has become the crowning glory of the Disney+ platform. Don’t miss the adventures of the Mandalorian or your chance to find out why everyone’s in love with Baby Yoda in this amazing production.

We hope you enjoyed our selection of the best content on Disney+ in 2020. Did we forget to include any movies or series? Tell us about them in the comments section!