As part of our best apps of 2014 series, we asked our expert app reviewers here at Softonic to help us determine the best health and fitness apps of 2014. As one of 8 different categories, our editors narrowed down the choices to 5 before voting on the best app of the year.

With wearables hitting the scene in a big way this year, 2014 was the year of activity trackers and fitness apps. Not surprisingly, major platforms like Google and Apple created their own ecosystems for monitoring health and fitness, while others got huge updates to compete with the growing trend. This year, it looks like physical activity came out on top, and RunKeeper took the top spot as our best health and fitness app of 2014. Keep reading to see the runners up. 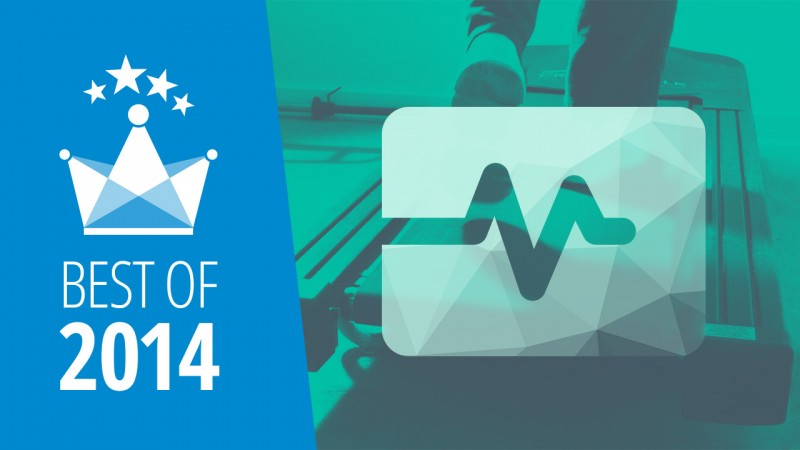 Although RunKeeper wasn’t new this year, it got a ton of new features and improvements without losing sight of its core function: tracking your run. As one of the original fitness apps, RunKeeper this year reinvented itself, incorporating a modern new interface and some excellent free training programs. The app is available for Android and iOS, and as a web app.

What makes it stand out compared to other similar apps is its integration with fitness trackers like Fitbit, Jawbone, and Garmin, as well as other fitness apps like Sleep Cycle, MyFitnessPal and Zombie Run.

Launched this year with iOS 8, Apple Health has every right to be on this list: it’s one of the first fully integrated apps completely dedicated to managing your health. While most apps focus primarily on collecting data about physical activity, Apple Health collects data about all aspects of your health, including your vitals (blood pressure, heart rate), body measurements, and any nutritional information you track. One of its best features is Medical ID, which give medical info that could be useful in an emergency (and is accessible through the lock screen).

The app integrates with both iOS and Apple Watch apps, as well as iCloud synchronization to let you access your data in OS X.

Apple Health is available for iOS 8 and up as a pre-installed app.

Like rival health app Apple Health, Google Fit is a data collection center that acts as a hub for health and fitness apps, especially useful with Android Wear. Unlike Apple Health, however, you have to download Google Fit from the Play store.

Focusing more on sports and fitness than health, Google Fit collects and syncs data from other activity tracking apps without you having to manually input anything. Steps, miles, and calories burned are all calculated within the app, which automatically detects whether you’re walking, running or biking.

Google Fit can also function as your own personal trainer, setting goals and pushing you to reach them.

A trend this past year was the ‘Seven-Minute Workout’, a condensed daily workout for people that don’t have much time. This, is exactly what the Carrot app does. Taking a more lighthearted approach to losing weight, Carrot offers to “transform your flabby carcass into a Grade A specimen of the human race”.

The app’s hilarious approach and innovative training model, designed for those who want to get maximum results with minimal effort, makes it one of the best health and fitness apps of the year.

Before Apple Health, there was Argus. The app, again, is a data collection center that stores a ton of different health data including steps, sleep patterns, or how much water you’ve had throughout the day, to name a few. What stands out most about Argus is its elegant style, collecting all the information you need on one screen without being too cluttered or confusing.

Although some data needs to be inserted manually or synchronized with other apps, you have the advantage of seeing how many calories you’ve consumed, how active you’ve been, and how many hours you’ve slept throughout the night, all on the app’s home screen.

The best health and fitness apps of 2014 give a clear indication of this year’s trend: more complete apps that feature data collection centers for physical activity, giving an overall picture of your health.

What lies ahead for 2015? Taking this year’s trends into consideration, and with the rise in popularity of wearables, you can expect to see a lot more health and fitness apps on a micro level, with wearable integration.

Check out the rest of our categories and the best apps of the year in our Best apps of 2014 series.

Last but not least… 8fit. We encourage you to read some of their amazing reviews!