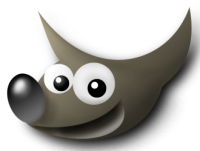 I don’t know about you, but I think there are way too many ridiculous brand and product names in today’s tech world. I’ve just taken this quiz that illustrates the similarity between nonsensical Web 2.0 names and some the equally ridiculous pharmaceutical brands out there. Testing software all the time, I regularly come across applications that are so awfully-named you’d think they’d be dreamed up by a drunk child.

For me, the key to a good product name is clarity and memorability. This is one of the reasons why brands such as iTunes, Windows Media Player and Photoshop have succeeded. A program name must go some way to giving a clue about what the program does. Many don’t though, and suffer for that as a result. Here are some of the biggest culprits, but feel free to join my campaign against badly-named software and suggest your own.