This delicious 10-minute low-cal salad will fill you up!

In the culinary world full of robust, cheesy chicken parm, golden flaky fried chicken, or big juicy burgers, choosing a salad for lunch feels like signing yourself up for crushing disappointment. Your stereotypical salad is a bowl of cold iceberg lettuce with some shredded radishes and carrots, probably with some kind of dressing dumped on it to make the whole charade more palatable. But at least you’re being healthy, right?

Actually, maybe not. Salads can quickly pack on calories if you end up adding things like cheese, taco meat, bacon, or even excessive avocado (which can be healthful in moderation). On the flip side, you have common ingredients – like the aforementioned iceberg lettuce, radishes, or cucumber – that are, according to Washington Post essay writer Tamar Haspel, “more than 90% water.” That explains why you’re so often still hungry after lunch! Lettuce, in particular, is not the magical health food it’s so often thought to be.

So we’ve got salads that are too caloric on one hand, and salads that are lacking in nutrition on the other. Sometimes you’ve got a salad that’s just plain bad for you in every way. All is not lost, however. If you build your salad carefully, you can comprise it of ingredients that DO have health benefits, or with veggies that have larger nutritional value, protein, and more vitamins and minerals. 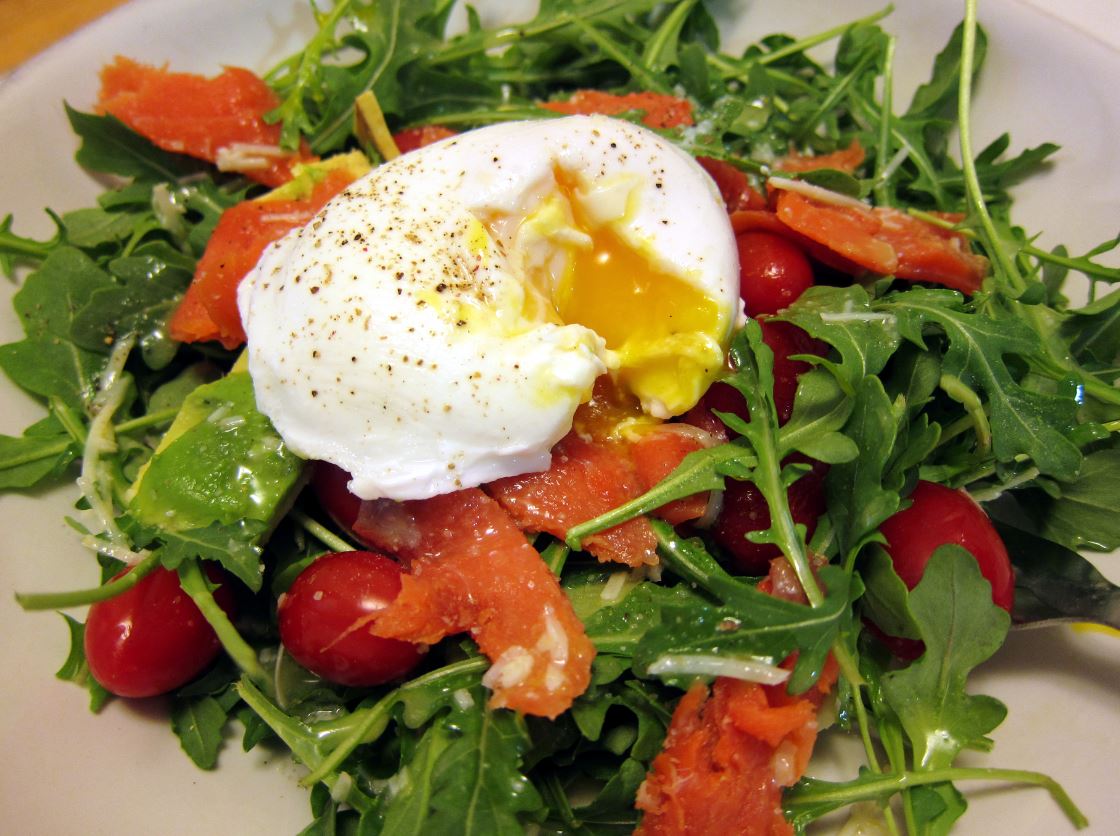 We’ve made a salad that not only uses more healthful ingredients, but that will fill you up and taste awesome in the process. It’s very cost-effective, too, if you’re dieting on a budget.

“That’s a ton of ingredients!” you might think, and yes, you’re right! We like variety, color, and a good variety of health benefits. Despite how it may come across, the prep is actually very easy. The first time we made this it took a little longer, but by the second time we knew what was up and it took us under 10 minutes (excluding waiting for the water to boil)! 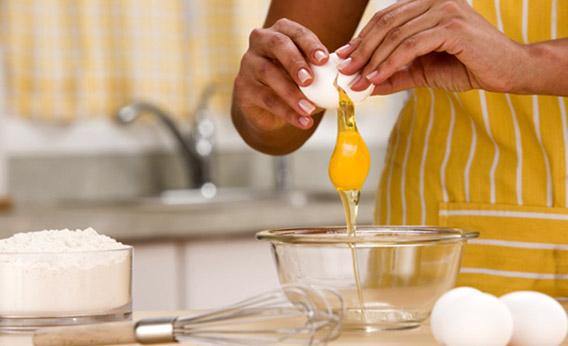 So let’s get started. The first thing you’ll want to do is start boiling water for the poached egg. If you’ve never made one before and are skeptical about how hard it’ll be, trust us – you’re about to be surprised.

Fill a saucepan about two-thirds of the way up with water, and put it over a burner on a high heat. You can splash a dollop of apple cider vinegar into it as well, if you like that flavor. This will also help to give your poached egg a better shape. Put a lid on it and let it heat up. Meanwhile, crack an egg into a small measuring cup. You’ll add it to the water in a second.

In a separate bowl, put in all the arugula, kale, and spinach you’re going to want. If you don’t like the bitter taste of those dark, leafy greens, you’re not alone. Trust us, though, once this dish is done you won’t even really taste it. They’ll just be there giving you an insane health boost. 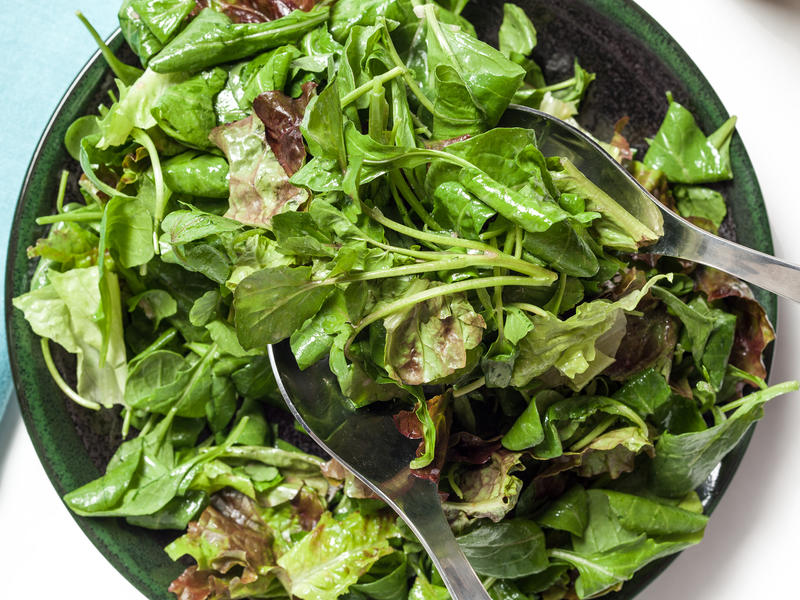 Arugula is an excellent diet food that reduces risk of cancer and also improves your eyesight and bone strength. Spinach is a good source of iron and protein, and will also help your bones, as well as hair, skin, and improving glucose control for diabetics. Kale might be the healthiest of all, loaded with antioxidants, nutrients, minerals, and vitamins – particularly vitamin C. Just one cup of raw kale actually has more vitamin C than an entire orange. 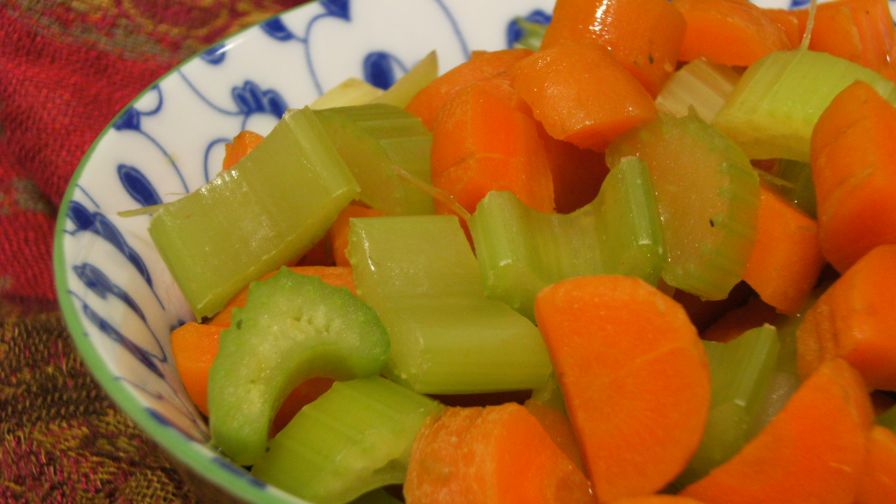 If you like tomatoes, they’ll add a great juicy, fruity contrast to the dark greens and the salty salmon we’ll put on later. Chop up some carrots and celery and you’ll get some healthy crunch too. We recommend cutting both the carrots and the celery into very small pieces. That way they’ll fit better on your fork as well as absorb more of the flavor from the oil and vinegar.

Lastly, add a couple tablespoons of capers to the bowl. Capers have a briny, pickle taste to them, so be sparing if that’s not your thing. We think they’re a great way to add extra flavor, though. 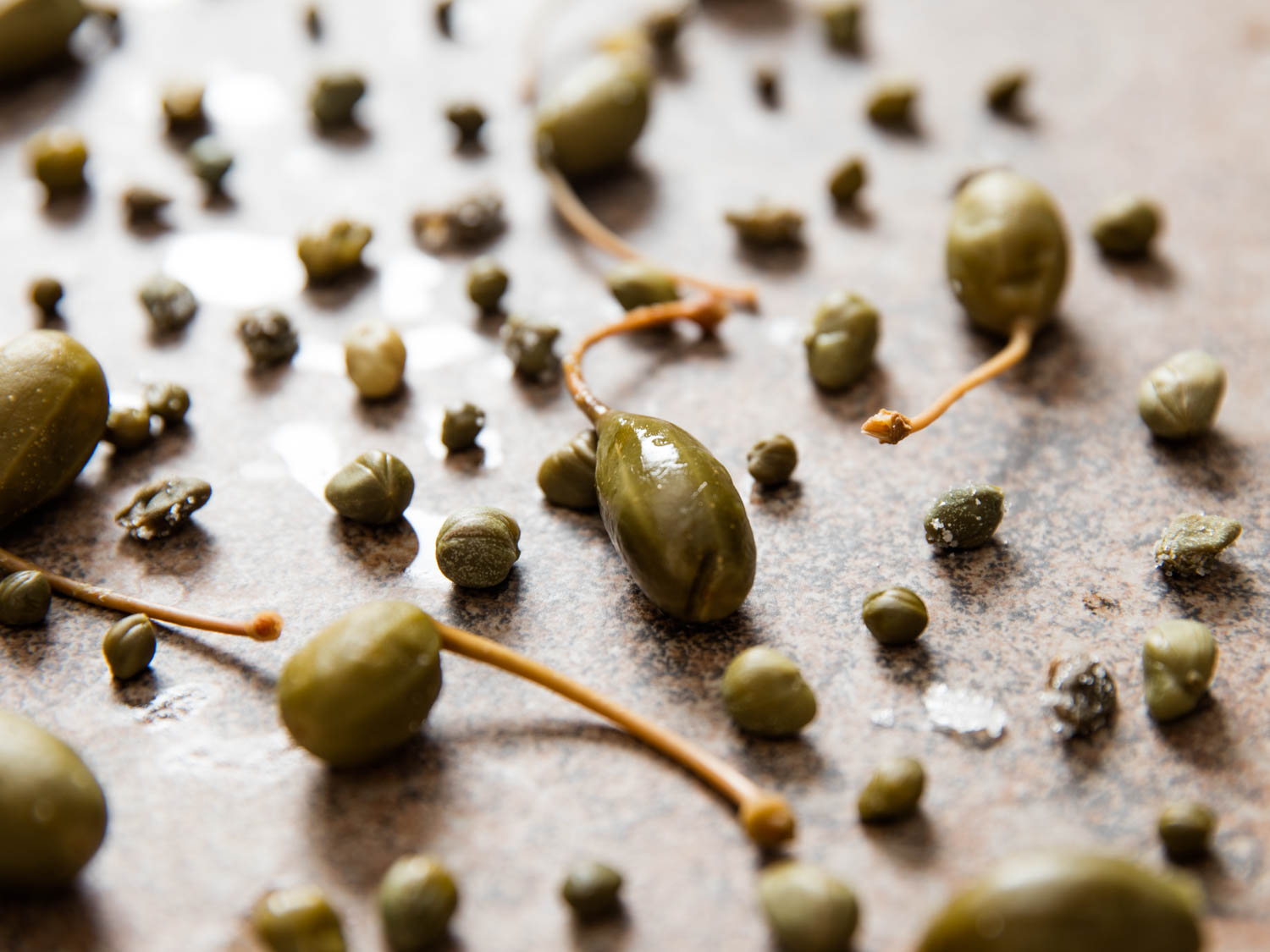 Now it’s time to add the seasonings – salt, pepper, oil, and red wine vinegar. Crack a generous amount of black pepper into the bowl, as it’ll really permeate the whole dish and bump up the other flavors. Be a little more sparing with the salt and oil, however, since they’re not quite as good for you. A pinch of salt stirred in goes a long way (especially if you’re heavy on the vinegar and capers). Add the vinegar last, and remember that red wine vinegar tastes like it smells and it smells really strong. Add it to taste, but our advice is to err on the side of less.

Once you’ve seasoned as much as you’ll want, shake the bowl a bunch or use a fork and spoon to toss it until that great flavor gets over every bite. 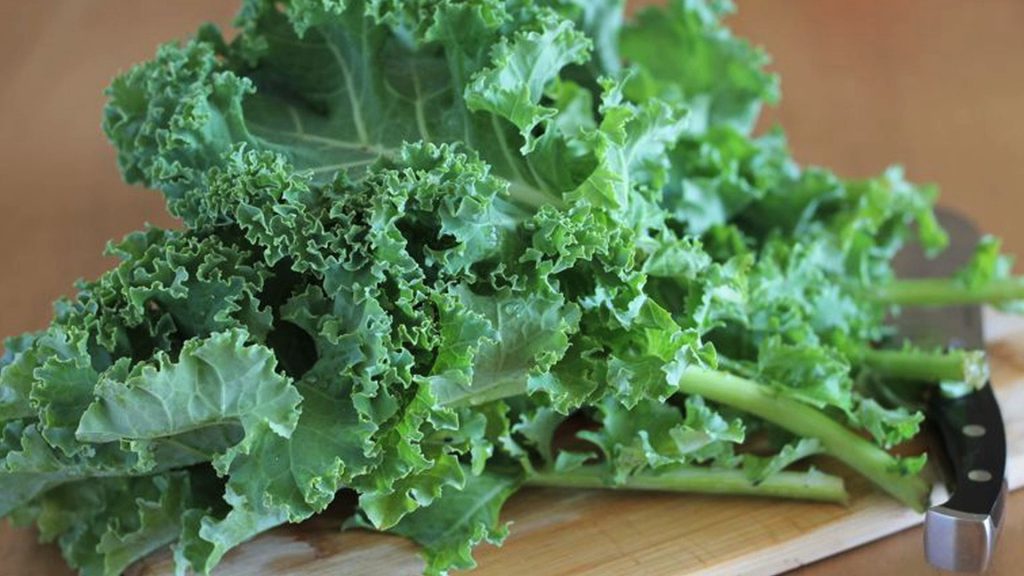 By now your water should be boiling. Lower the heat and leave the lid off until it comes down to a simmer. At this point carefully (but quickly) ease the raw egg into the water. Put the lid back on.

Your egg should be done in around a minute, so you’ll have just enough time to pull apart some smoked salmon and put that on top of your salad. The salmon isn’t 100% necessary, but we think it adds just one more unique texture and flavor as well as being another health benefit to the dish. 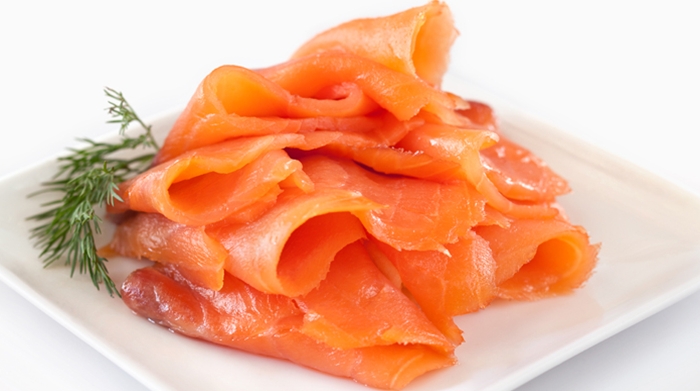 Using a large non-metal spoon or ladel, scoop your poached egg out of the sauce pan and place it right on top of your salad. Cut it open when you eat and you’ll have rich, runny yolk mixing with the salty vinegar and smooth tang of olive oil. 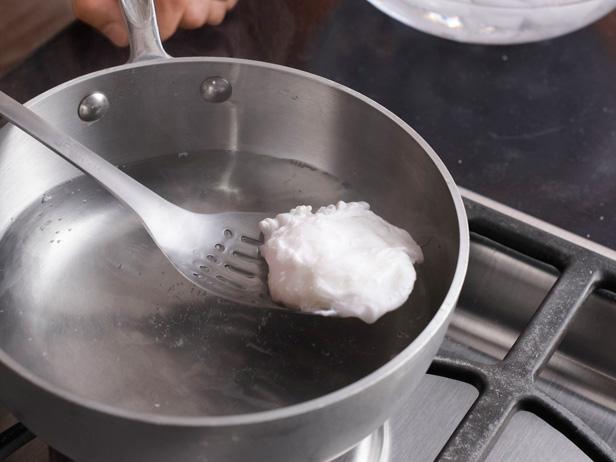 Now all that’s left to do is eat! This salad is one of the most healthful, filling meals we’ve found, and is an extremely nutritious lunch if you’re trying to diet. Even if you’re not watching your weight, this is a salad to sate!

Let us know in the comments below if you enjoyed the dish, and if there’s anything you’ve added to it!

How to find the best restaurant wherever you are ►

Are meal planning apps the best way to plan meals? ►

How to get the most out of your spice rack ► 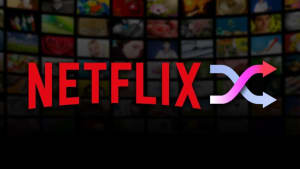