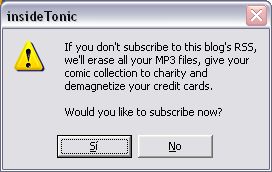 April Fools’ is here again and this means you must be aware of fake news, jokes from your friends and coworkers and of course, any possible tricks played on you thanks to technology. In case you want to take revenge, here’s a top ten list with the best techie pranks you can make use of on April 1st.

1. Fake desktop. A basic yet effective trick: take a screenshot of the whole desktop and set it as wallpaper on your victim’s computer. Then hide the toolbar and the shortcut icons and prepare to laugh at the poor guy’s efforts to regain control. Another possible desktop prank is to use this desktop image as wallpaper and make them believe, at least for a second, that their monitor is broken.

2. Blue Screen of Death. Install the BlueScreen Screensaver and put your coworkers on the verge of a heart attack every time their screensaver runs. Just remember to tell them it’s a joke before they actually throw the computer away.

3. Remote Control. Set a remote control app on your victim’s PC (ShowMyPC, TeamViewer, LogMeIn, Crossloop…) and have fun for hours, or even days. Some years ago we played this joke on a workmate’s PC for two weeks before he found out what was really happening, and we still roar with laughter when we remember his desperation.

4. Custom Errors. As we already showed you here, with MultiError Pro you can create hilarious system error messages with many customization possibilities, including message text, buttons, icon and time interval. You can even associate each button to a given action. 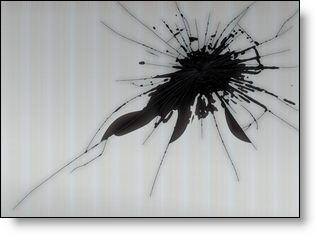 5. Mouse. Removing the mouse ball was a classic April joke some years ago. Now it has evolved to sticking a piece of tape over the laser sensor of optical mice. Color the tape with a marker and the effect will be even better!

6. Keyboard. Use KeyExtender to remap your victim’s keyboard layout. Watch them trying to fix language settings in the Control Panel while trying hard to keep yourself from laughing.

7. Photo composition. With a tool like Zeallsoft FunPhotor you can create amusing images with your friend’s photo and the backgrounds and templates included in the program. Print it and hang it on the office’s notice board or send it by email to everyone!

8. Voice Effects.Use AV Voice Changer Software to record yourself with a totally different voice and then use it to call your friends and play a great joke on them… A good idea is to record several different sentences so you can keep a conversation for a while, or at least until they find out it’s you. 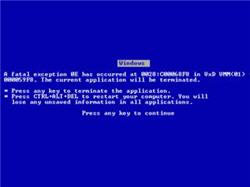 9. Random Burper. For a cheaper prank, you can always grab hold of Random Burper which, as you may have guessed by the name, plays burping sounds from time to time until it’s turned off. The program’s settings enable you to set the volume to a maximum before burping and then restore the values back to the original settings.

10. DesktopFun. Besides the wallpaper jokes I mentioned before, you can also use this program to apply funny effects to your victim’s desktop: turn it upside down, make it blurry, remove color, apply a wavy animation… there are dozens of options to choose from.