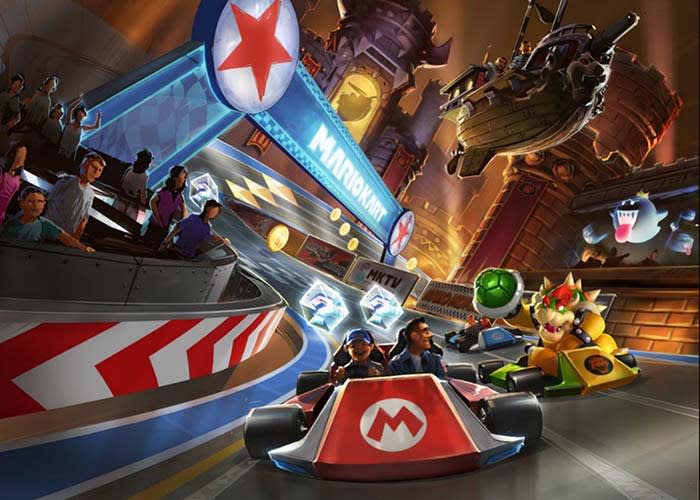 Long before video games or virtual reality, theme parks offered the most immersive fantasy experiences you could find. From exploring the syrupy Americana of Disneyland’s Main Street to making a bike escape with E.T. at Universal Studios, the grand scale and careful design of theme parks have enchanted audiences for decades. Now that digital technology is rapidly improving, the theme park industry is going to see massive shakeups with new high tech, immersive rides. Here are a few of the most exciting ones.

Anyone who’s played the excellent Donkey Kong Country series can tell you about the minecart levels. These infamously difficult sections have players flying through caves on jumping minecarts, dodging enemies and flinging over gaps in the track. If you’ve ever hoped to experience these death-defying antics in person, then you’re in luck.

Revealed via patent, the Donkey Kong minecart coaster will see guests jumping around on minecarts through an expansive cave. 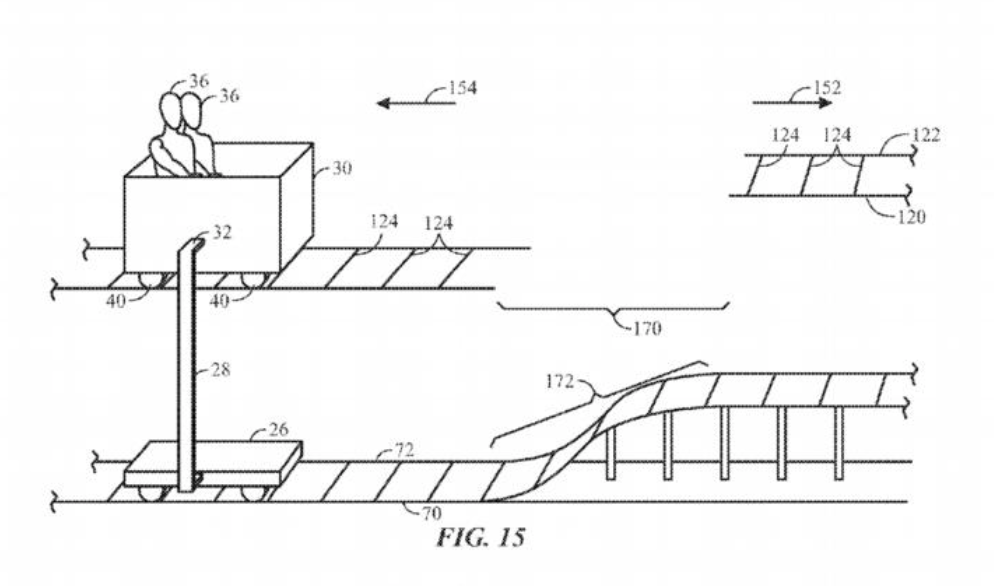 As shown by the figure above, the ride simulates the famous jumping minecarts by placing an unseen track below the guests. Underneath guests, another cart rides attached via an extendable pole, safely jumping over the “gaps” in the track ridden on by guests. This is a brilliant piece of engineering that is sure to faithfully replicate the stress and chaos of a Donkey Kong minecart ride in real life. Dubbed the “Thrill Capital of the Midwest,” Six Flags Great America is home to numerous dizzying roller coasters. For those looking for a new way to churn their stomach, Six Flags is currently building a coaster that will be the country’s fastest launch coaster ever. Maxx Force is a launch coaster that will accelerate guests from 0 to 78mph in less than 2 seconds (to put that into perspective, guests will feel more G-forces than astronauts do while rocketing into space). That isn’t the only record Maxx Force will break, however; the coaster also features the world’s fastest inversion (a Zero-G roll at 60mph) and the world’s highest double inversion at 175 feet.

Construction is still underway on the Maxx Force, and the coaster is expected to open sometime in 2019. A video simulating the experience can be seen below:

American theme park fans can rest assured that this popular Shanghai Disneyland attraction will hit the Magic Kingdom by 2021. Based off of Tron: Legacy’s fantastic Lightcycle sequence, Tron Lightcycle Power Run has guests mount the iconic Lightcycles, blazing through cyberspace at over 60 mph.

The ride has been one of the most popular attractions at Shanghai Disneyland for good reason. The strong theming of the ride helps to highlight the unique neon aesthetic of the Tron universe, aided by ambient music in the queue and blaring outrun chase music during the ride.

Uniquely, guests lie forward on their bikes, gripping the handlebars. By sitting closer to the ground, guests feel more visceral thrills, especially considering that this is Disney’s fastest roller coaster ever. Mirrors, screens, and other visual tricks simulate a race with an enemy Lightcycle team, giving the illusion that they are chasing down and trying to eliminate guests. The ride’s queue is a highly immersive experience in itself, featuring advanced LED technology that shows light trails as the coaster speeds by. At one point, the ride does go outside of its building, so ride at night for the most immersive experience.

A POV video of the Shanghai Disneyland version can be seen below: 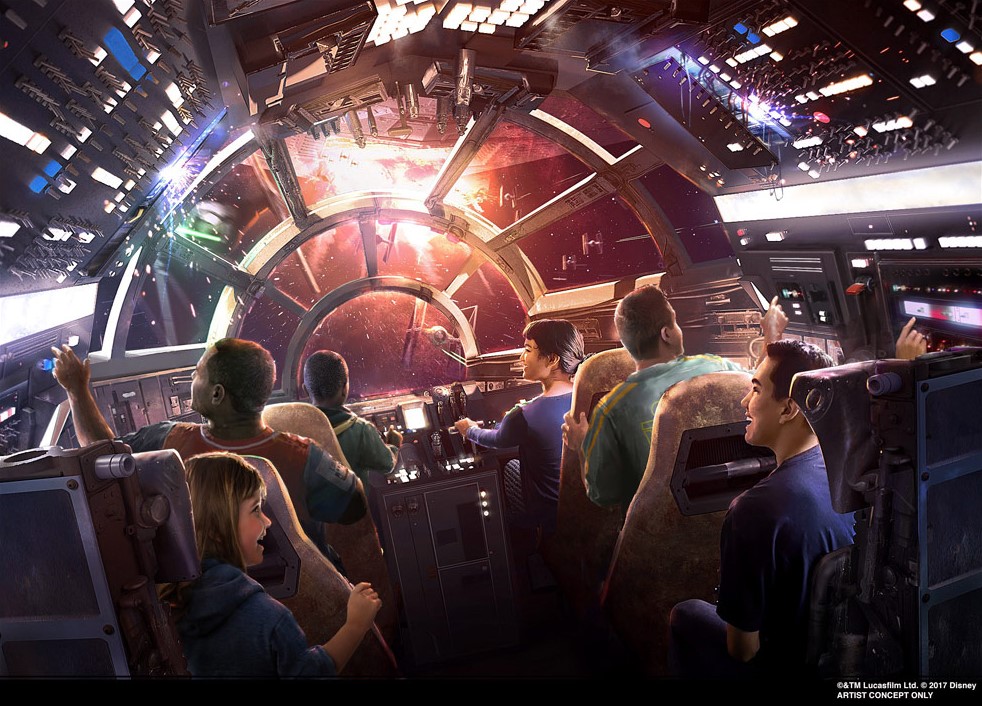 For years, Star Wars megafans have been hotly anticipating Galaxy’s Edge, a massive 14 acre Star Wars-themed addition to Disneyland and Disney’s Hollywood Studios. The section is supposed to represent an Outer Rim planet in the Star Wars universe and is set to be populated with droids, aliens, and other colorful characters. Galaxy’s Edge is set to open in late 2019, along with its most anticipated attraction: Millennium Falcon: Smuggler’s Run.

Millennium Falcon: Smuggler’s Run is one of the most unique and interactive attractions Disney has worked on to date. The simulator ride takes place inside of a massive, painstakingly-detailed replica of the Millennium Falcon. The ride comes complete with over 200 interactable controls, including joysticks, buttons, and switches. These aren’t just for show, however. All of these controls are fully functional, and they control the flight of the Millenium Falcon in real time. Depending on your group’s performance, the Millenium Falcon can either complete its smuggling run safely or in shambles. Characters in the area will chastise you for flying poorly or praise you for flying well. Plenty of flying scenarios, in addition to these controls, ensure that every ride will be a fresh experience.

A teaser trailer for the ride can be seen below: 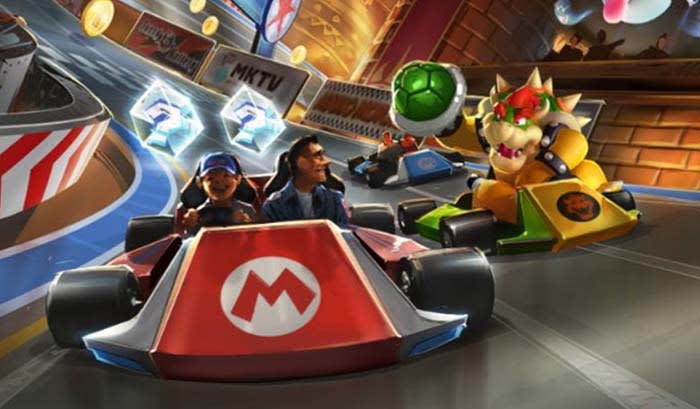 When Super Nintendo Land is finally finished, visitors will enter through a gigantic green warp pipe. One of the first things they’ll see is Bowser’s Castle, a gigantic and imposing landmark that hosts the Mario Kart Experience.

Blending VR, AR, physical sets, and 360 screens, Universal promises the Mario Kart Experience will be “an attraction that is unlike any that the world has ever seen, the most immersive and cutting-edge technological attraction that we could have possibly have imagined.” Universal and Nintendo have been notoriously tight-lipped about the attraction, though a few details have slipped out. Judging from a few leaked patents, Universal isn’t just spouting empty words, the attraction does, in fact, look like the most advanced theme park ride the world has ever seen. 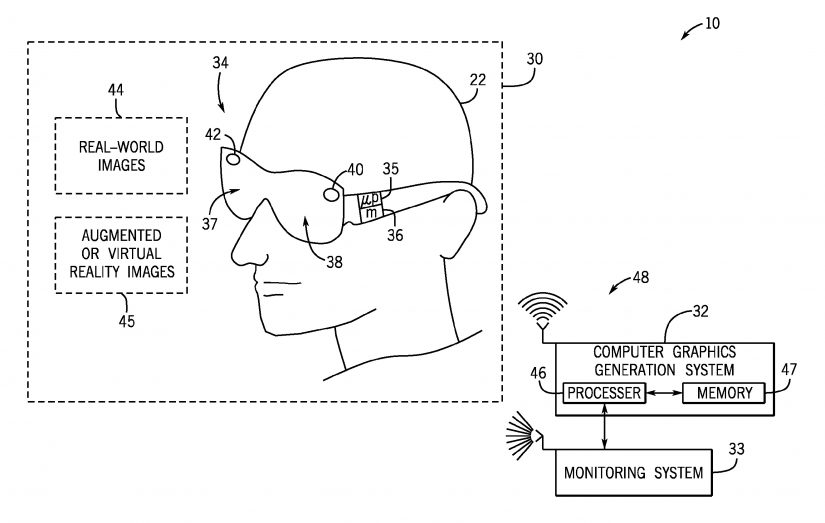 The Mario Kart Experience will be the world’s first ever theme park ride to use augmented reality. Using augmented reality goggles, riders can experience objects, such as items or fellow racers, imposed onto the ride’s physical sets. This allows the ride to have replayability, as the ride can place different items and obstacles, like bananas or Koopa shells, onto the track that can move or behave in unexpected ways. Augmented reality, when combined with immersive tube-like 360 screens, will give guests a sense of speed combined with the chaotic hazards Mario Kart is known for. 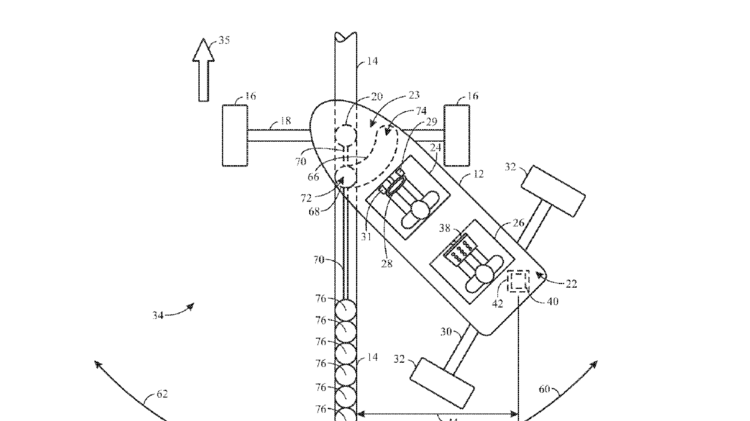 Half the fun of Mario Kart is power sliding around the track, which gives players a speed boost and allows them to conquer sharp turns. The ride designers clearly haven’t forgotten this, as the patent appears to show drifting capabilities in the ride’s cars. Being able to actually control your kart’s drift would add an awesome amount of interactivity to the ride. Judging from the picture, two riders enter each car (not unlike Mario Kart Double Dash), with the front rider driving and the other controlling something else (assumedly throwing items). This combination of advanced physical and virtual technology has never been seen in a ride, and we can’t wait to get our first look at the Mario Kart Experience.

Would you play this?