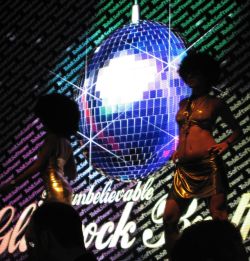 In these harsh economic times, it’s encouraging to see that the suits from the tech world haven’t lost their appetite for a party.  We’ve been checking out some of the hedonistic social events that take place after the working day at CeBit 2009 has finished (purely for research purposes, obviously).

One of the highlights of the after-show program starts every day at 6pm, when the booth of Tobit Software in Hall 6 mutates from a lounge into a disco. Behind the turntables stand the Glamrock Brothers, whose outlandish hats seem to get bigger by the day. On stage, go-go dancers fidget to dreamy uplifting house music.

For several years, one of the guaranteed crowd-pullers at CeBit has been the ‘Russendisko’ staged by Kaspersky Labs. Hall 11 shakes to the sound of Balalaika rock, as the organizers dish out free drinks. As the delegates at the conference start to relax, so too it seems, do the smoking regulations. At least, that is, until one of the muscle-bound security guards comes over to bring in a semblance of order. On the opposite side of the Kaspersky booth, a guitar band strikes up, belting out some classic rock and pop numbers, and the gathered mass of executives swings back and forth between the two venues. 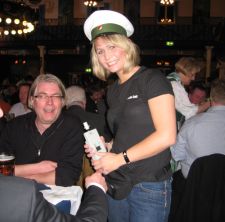 After observing the party crowd for a while, OnSoftware got a bit hungry and decided to stop by the notorious Münchner Halle. We arrive to find that virtually all 3,200 seats in CeBit’s biggest restaurant have been taken. Bavarian girls in traditional ‘Drindl’ dresses serve typical specialities such as Hendl, Haxen, Knödel (chicken, joints, dumplings) and, naturally, beer from Munich in steins. Several live bands play oompah music or a mix of modern pop and rock. Visitors to the show needn’t worry about drinking too much, because you can measure your alcohol intake, using official equipment used by the ‘Deutsche Polizei’. Because this is CeBit this is, of course, administered by a pretty young lady. Don’t ever let anyone tell you the tech crowd is boring.

More photos after the jump… 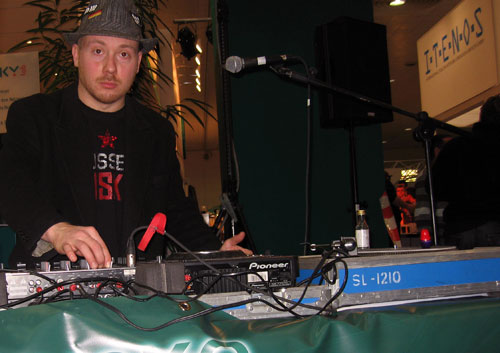 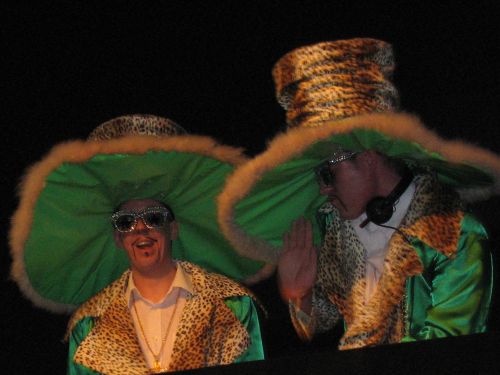 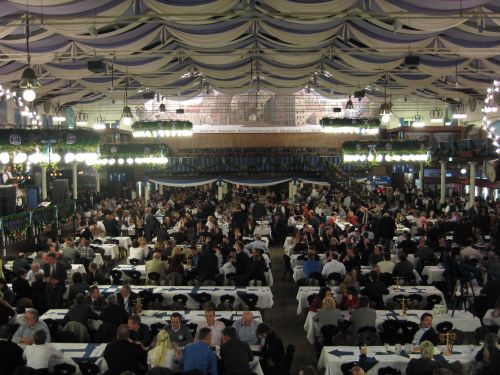 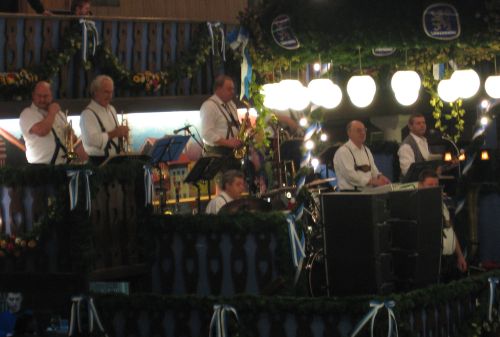 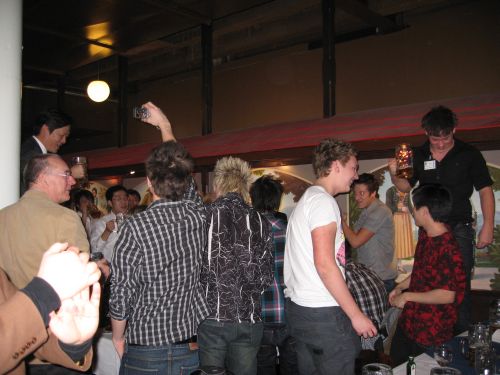