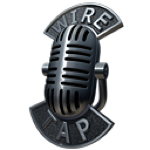 King Kong, Psycho, Texas Chainsaw Massacre. What do they all have in common? Well, apart from madmen (or an ape) it’s that they’re all remakes that don’t live up to the original. In my mind, WireTap Studio never quite lived up to WireTap Pro which, despite being discontinued by Ambrosia Software in 2007, is still the best audio recorder on the Mac. I still prefer the Pro version because of it’s simplicity, discreetness and easy of use.

Nowadays, you won’t find any mention of WireTap Pro on Ambrosia’s website (apart from old press releases) but they have at least provided the last available download link for it (version 1.3.4). Firstly, I don’t think Wiretap Studio is a bad application (certainly nowhere near as bad as the Texas Chainsaw remake), but it’s the simplicity, flexibility and no fuss ease-of-use of WireTap Pro that gives it the edge. 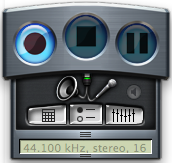 WireTap Pro lets you switch between recording from your microphone or speakers in a click. Both are clearly highlighted on front of the main recording panel which is small and discreet. Clicking on them highlights one or the other or both if you want to record from both sources. The highlighting is a little obscure and could have done with being a bit clearer but just squint a little and you’ll see which one is activated. Press the record button and you’re done! This simplicity is precisely why I like WireTap Pro so much. Just remember that if you choose to record both from the microphone and internal speaker, make sure you wear headphones otherwise WireTap Pro will record both the internal and external output at the same time. So, if you’re recording a telephone conversation, it will record the respondents voice twice and make them sound like a doppelganger or something!

When you click stop to stop recording, WireTap Studio immediately prompts you to give a name to the recorded file that it saves within the WireTap Pro folder. This folder can be browsed and accessed independently of WireTap Pro – one of the things lost in WireTap Studio is that it only allows you to listen and manage files through the application itself. There’s no mucking around with configuring input channels, sound levels and there’s no annoying bleeping or audio warnings that you’re recording which is ideal for recording phone conversations. 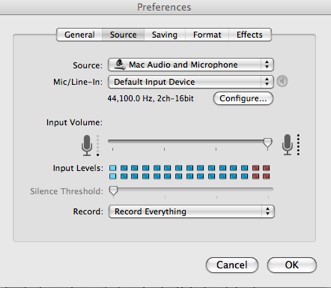 However, that’s not to say there’s not plenty of room for tinkering. There are a set of options to change the graphic equalizer and you can choose from 4 recording formats – AIFF, MP3, AAC and Quicktime. The default is AIFF which is a bit annoying but I just changed it to MP3 in a click.

Finally, as an added bonus, WireTap Pro offers an automatic recording tool for radio shows, podcasts and other web broadcasts that can be scheduled according to when they are aired. Of course, nowadays, iTunes and other apps offer this and many web broadcasts are archived for later listening anyway. However, for those that don’t, it’s a great way to keep track of your favourite broadcasts. Unfortunately, it can’t actually open the web stream for you though – you’ll have to be on hand to do that but you could always leave it streaming and set WireTap Pro to record while you’re away.

So there you have it. If WireTap Pro were a film, it would definitely be the 1969 original of The Italian Job compared to WireTap Studio which would be the 2003 remake. I’m sure Michael Caine would agree.