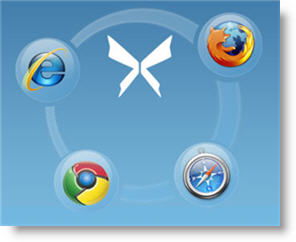 UPDATE: Luckily Xmarks didn’t close. LastPass acquired the company and this enabled the service to stay online. It also marked a transition point for Xmarks, which moved to a “freemium” business mode and started offering paid plans.

Xmarks, the great bookmark syncing service we already mentioned on this blog (also when it was known as Foxmarks) is closing. The date for definitive shutdown has been set to January 10th, 2011, giving you plenty of time to recover your information from Xmarks’ servers and find an alternative syncing service.

As for the reasons why Xmarks is being discontinued, they’re explained in the company’s blog. Apparently Xmarks has had budget issues since Spring 2010 and was in desperate need to find new funds. The search for potential buyers wasn’t successful, and with the bookmark syncing function being built-in in powerful browsers like Firefox and Chrome, it was difficult to come up with an alternative business model. In this situation, there’s no way to support the free service and, at the same time, paid the company’s expenses such as salaries and server hosting costs.

Xmarks plans to keep their service running for another three months, which gives you time to find an alternative to sync bookmarks across browsers. The Shutdown page on the Xmarks website includes some of them, like Firefox Sync, Chrome Sync, Windows Live Essentials (all free) and MobileMe (for $99/year).

New features coming to WhatsApp: update your status with a voice message