If you work in any kind of office, chances are that you will eventually have to make a Powerpoint presentation. To make your presentation easier, there are apps that allow you to control your Powerpoint slides with your phone. Here is a list of Powerpoint controller apps.

with in-app purchases
Microsoft Powerpoint is a powerful app to create, view and edit great presentations on your computer or directly from your device. 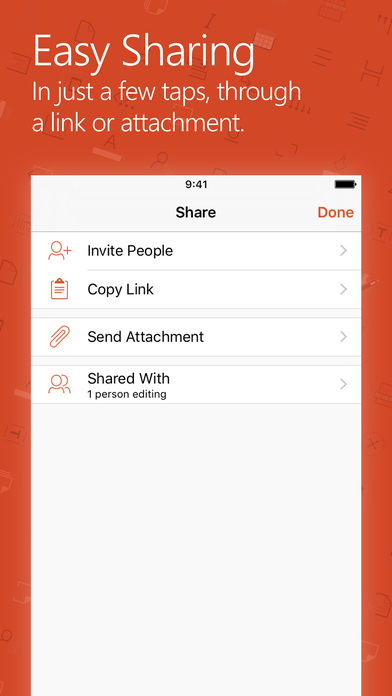 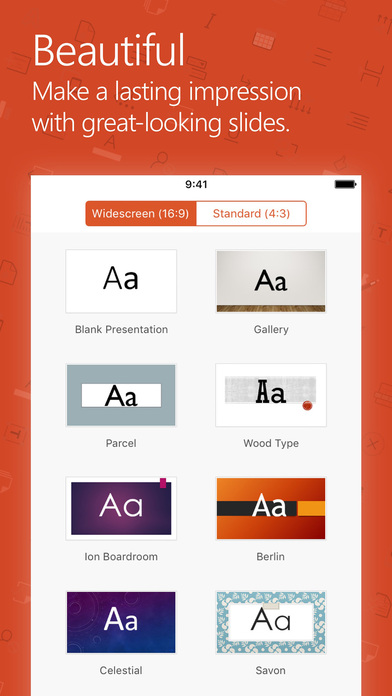 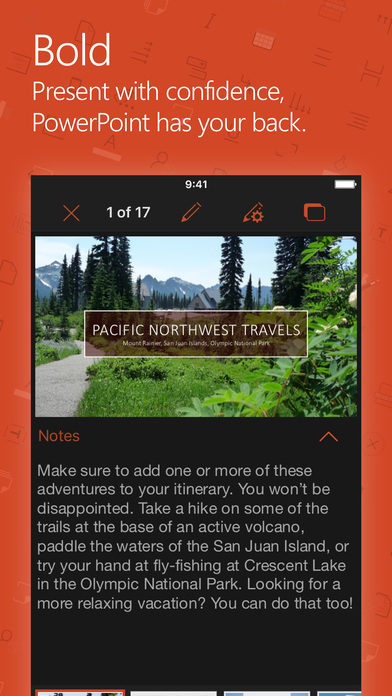 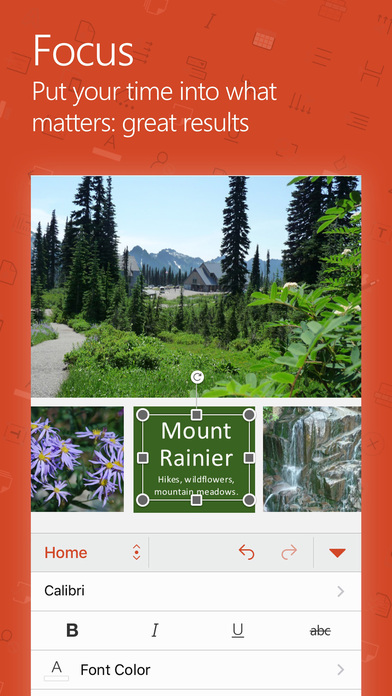 This app allows you to view and share Powerpoint presentations on your iOS device. The app enables you to import files to the SlideShark website. The free version includes 100mb of storage on the cloud. 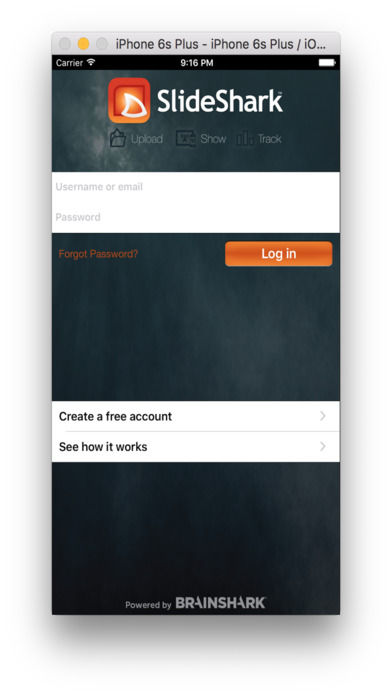 Remote Presenter app is made for Android devices. This app lets you access and control different presentation tools like PowerPoint, LibreOffice, and Openoffice. Remote Presenter is developed and distributed by Ralf Wondratschek. 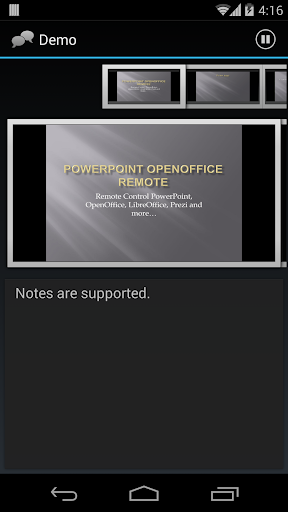 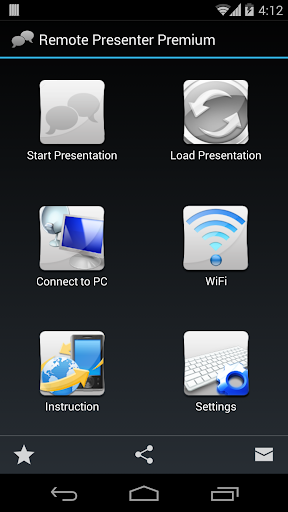 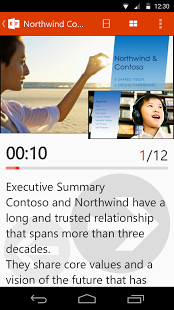 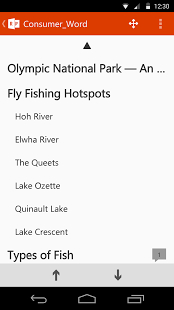 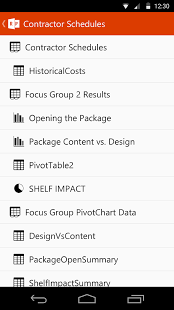 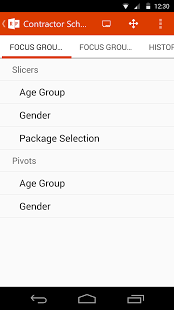 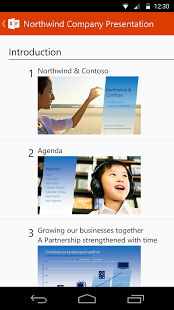 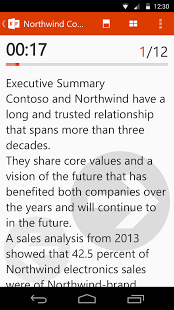 with in-app purchases
This app is a digital remote control that allows you to manage your presentations from your iOS device. 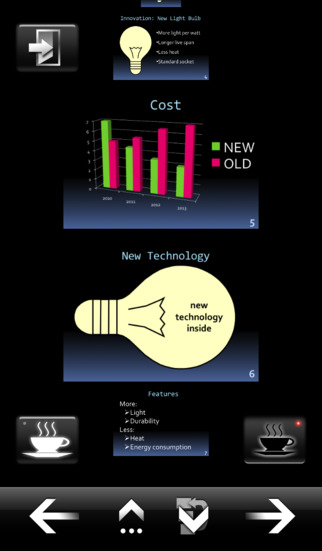 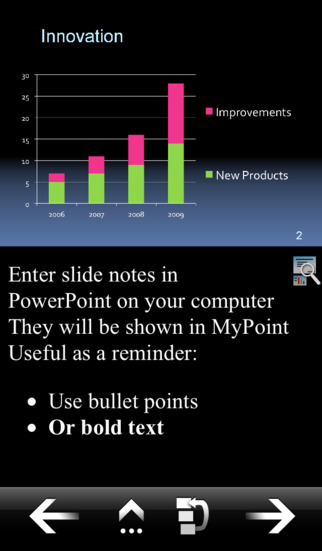 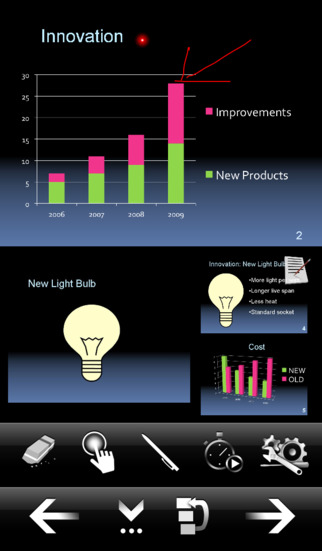 with in-app purchases
This app is an advanced remote control for presentations and a brand new Keynote and PowerPoint device viewer. 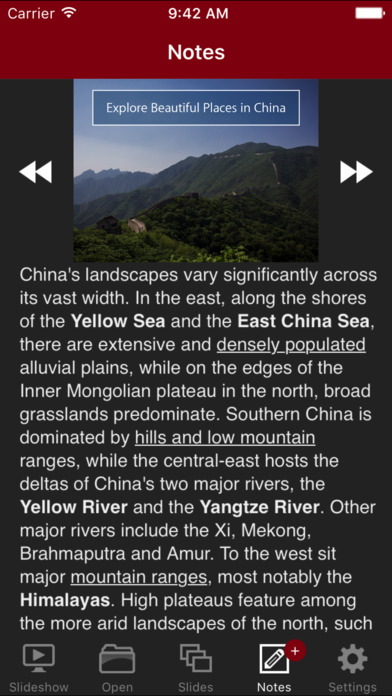 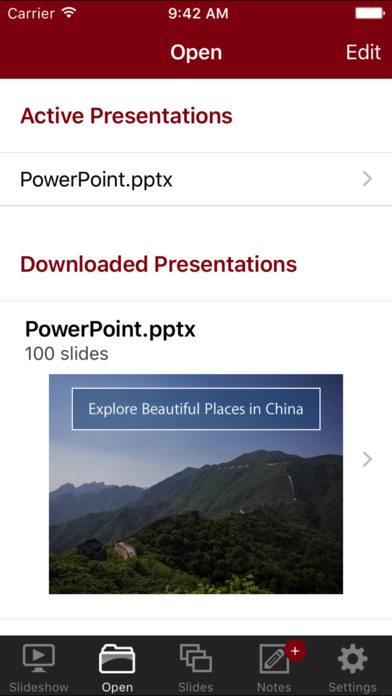 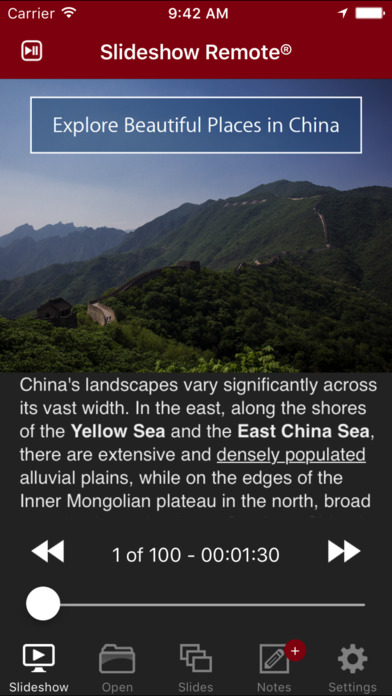 PPT Remote Pro is a PowerPoint presenter and clicker available for Android and iOS devices. It was developed by Wayhold Co. and its iOS version is being distributed by Guohua Gao. 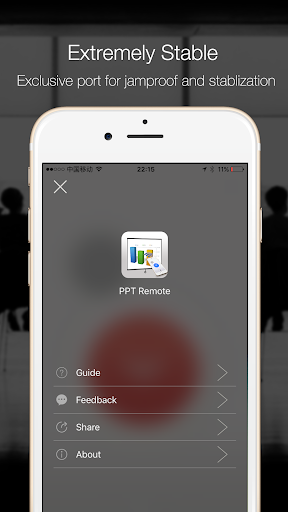 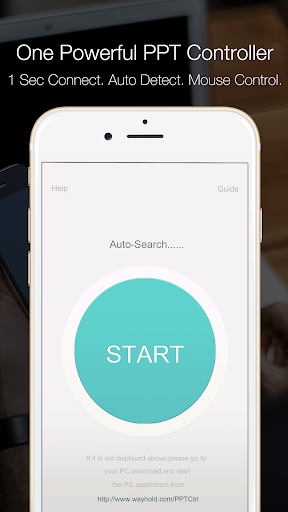 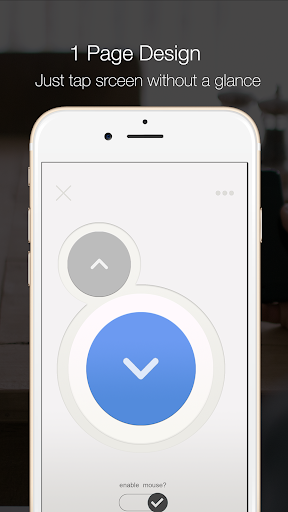 Paid: $9.99
With i-ClickrÃ‚Â Remote for PowerPoint, you can control live powerpoint presentations from your iOS device easily and with multiple options. 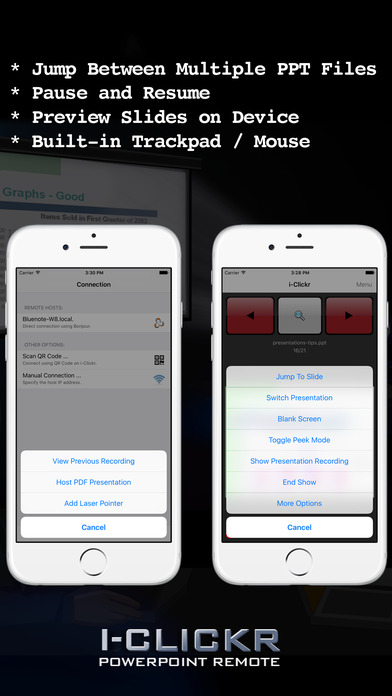 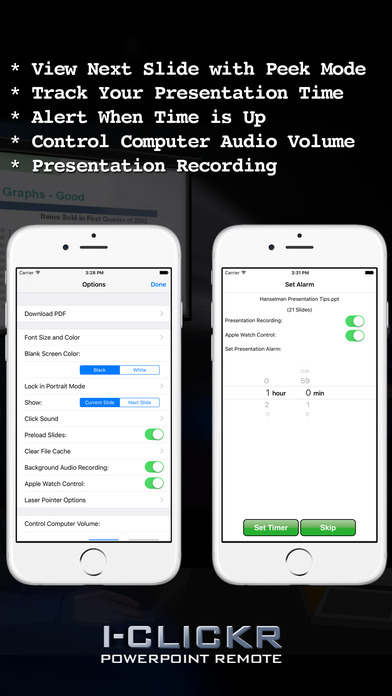 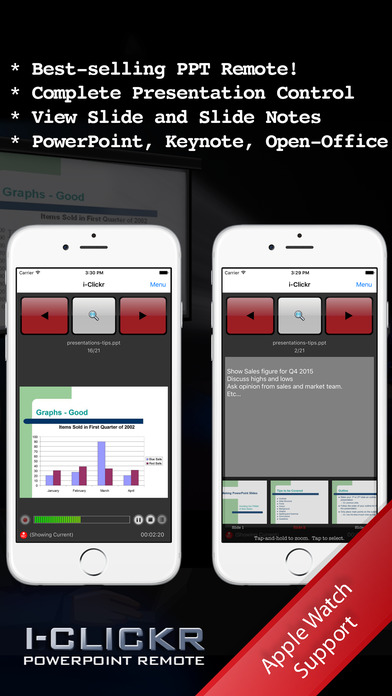 PowerPoint, the presentation program is part of Microsoft's Office Suite. The original plan for its name was "Presenter". For the three years that it took to develop the program, the developers called it the Presenter. The company found out that the trademark for the label ‘Presenter’ was already taken. One of the creators, Robert Gaskins, thought of the name PowerPoint while he was in the shower, and the name stuck. The “Power” in PowerPoint is to mean empowerment, as the program empowers the presenter. The program's development was for the Apple Macintosh computer. Microsoft bought the company that created it, Forethought, Inc., for $14 million in 1987. It was part of Microsoft Office from the beginning of the program’s history. It's offered along with Microsoft Word and Microsoft Excel. PowerPoint is the second most used tool in the suite, after the word processor Word.

With more than 1 billion installations, about 30 million users create presentations every day. These are by approximately 500 million users of the program worldwide. Around 120 million people worldwide use PowerPoint for business and educational purposes. With technology, PowerPoint remote controls and smartphone apps we invented for presentations. This enabled to users to control their presentation from a distance. PowerPoint controllers became a thing. Apps to control powerpoint from iPhone or Android devices became popular. Aside from these uses, PowerPoint is also a medium for art by David Byrne. He is the lead singer and guitarist of the band Talking Heads. He creates PowerPoint-based artworks using the built-in graphics tools in the program.