Pride yourself on having a maxed-out character in Skyrim? Then you’ll definitely want to check out our list of these five hidden powers in the game. The following are received by completing some of the title’s more hidden quests, and most of them will award you with stacking passives that will provide you with overall buffs that are permanent and will last the duration of the game.

If you don’t own Skyrim and are checking out this article to prepare yourself for a playthrough where you’ll leave no stone unturned, you can download the game right here:

Everything we cover in our list can be found in the base game (although one requires the Dragonborn DLC) and is in both Skyrim and Skyrim: Special Edition. Let’s get started:

This is a passive ability that allows you to deal 10% more combat damage to enemies of the opposite sex. As you might expect, this tends to be more useful for female characters since Skyrim is pretty male-dominant. To begin, speak with Degaine the beggar in Markarth to get a miscellaneous quest where you’re supposed to steal a statue from the nearby Temple of Dibella. 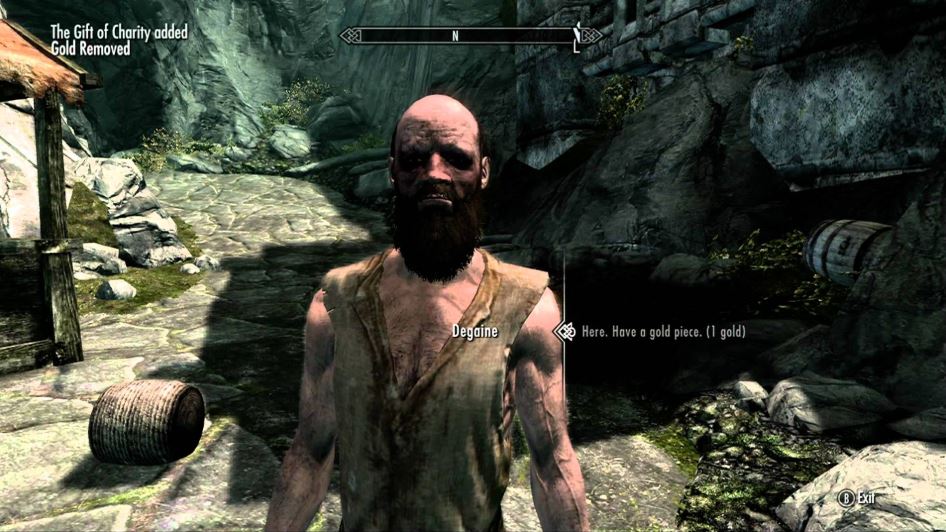 The reason this ability is so often missed is that on your quest to retrieve the statue you’ll need to get caught. Only then will you set in motion the related quest that gives Agent of Dibella. It’s pretty counter-intuitive to purposefully get spotted on a stealth quest! If one of the priestesses catches you, you’ll get summoned to Hamal, the leader of the Markarth chapter. She will say that “you have committed a breach” and “must pay the penalty.” As you probably expect, this means going on yet another quest …

This quest is The Heart of Dibella, which sends you off to help a family in Karthwasten. A man there named Enmon says his daughter Fjotra was abducted recently by Forsworn. Naturally, you’ve got to play the part of the hero and go save her from Broken Tower Redoubt. 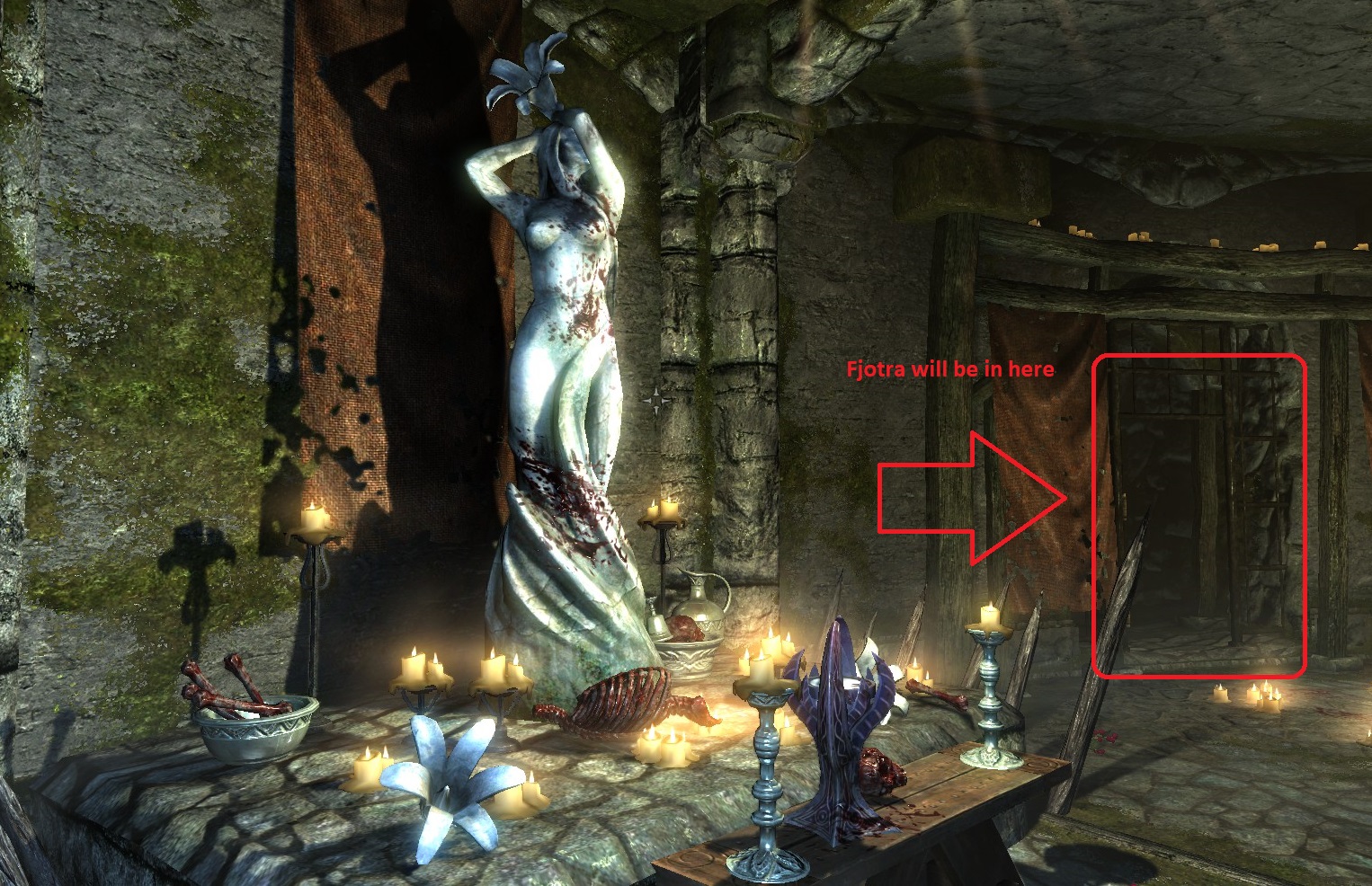 Fight your way through and free Fjotra from the cell after defeating the Briarheart. You must then return to the Temple of Dibella in Markarth and pray at the temple’s shrine. Enjoy your new damage bonus!

Once you have this perk, be sure to also choose Lover’s Insight as your reward for completing The Winds of Change Black Book quest. That will offer you an additional 10% damage increase, giving your character a total 20% increase on all damage against opponents of the opposite sex.

Sinderion’s Serendipity grants you a 25% chance to create a duplicate potion every time you brew one, which is outrageously helpful if you’re running a build that focuses on Alchemy. Keep in mind that if you have a high alchemy score with the perks to match you can sell your more advanced potions for a LOT of money. Make a big batch of elixirs and you could potentially end up with double the potions to sell.

The quest to unlock this ability is rather frustrating, but there are some tips to make it less so. To start with, you’ll have to travel all the way down to Blackreach. If you’ve never been there, progress tthrough themain quest and it will lead you right to it. Once you’re there, investigate Sinderion’s lab, which isn’t terribly hard to find if you enter into Blackreach via the path through Alftand (where the main quest directs you). It’s the first little building you’ll see upon entering:

Read Sinderion’s journal (on his corpse) and you’ll discover his hope of studying the elusive crimson nirnroot. This will trigger A Return to Your Roots, a quest for which you’ll need to harvest 30 crimson nirnroots. That’s quite a lot. Considering Blackreach’s lack of fast-travel and less-than-helpful map, this may sound difficult, but as promised, here are a couple tips to help speed along your progress:

1. Play with the SFX turned up and/or headphones on

The crimson variety is similar to the typical nirnroot in that it emits a loud whistle or hum when you’re nearby. Keep your ear out and you may very well hear the root before you see it.

2. Travel along the path

It’s very easy to get turned around while exploring Blackreach, particularly if you’re hunting for nirnroots. Your best bet is to keep close to the path, or at least keep it within your line of vision. That way, you’ll avoid accidentally covering old ground a second time. While your map isn’t terribly useful down here, it will still show you where you’ve been, so check that as you go if you sense you’re walking backwards.

For all we complain about navigating through Blackreach, it remains one of the more beautifully striking locations in Skyrim. Glowing waterfalls spill into glistening pools while luminescent mushrooms cast an eerie, otherworldly light from the walls and ceilings.

The aesthetic serves our purpose well, too; aside from the dim environment making it easier to spot the crimson nirnroot’s glow, remember that the root commonly grows near water. It might be worth your while to stray off the beaten path for a while in order to dive into the pools of water. Swim to the pool’s edge and you may very well find a nirnroot or two.

Once you’ve collected all 30 roots (good job!), you can head to Sarethi Farms near Ivarstead to meet Sinderion’s colleague, Avrusa. Give her the nirnroots and she’ll award you with your much-deserved ability.

This is a particularly useful passive for any build that favors healing spells over health potions. It makes your restoration spells cure 10% more health, and will also stack with the Avoid Death perk, making it heal you 10% more when triggered.

This power is often missed because the only way you’d get the relevant quest is by stumbling upon it. Traverse the mountain regions between Dawnstar and Winterhold and you will find Frostflow Lighthouse atop a rocky snow-capped crag.

As soon as you walk into the central room in the lighthouse, the Frostflow Abyss quest will pop. Travel through the surprisingly spooky location to uncover the grisly corpses of the family who tried to lived here. The bodies will lead you on a scavenger hunt through caves infested with falmer and chaurus, eventually culminating in a fight against a very nasty chaurus reaper. If you’re a low-level character, you’re in for a tough fight.

The best way to beat this creature is to use weapons enchanted with fire damage, particularly ranged weapons as you don’t want to get anywhere near the thing. It’s also one of the rare fights where you might consider donning gear that resists poison, as the reaper’s spit attack is deadly.

Once you kill the chaurus reaper, pick Habd’s remains off its corpse (ew). Travel back upstairs, then unlock the door up to the top of the lighthouse. Activate the beacon to place Habd’s remains and you’ll receive Sailor’s Repose.

Dragon Infusion made it this high on our lists because of just how often dragons are encountered in the Skyrim. The effect will cause dragons to do 25% less damage with any of their melee attacks, reducing some of the bite (haha) that their jaw attacks dish out as well as their tail swipe. This can actually make the difference in a fight once you’re going up against revered and legendary dragons in the late game. The ability also has the added effect of reducing the chance that any dragon can one-hit eat you, which occurs if your armor rating is comparatively too low.

For such a useful ability a surprisingly few players know it even exists because of the line of quests it’s tied to; it begins with completing Kill Paarthunax. That’s right – you’ll have to kill your favorite dragon mentor to unlock this power. That’s not all either, but it’s the start. Once Paarthunax is dead, return to Sky Haven Temple to become an official Blade.

Now you’ll be in the Rebuilding the Blades quests, which are largely radiant (repeating) missions where you’ll be recruiting new followers as Blades and slaying dragons. Keep it up and eventually Delphine will tell you to speak with Esbern about Dragon Hunting. This is a simple quest whereupon you and a few other recruited Blades will be pitted against a random dragon. Esbern will ask that you take a bone and scale from the slain body. Return and you can now ask Esbern about Dragon Research.

Give him the bone and scale and you’ll be awarded “Esbern’s Potion.” Drink and you’ll permanently receive the Dragon Infusion ability.

This one tops our list because it’s not just one hidden ability – it’s five. One of the main quests for the Dragonborn DLC is The Fate of the Skaal, during which, Storn tells you of a new shout located at Saering’s Watch. The shout is Bend Will, and can be used to break the stones erected across Solstheim by Miraak’s possessed workers. The Fate of the Skaal quest ends with you using this shout specifically on the Wind Stone not far from the Skaal Village up north. The lurker that comes out to battle might be enough distraction for you to miss a very cool feature:

One last thing about these powers: These are not like your typical once-a-day lesser powers. All the abilities acquired via the stones are one-shot abilities, greater powers. After you use them they will unfortunately disappear completely from your powers menu. All is not lost, though; they can be re-acquired by simply touching the stone again. It just means another trip around Solstheim.

We hope our list has provided you with some quests and content you didn’t know about, and that it will give you some new things to prioritize on your next run playthrough!