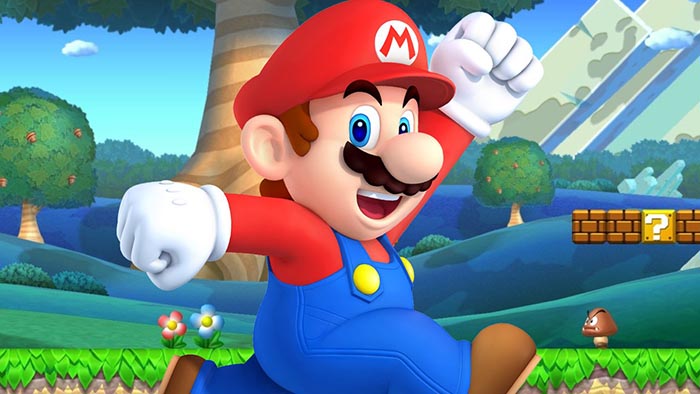 The world’s most popular plumber is coming to the big screen! Nintendo’s president revealed that an animated Mario movie is coming to a theater near you in 2022.

Shuntaro Furukawa revealed the details in Nintendo’s corporate management policy briefing. The movie is being made in partnership with Illumination, the animation company behind “Despicable Me,” “Sing,” and the last year’s animated “Grinch” movie.

You might remember that this isn’t the first time Mario and his pals have been animated. Back in 1989, we were treated to the incredibly strange “Super Mario Bros. Super Show,” which featured animated adventures bracketed by live-action sequences with former wrestler Captain Lou Albano as Mario and an AGGRESSIVE laugh track.

The next year, we got “The Adventures of Super Mario Bros. 3.” And the standout episode there featured King Koopa kidnapping Milli Vanilli. (Yes, really.) Mario and friends rescue Milli Vanilli by posing as a backup band. It is insane. Watch this.

This also won’t be Mario’s first big screen adventure. In 1993, we got one of the worst movies ever created with the live-action “Super Mario Bros.” starring Bob Hoskins, John Leguizamo, and Dennis Hopper. It’s a movie that fails on every single level.

The greatest thing to come out of that movie is this interview with Bob Hoskins, who played Mario:

Interviewer: What is the worst job you’ve done?

Interviewer: What has been your biggest disappointment?

Interviewer: If you could edit your past, what would you change?

Also worth noting, Dustin Hoffman wanted to play Mario, the studio turned down Tom Hanks as Luigi, and the role of King Koopa was offered to Arnold Schwarzenegger and Michael Keaton. So many stars, so many dodged bullets.

Will the 2022 animated Mario movie break the curse? Are you excited to see it? Let us know in the comments below.

How to Fix Roblox Error Code 277 in 5 Easy Methods