This crazy version of Super Mario will trip you out 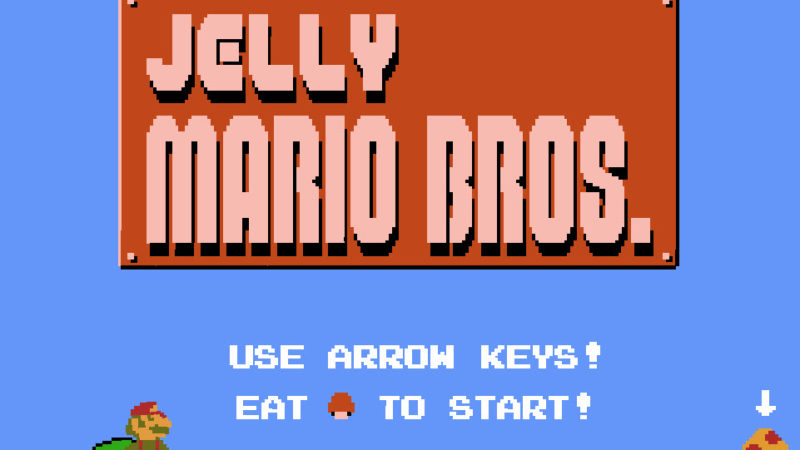 Super Mario is famous for eating mushrooms that make him bigger and stronger and even give him the power to come back from the dead. Well, engine programmer @schteppe has created a Super Mario game that looks like Mario has been eating a different type of magic mushroom.

Wow! You need to see this AR game

Jellymar.io turns the Mushroom Kingdom, and even Mario himself, into jelly and adds a crazy physics engine to the mix. Rather than running and jumping, Mario oozes through the levels like some sort of crazed flying amoeba that can thrust its way to glory.

Some of the more familiar Super Mario elements like collecting coins, smashing bricks, and stomping enemies have been taken out of the game, you’ll have fun playing around with this independent version of the famous platformer. Highlights include getting Mario’s head stuck in a block, music that adjusts to the speed you play the game, and exploding into a burst of pixels every time an enemy touches you.

Give jellymar.io a try and let us know what you think.

How to Make a Shield in Minecraft in 3 Fast Steps