Anonymous social networks and chat apps: why are they suddenly so cool? 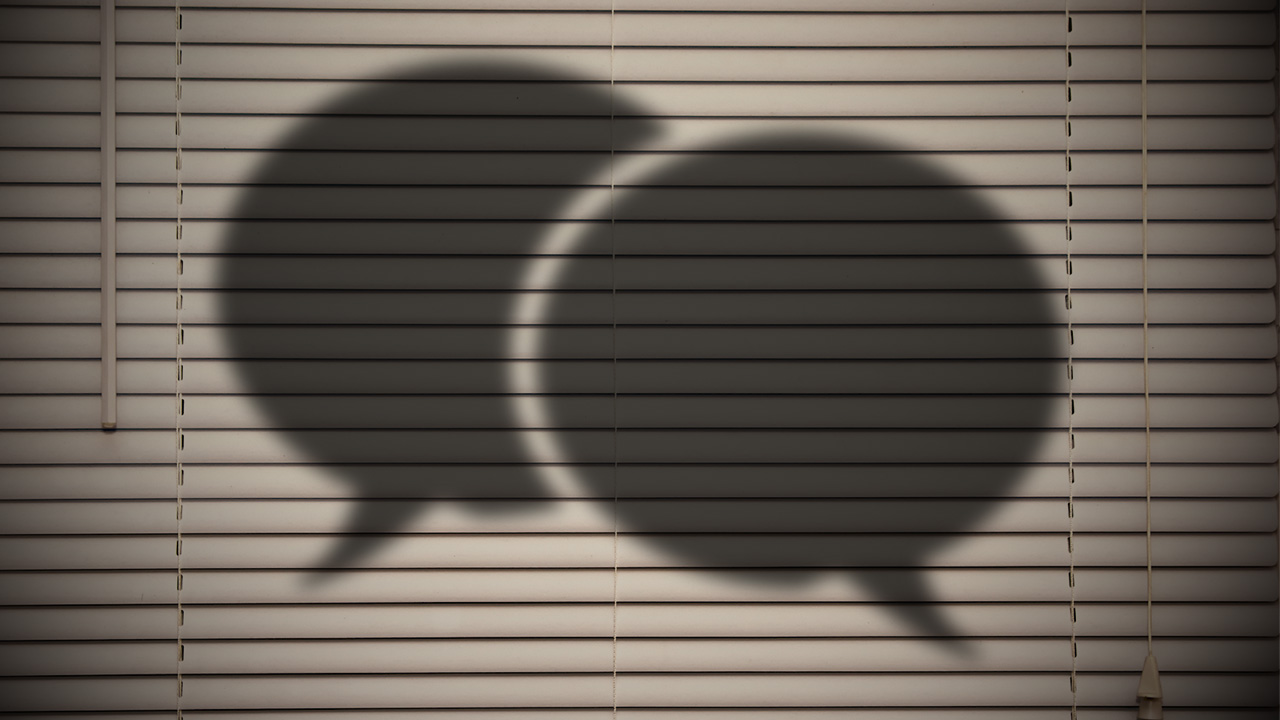 Anonymous messaging apps have suddenly become popular. Let’s see what they are, what they do, and why they’re quickly becoming one of the biggest trends.

Whisper, Secret, FireChat, rumr, and Truth are apps that let you post anonymous messages or let you chat without revealing your identity and have been racking up downloads in the App Store and on Google Play.

These apps let you share completely anonymously, publicly, or just with your contacts. The common root is the anonymity, even though each one of these apps has its own features that makes it different form the others. Since the trend started, “anonymous apps” seem to be constantly in the headlines. But what apps are they? How do they work? What do you use them for? And what’s the future like?

Chat, social networking, messages…but anonymity above all else

Some of these apps, like Whisper, were launched many months ago. Others, like Secret and Firechat, are relatively recent. Riding the wave of the trend, they reached the top of the charts in just a few days.

“Since its launch 15 days ago, FireChat has reached the 1st position in the Social Networking category in 15 countries and the top 10 in 105 countries. During second weekend since its launch, we were adding more than 2 users per second”, CEO of Firechat, Micha Benoliel, told us recently.

However, not all of these apps are the same. On the contrary, each one has its own peculiarity that makes it unique. Whisper is somewhere in between a social network and an IM app, where the only thing that identifies you is a nickname of your choosing. Posts – composed of text and a background image – are shared publicly with other users who can reply by loving it. 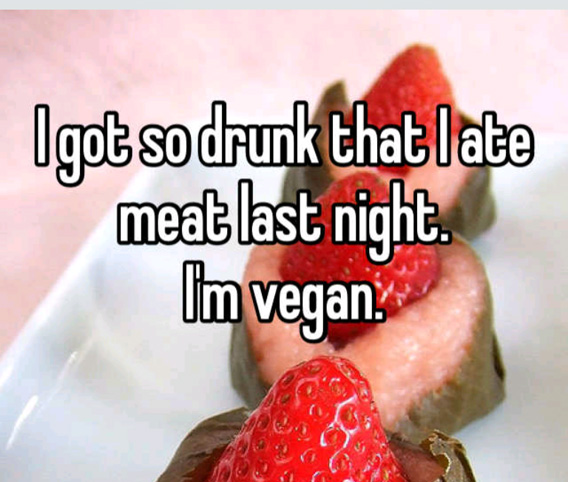 Secret lets you send the same kind of messages, but the big difference with Whisper is that even though sharing is still anonymous, it happens only between your contacts. If your posts are liked, they have more chance of reaching other people, starting with friends of friends. The app’s stream will still focus on your contacts’ activity.

Other apps like Firechat go further, creating a sort of group chat with people around you, without needing a data connection, thanks to the proprietary technology Open Garden.

Micha Benoliel tells us that the idea behind Firechat came from:  “Users’ demand for a messaging app that could work off-the-grid and from our will to show the potential of the Open Garden technology that could be easily understood by anyone.”

Other apps like rumr or Truth are still anonymous apps, but they offer a much more personal experience related to your contacts. In rumr, you create chat rooms with your friends, each person has their own text color, but nobody knows who is who. As it says on the app’s homepage, “It’s like having a conversation with the lights off.”

Truth goes further still, letting you send anonymous private messages to your phone’s contacts, even if the other person doesn’t have the app installed on their smartphone.

Immediacy and anonymity: the anti-Facebook

Like many other messaging apps, the users that first started using secret apps were young. These apps let them say what was really on their mind, getting their dirtiest laundry out in the fresh air. 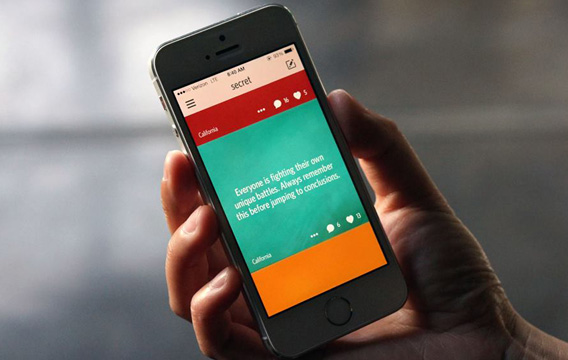 As Micha Benoliel highlights, “these kind of apps became popular because it is fast to start using them. There is no need to identify or create an account. It gives some users an additional freedom to express and say what they want.”

For Whisper’s Editor in chief, Neetzan Zimmerman, anonymity is the main feature of the app and it makes it an “anti-Facebook“. Whisper is the place where you can share what you can’t post on the social network, where everything is tied to your name and your image”.

The advantage of these apps is that it’s easy to start, there’s no need to identify and they give the users an additional freedom to express themselves.

Apps that address a broad, non-defined public like Whisper carry out a therapeutic function that relieves us from the psychological stress that keeping a secret involves. They are places where we can shout our secrets and problems out loud to unknown people without having to reveal our identity and without all the consequences being recognizable would involve.

The relief that people feel when publishing on these apps seems to be a digital version of Nova Pan’s project ‘Exchange Secrets’ on the streets of New York, where the student invites people to write a secret on a piece of paper, and then publishes it anonymously way on her blog. The amusement (or shock) you feel reading these confessions is the same, both on paper and in an app.

What these app create is often a sort of ‘empathic circle’ between perfect strangers. Actually, there is something intrinsically contradictory: even though these apps are called Whisper or Secret, they aim to spread secrets, as if it was something spoken that spreads from mouth to mouth.

As Zimmerman admits, their goal is to make Whisper a whistler-blower. A place to blurt out scoops, more than just a place to confess secrets.

Not just emotion and gossip

Though most of the messages are private confessions, unlike what most might think, these apps are not just used by emotionally confused teenagers. A few weeks ago, a post on Whisper said that Gwyneth Paltrow was cheating on her husband. One month later, the actress announced the couple was splitting up on her personal website. 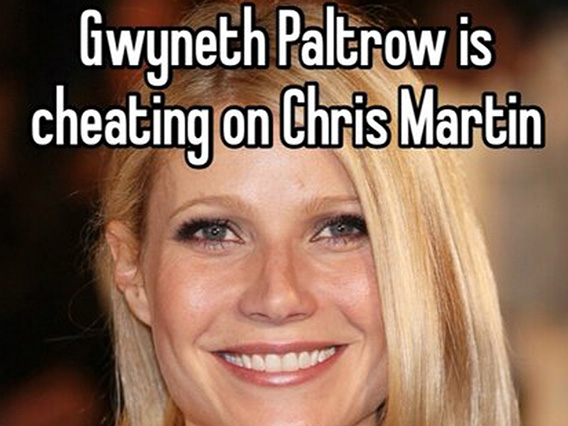 As an article from the Nieman Journalism Lab reports, Whisper collaborates with the Huffington Post, which uses shared posts on the app to create stories, like the one on the consumption of marijuana, or other more frivolous ones like the 10 Reasons Grandparents Are The Best. Recently the app has started a partnership with BuzzFeed.
Until now, the use of Firechat seems limited – it reminds me of those old 90 chats, where you just needed a nickname to start writing to strangers – and it’s still mainly defined to users looking for virtual friends with whom to chat.

The potential of this though is still to be discovered and, according to Benoliel, “The main benefit resides in the Nearby window where you can start exchanging messages and photos with people around you even if you don’t have internet access. FireChat can be used during festivals where there is almost no connectivity, like Coachella or Burning Man. It can also be used on the subway, in the train or at the a ballpark.”

Firechat lets you exchange messages and pictures with people around you, even if there is no internet access

Firechat could become a sort of ephemeral social network where you could share opinions on the sports, updates on the protest or your mood with people in the same area in a “much more interactive and realtime way compared to apps like Whisper and Secret.”

Problems – and the future

Apart from acting as a virtual soapbox, where you can air your secrets, opinions, and frustrations, the potential ways to use social networks and messaging apps like Whisper, Secret, and Firechat are many and varied. So too are the threats inherent to these apps. 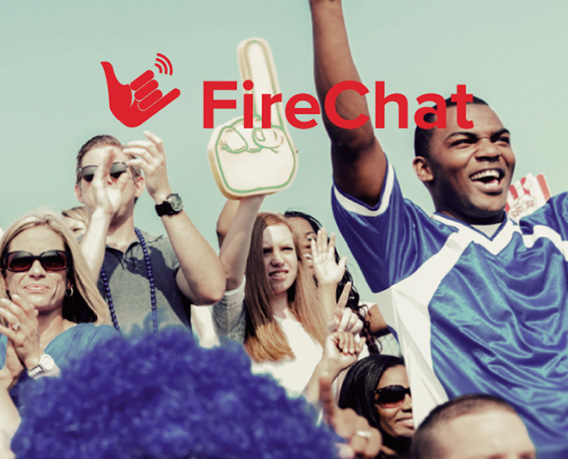 If, on one hand, anonymity seems to promote sincerity and to protect users, on the other hand it could be a limit to the depth of conversation. Moreover, a fictitious identity can attract trolls and haters, especially in direct messaging apps like Truth. Until now, however, we’ve actually seen more empathy than anything else.

Fake news has already been published on Whisper and Secret, like the alleged change of ownership of Evernote, as well as gossip. We can’t say if they will become a source of cyber-bullying, or if we’ll see changes to their anonymity policies in the future.

Whatever about dangers, the potential is huge. First of all, in regard to journalism and the sharing of private information anonymously through the apps. This could prove to be an important way of sharing information without revealing the source’s identity.

Moreover, compared to social networks like Facebook, where the publicity of our identity makes us wear social “masks” and act consequently, these apps let us be free. We can be more sincere and honest, even with ourselves. That means that apps like Whisper and Firechat could prove to be interesting indexes of social trends and moods.