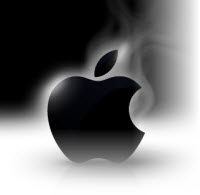 The numbers are in, and Apple has had its best quarter ever, in terms of revenue. At $26.74 billion, Apple even superseded its prior best quarter, which was $20.34 million at the end of 2010. Coming off what was arguably a very successful grand opening of the Mac App Store, as well as the upcoming release of the iPhone for Verizon customers, there’s a lot for Apple users to look forward to in 2011.

Apple broke a new record in its iPhone division, selling 16.24 million. iPad sales also increased by over 3 million from last quarter, totaling 7.33 million. Mac computer sales of 4.13 million were also at a record high, up 23% from 2010. The only product whose sales figures didn’t improve was the iPod which, at a 7% decline, is continuing a drop that started last year.

This is good news overall for Apple product users. As the company continues to grow and increase revenue, so too will its inventory of mobile and Mac apps in all likelihood. As Nick pointed out in his full review of the Mac App Store, downloading and installing apps on a Mac has never been simpler. Although it remains to be seen whether Apple will continue breaking its own revenue records from quarter to quarter, with new innovations like the Mac App Store the future certainly does seem bright.