Apple learns that slicker is not necessarily better

It seems that the philosophy of many software developers nowadays is ‘slicker is better‘. So many apps are updated with increasingly minimalistic interfaces, intended to make them easy to use. Sometimes this works, but sometimes it removes functionality, features and power that made the app so what it was. Almost every time a company redesigns an interface, be it Apple or Facebook, there is always a backlash by users who don’t see the need for change. Apple have just learned this lesson the hard way in the wake of the recent release of Final Cut Pro X which has been met with outrage by video editing professionals.

Will Apple relent like Twitter and the unpopular Quickbar? Do the disgruntled users really have a point?

It was clear from the initial screenshots that Final Cut Pro X bore more than a passing resemblance to the more basic iMovie – and professional video editors don’t want to feel like they’re using a Mickey-Mouse tool to edit their videos. Reports are already emerging that Apple are having to issue refunds to angry dedicated users who are outraged at what they see as the dumbing-down of Final Cut Pro X.

And you only have to look at the comments in the Mac App Store to see how irritated professional users are. One such user rages summing-up the feelings of many:

This application should not be called FINAL CUT PRO as it is in NO WAY COMPATIBLE with older versions of FCP. Basically rendering the app useless if you are in need of accessing older FCP projects. Its basically IMOVIE with a few improvements.

Another says he’s on the verge of tears:

I can’t believe what apple did with FCP X… this is no longer a professional application… this is just an upgrade of iMovie!!!

1. You can’t view an external monitor like a production monitor.
2. Hundreds of preferences and features are GONE!!
3. Settings are GONE as well…

This is a Final Cut Express meets iMovie!! I’m so disappointed that I want to cry!! : ( I’m a HUGE apple fan but this is a BIG blow for Professional Mac editors… so disappointing…

These sentiments are understandable. This is what iMovie looks like: 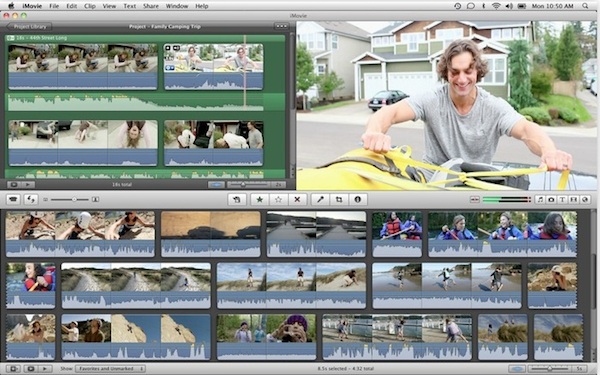 And this is the new Final Cut Pro X: 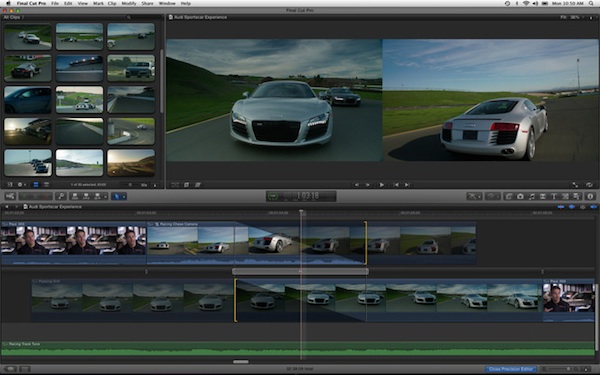 Apple normally doesn’t issue refunds on the basis of customer dissatisfaction with purchased software. However, in order to minimize quite a PR disaster, it seems it will either have to this time, or rush-out an update that restores Final Cut Pro X to its former glory.