Josh is 16, is about to go back to school and this year,  he’ll go back armed with apps to make studying, taking notes, and keeping up-to-date on his grades, tests and absences even easier. Here are his must-haves!

“Nobody needs a vacation as much as the person about to go back to school. Well, I guess that’s not exactly how the saying goes… but it pretty much sums it up, right? 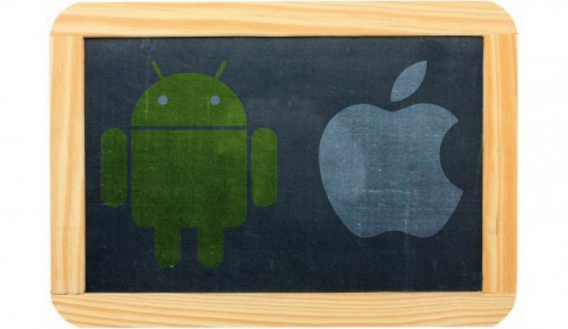 In the end, it’s the same problem every year. It starts with math, pop quizzes, Spanish, trying to squeeze in a snack between classes and all sorts of other stuff… there’s no escape! And of course, I can forget about getting a car. ‘When you’re 18 you can have a car’, my parents say. So until then, I guess I’ll be picking Ashley up on my skateboard…

Anyway, this time I’m going back to school prepared; I don’t want to risk failing another class. What apps can help me?”

For starters, WordReference (for iPhone) is perfect for my English homework, a dictionary that’s super useful.

If I really want to get down to business in Spanish class, I can poke around Phrasebook (for iPhone and Android), which is a million times better for managing languages than a book!

If I don’t feel like spending time on it though, I’ll use an automatic translator.  The best ones

are Google Translate (for iPhone and Android),iTranslate Voice for iOS and Trippo Mondo for Android.

Of course, I use Evernote to take notes in class (for iPhone and Android). I also found out that it has an OCR function, meaning I can scan pages with my camera and convert it into text.  I can even record my classes (I guess that means I can pay a little less attention in class and a little more attention to Ashley).  It’s awesome! Actually, what’s even cooler is that I can share my notes and videos with her!

By putting my notes or video files in my public folder on Dropbox (available on my iPhone, as well as her Android), she can have a copy of my notes, or any other files I want to share with her, like pictures from my recent surfing trip to Costa Rica (she doesn’t have to know that the one picture of me actually surfing is the only time I managed to stay on my board the entire day).

Last year, she gave me a math tip when she told me to try iMatematica, which she uses on her Android. I thought to myself, there’s no way that app exists for the iPhone. Well, it turns out it does! Now I have every formula possible right in my pocket.

When I’m a bit stressed, I can play a round of brain boosting games (trust me, they’re much more fun than they sound).

This summer I discovered WordOn (for iPhone as well as for Android) and I played so much that I won 43 out of 51 rounds; I would have won all of them if it weren’t for “anna41445” who managed to beat me!

My friend Mark challenged me in Ruzzle (this one is for both the iPhone and Android), and we battle it out. He always finds a ton of short words; I usually fewer words, but I look for the long ones that are worth more points.

Mark also likes those test things, so he’s always playing around on Logical Test (which I think is just for Android, or I’d be playing it too). Basically it’s a bunch of puzzles, riddles and stuff like that, and some of them are actually really interesting!

And they say smartphones make you dumb.

If you’ve been out of school for a while then feel free to recommend a few apps to go back to work prepared!