Even if you haven’t picked up a controller in years, there’s a good chance you’ve heard of eSports. Because of the rise of online multiplayer and video gaming, the eSports industry has grown exponentially. Experts estimate that eSports will be a $1.5 billion industry by 2020, and today “professional” players are competing in tournaments boasting prize pools reaching up to $24 million.

So what exactly is eSports, anyway? If you’re looking to jump in on the trend or just want to get a better idea of what eSports is all about, this guide will give you the basics.

A beginner’s guide to eSports 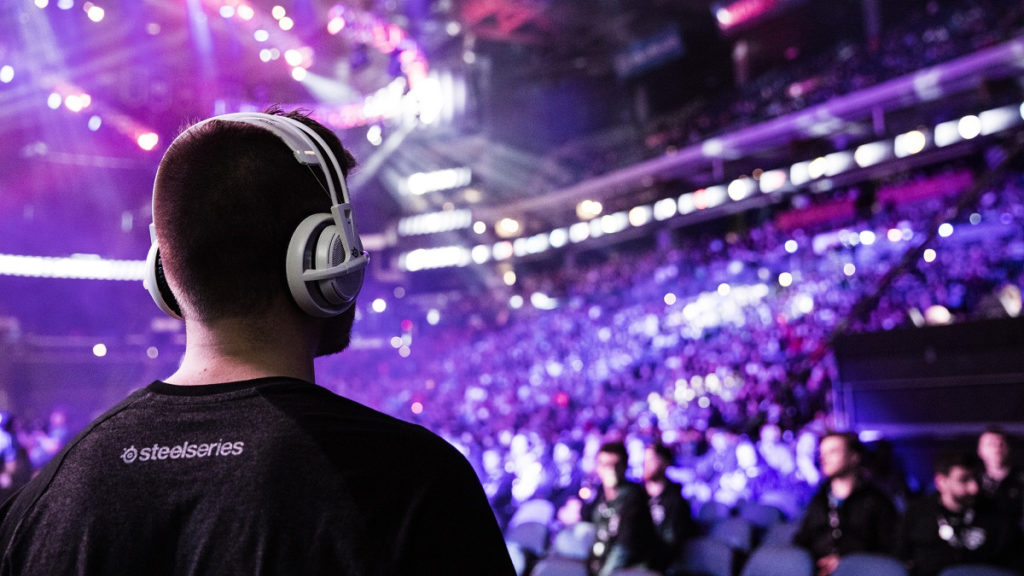 In the simplest terms, eSports is competitive video gaming played at a professional level. The type of video game can include anything played with  a mouse and a keyboard or a controller or even arcade sticks. This includes competitive fighting games such as Street Fighter and Super Smash Bros; first-person shooters, otherwise known as FPS, such as Counter Strike: Global Offensive and Overwatch; and Multiplayer Online Battle Arena games like League of Legends and Dota 2.

For those who grew up playing video games, you can think of eSports as your typical neighborhood game, but on a worldwide scale.  These days, the audience has gone from the usual bystanders at your local computer shop to anyone from anywhere in the world.

Between the growing number of sponsors and tournament prize pools, skilled individuals can now earn a living from their gaming skills, just as how professional athletes have made millions off their prowess in a particular sport.

How do you get into eSports? 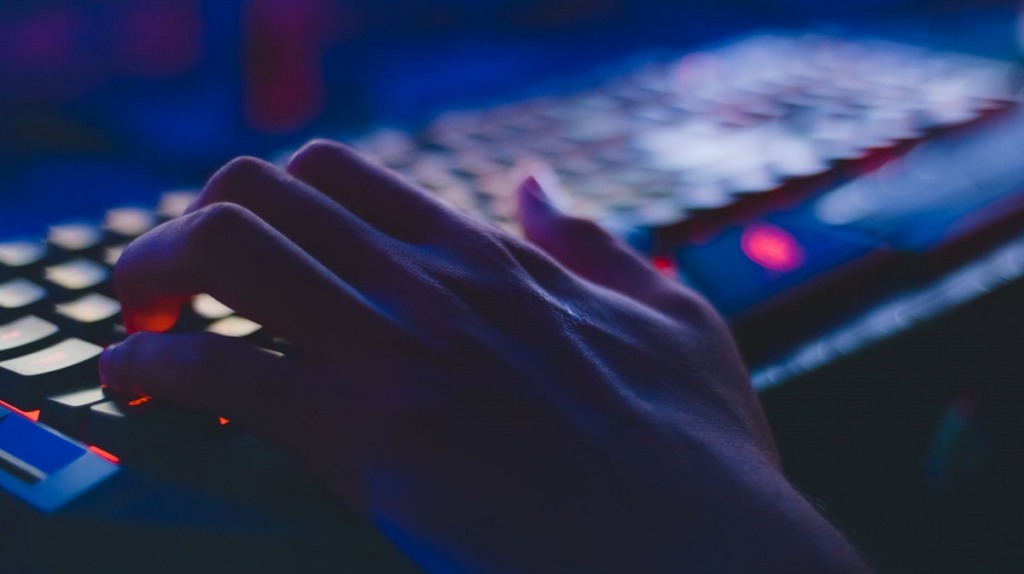 Competitive eSports has become a whole ecosystem, one that involves a lot more than just professional video game players. Though professional players get a huge chunk of the money, the industry – similar to that of any other sport – also includes team managers, coaches, analysts, streamers, casters, and writers, just to name a few.

There are numerous ways to get your foot in the door. Getting into the industry itself requires a lot of hard work and dedication, just as getting into any other industry would. So before diving in, make sure it is something that you’re truly passionate about.

Alan “Nahaz” Bester – a Dota 2 statistician, host, and analyst who runs a graduate program for economics at the University of Western Ontario – has a pretty good breakdown of what’s required to break into the eSports industry. You can watch it below:

TLDR; getting inside the world of online competitive games isn’t easy. You get a job in eSports by treating it as you would when trying to get any other job -setting goals and working hard. 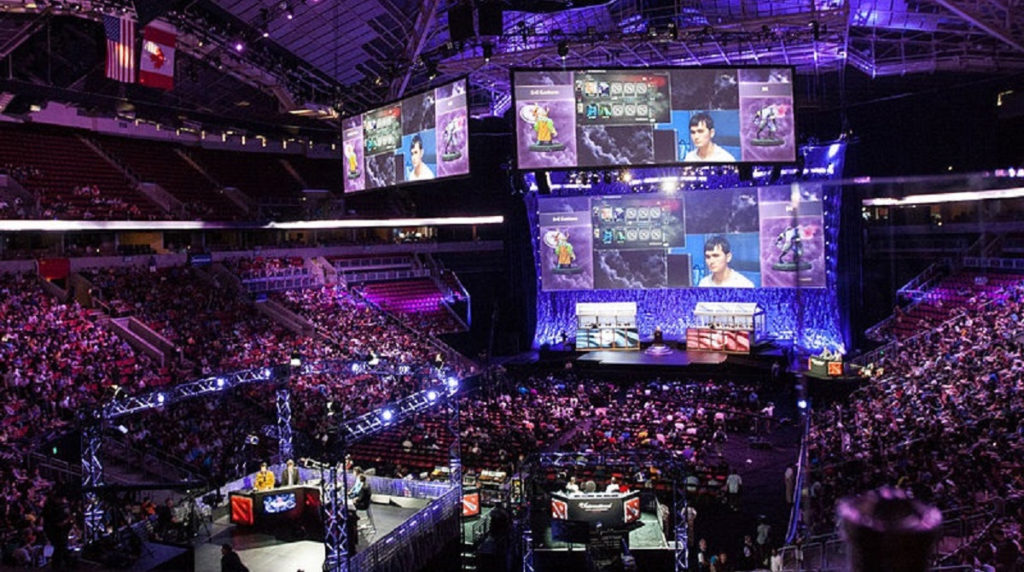 League of Legends and Dota 2 are by far the biggest eSports titles. Referred to as “MOBAs,” both games pit two teams against each other with the goal of destroying the enemy’s base on the other side of their map. To accomplish this, each player is given a hero with its own unique abilities, strengths, and weaknesses; players can make the hero stronger by using gold to buy equipment and by leveling up to get more abilities by killing enemy heroes and other units on the map.

Right behind the two of the best competitive games are FPS titles such as Counter-Strike: Global Offensive and Overwatch. Meanwhile, RTS games like StarCraft, which gained immense popularity and set in motion the eSports industry today, are right up there among the most lucrative titles.

Though those mentioned above are the most popular competitive games today, there are other genres in the industry as well. This includes fighting games as well as card games like Hearthstone or Gwent, and games based on real-life sports such as soccer (FIFA) and basketball (NBA 2K).

Below are other eSports games with sizable followings and tournaments with notable prize pools:

There are eSports tournaments literally going on all the time, and you can watch them anytime you want. Twitch, the biggest player in video game streaming, is the go-to site for your esports live streaming; you can watch anything from a guy playing in his basement with nothing but his boxers on to professional players practicing and even professional matches happening live from across the globe.

Want to watch a match of Dota 2? Clicking the giant Dota 2 image located on the site’s homepage will take you to a selection of ongoing streams sorted by popularity by default.

But while you can watch any game at any time, there are a couple of eSports tournaments, which can occur once or twice a year, that stand above all others.

The International is Valve’s annual world championship for Dota 2. Since offering a then-record $1.6 million prize pool back in 2011, Valve’s flagship MOBA has broken the record for the largest eSports prize for seven years in a row; the latest iteration of the event, The International 7, reached a whopping $24.6 million before the crowdfunding ended. Nearly half of that money went home with the tournament’s winners, Team Liquid, who are now the most lucrative eSports organization with $18,193,346.85 in winnings across 1,118 tournaments.

Now with a full annual schedule referred to as the Dota Pro Circuit, with as many as 26 Valve-sponsored tournaments in total leading up to next year’s The International 8, Dota 2’s biggest annual event is set to be even bigger once it returns in August of 2018.

Known to many eSports fans as “The Worlds,” Riot Games’ annual championship tournament for League of Legends serves as the culmination of each competitive season. Now in its seventh season, the League of Legends World Championship is arguably the most popular eSports event in the world – the recently concluded LoL Worlds 2017 reached peak viewership of 80 million total unique viewers.

While Counter-Strike: Global Offensive tournaments don’t feature prize pools as large as other Esports titles, the tournaments are popular; the CS:GO Major Champions, casually referred to as Majors, are the most popular in CS:GO.

While there are plenty of notable personalities in the eSports industry, the ones we’ve identified below are those who have had a huge impact on the growth and popularity of eSports as a whole.

Lee “Faker” Sang-hyeok is a legendary player who has achieved immortality in an industry where change is constant and glory is temporary.

The 21-year-old Korean is easily the best player in League of Legends. Some would even go as far as to say that he’s the best eSports player ever. Though many would argue against the claim, his resume speaks for itself; Faker has 3 World Championship titles under his belt, among many other impressive accomplishments.

Given his relatively young age, Faker will only continue to add to his legacy. But should he choose to retire today, Faker has already earned his spot in the Mount Rushmore of the eSports industry.

Christine Alejandre and the rest of Turner’s ELEAGUE team proved that eSports isn’t just for hardcore fans who watch the matches live on their computers; it can also appeal to a more general audience who prefer a more laid-back experience on their television.

What Alejandre and TBS accomplished and continue to accomplish is huge for the entire eSports industry. Because of them, broadcast networks now have a template for televised eSports broadcasts. They set an important precedent for how eSports can break into mainstream media and gain respectability.

Few people made a career of gaming in the earliest years of eSports. Even fewer transitioned to a more successful career in the same industry once they decided to put down their controllers. Paul “Redeye” Chaloner is one of those few people to have done both.

One of the foremost authorities in professional eSports and video game broadcasting, Redeye has seen it all in the industry, and he’ll likely see more in the years to come. Though he first started with Unreal Tournament and gained fame shoutcasting Quake back in 2002, he has since covered myriad games across multiple genres and from countries from all over the world.

What are you waiting for? Dive in! 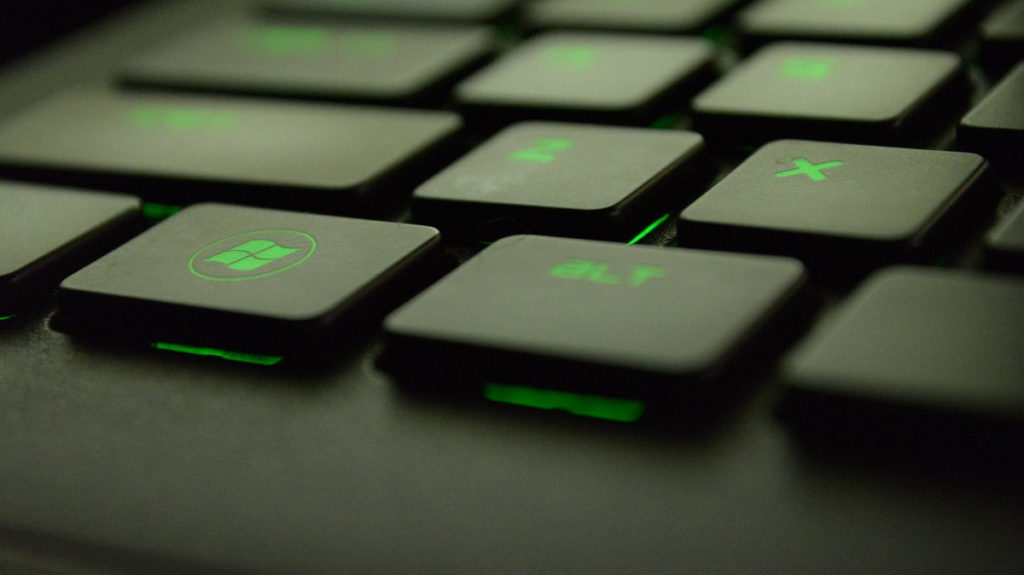 The best way to get to know the industry is to just dive in headfirst and see what you find out. If you don’t yet know what game you’d like to play, Twitch and YouTube both have lots of content you can browse to find out which game suits you best. Once you find one, it’s only a matter of time before you start looking up future tournaments.

Before you know it, you’ll be scrambling to upgrade your setup so you can stream yourself – or at least, play the game as the pros play it. Or you might just end up being one of those thousands of fans screaming at the venue!