Best Discord tips and tricks: How to download, install and configure the #1 chat app

Discord has established itself as one of the most effective communication platforms on the web. Discord is now up there with Reddit, Twitch, and other social media platforms and chat apps like Facebook and Skype. If you’ve a big group of people, Discord is infinitely more useful than a WhatsApp group chat as it allows you compartmentalise chatrooms and discussions, so that everybody doesn’t get blown away by a few chatty group members. Discord started its life as a server for gamers but there is now a much broader Discord community with many different types of Discord user, precisely because of all the cool features it offers them.

Let’s look at these features in greater detail then. If you’re new to Discord or if you simply want to learn more about it, read on. These are the best tips and tricks to help you get more out of Discord. 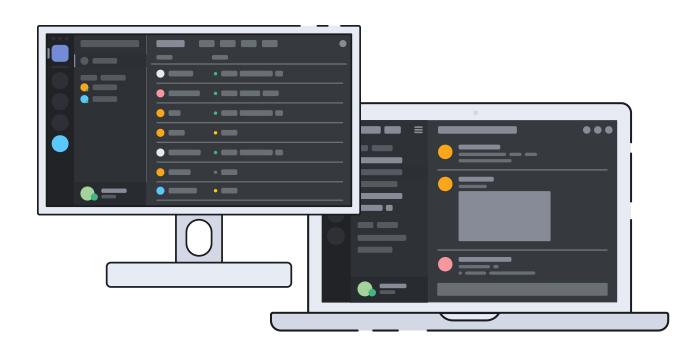 If you’re using Discord more than once a week, then you should download the app, which offers much more functionality and specialized features than you’ll find on the Discord website. Furthermore, with the app you’ll cut down on any lag issues as you won’t be going through the website, which also functions as a gaming client.

When you have downloaded and installed the Discord app on your Windows PC you should then learn the Discord keyboard shortcuts and hotkeys. This will make it much easier for you to perform various tasks. When you have the hotkeys memorized you won’t need to go searching through various menus looking for a certain function. You can find a full list of the hotkeys here and check out some of the most popular options below. 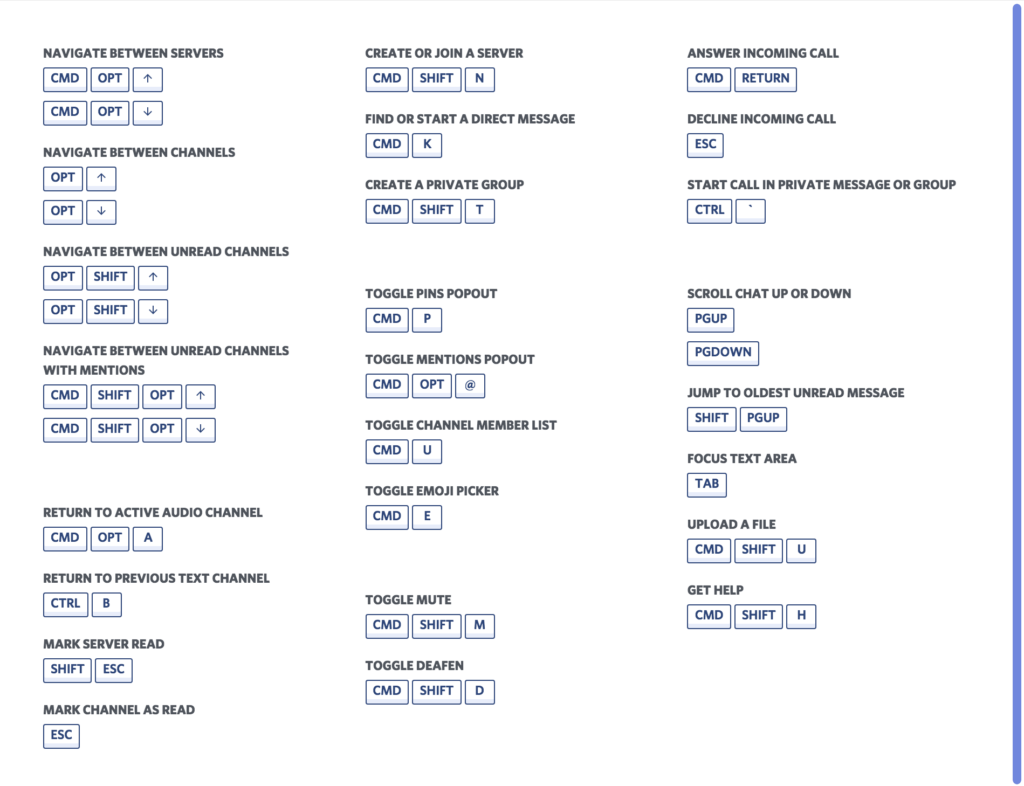 As well as a number of defined hotkeys, Discord also allows you to set your own Keybinds that will perform certain actions. To set these up you need to go to User Settings, then Keybinds, and then once you’re there hit Record Keybind to define your key combination and resulting action. 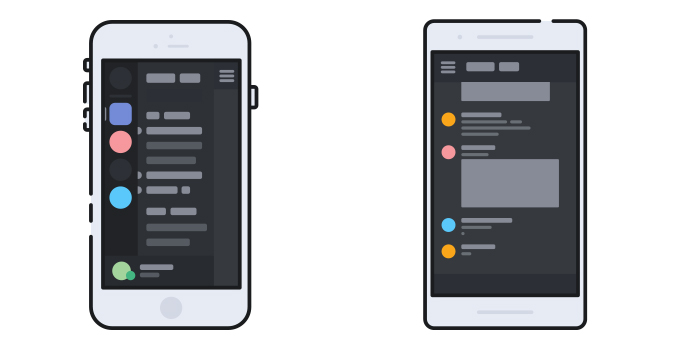 You can download Discord for Apple iPhones and Android smartphones (Android and iOS). It is good to have your Discord messages coming into a separate device when you’re gaming, so that you’re not constantly being interrupted by notifications. On top of that, you’ll also be able to take your Discord channels, chats, and servers with you wherever you go.

It is very easy to find yourself a member of lots of different Discord servers. If this is the case for you, there is a good chance your Discord notifications have started to get away from you. One of the great things about Discord though, is that it gives you an excellent level of control over the notifications it will ping your way.

To take control of your Discord notifications go to User Settings and then hit Notifications. Here you’ll find all sorts of control options including muting servers and channels.

Discord bots are actually really useful. Unlike Twitter bots, which seem designed to annoy, harass, and generally disrupt genuine public interaction; Discord bots are much more like features and plugins that will enhance your Discord experience. Bots can help you find the right channels to tune into and others will even perform tasks for you like playing music etc. There are lots of Discord bots out there and lots of discussion going on about them and what they do. Do a little digging and you’ll soon find the bots you’re looking for.

At the heart of Discord sits a messaging app. Strip away all the cool features, bells, and whistles and you’ll find a neat way to talk to your friends online. Text chat is Discord’s bread and butter and you can take your Discord text messaging game to the next level by learning a few codes to format your text. By adding various symbol combinations before and after your words you’ll tell Discord to format your text accordingly with commands like Bold, Bold Italic, Underline, , and many more. Not every message needs to be written in plain text. You’ll find a picture of some of the text formatting codes below and a full list here. 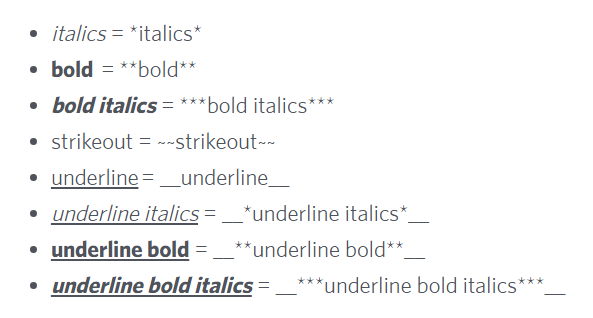 As well as formatting your text input to Discord Chat, you can also send Discord Chat Commands that will tell the app to perform certain actions in the text box. These include actions like /shrug, which will tell Discord to type ¯\_(ツ)_/¯ in the chat box, which is way better than any emoji. Other actions include /tenor <query> and /giphy <query> to search for and add GIFs to the chat. You can find a full list of all available chat commands here at the Discord Wiki.

One chat command that deserves a special mention is /nick <new nickname>, which will change your nickname to whatever name you like on whichever server you’re on at the time. One thing to note, however, is that this command will only work, if the server has granted Change Nickname permissions.

Discord introduced Server Folders midway through 2019. They provide a simple function that many users had been asking for pretty much since Discord first launched. Basically, Server Folders allow you to organize all your servers into manageable groups. If you’re a member of a lot of groups, then this will make your Discord account a lot easier to manage. All you need to do to create a Server Folder is drag a server over another server and release. This will create a folder containing those two servers. You can then add and remove further servers using the same method.

So, there you have 10 hot tips and tricks that will help you take control of Discord and get more from the service. Discord is quickly establishing itself as one of the most feature rich messaging apps out there. It isn’t as popular as like the likes of WhatsApp and Facebook Messenger, but it does offer many more tools than you’ll find on those apps. We hope today, we’ve given you a good idea about how to take advantage of some of the most useful Discord features.

10 cool things you can do with Discord online chat ►