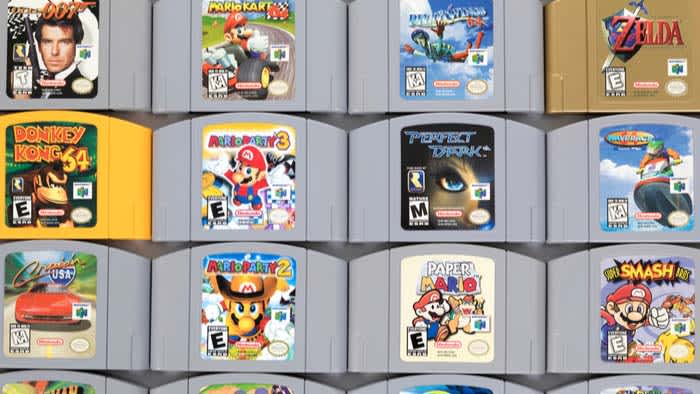 Man, does this system even need an introduction?

The Nintendo 64 is one of the greatest systems of all time. While so many systems were struggling with the jump to 3D, Nintendo charged to the top creating games that set the industry standards.

Just look at how happy this kid was when he got an N64:

If you don’t feel like digging through boxes of your old Ninja Turtles and Power Rangers in your parent’s basement to find your N64, you can play these on your computer! We’ll tell you more about that later.

With so many amazing titles to choose from, some sadly could not make the list. If your fav didn’t make the cut, let us know in the comments below!

Oh yeah, you can expect to see a bunch of Rare games on this list.

This game has a guided rocket launcher and a sniper rifle that can shoot through walls. Do we really need to say more?

Coming out three years after Goldeneye, Perfect Dark felt like the successor it deserved. This spy-shooter thriller had the player use futuristic weapons and technology to stop an alien conspiracy being played out by a rival agency.

Your unique arsenal of weapons mixed with the thrilling spy adventure made for a thrilling experience. There is a Perfect Dark game on Steam, so if you’re looking to dive into the franchise, this is a good starting point.

Before kids lied to their parents saying that Grand Theft Auto was a fun racing game, we were telling them that Conker’s Bad Fur Day was a game about an innocent, little squirrel. What we didn’t tell them was that this innocent little squirrel was a drunk, foul-mouthed womanizer who fights a hangover the entire game.

The game was filled to the brim with hilarious pop-culture references as well as a ton of original humor.

And, of course, there was also the Great Mighty Poo:

The game had all of the same great components of other Rare 3D platformers like Donkey Kong 64 and Banjo Kazooie, but it was also so non-Nintendo. Nintendo had a reputation of being very innocent and typically deviated from adult content in games, and they still do. Conker’s Bad Fur Day wasn’t a step out of their comfort zone, it was a flying leap. And honestly, it’s a jump they need to take more often.

While making this list, Mario Kart 64 was occupying this spot. However, the more we thought about it, there’s nothing about that game that makes it better than Diddy Kong Racing.

In this game, the levels just feel so much more alive as you maneuver through the jungle and around dinosaurs. You can also take to the skies for the trademark plane races.

In this game, you could also race as some of the characters from other Rare titles including Conker and Banjo.

Sure, Mario Kart 64 is a phenomenal game, but we struggle to find an area where the Italian plumber bests Diddy. 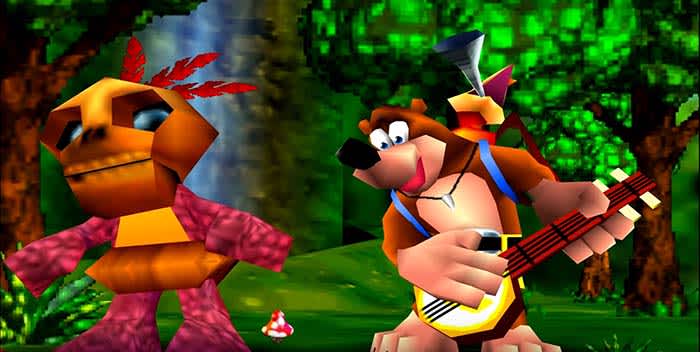 See what we meant? Lots of Rare games.

First off, let’s watch one of the greatest openings in video game history:

It killed us to not put Banjo Kazooie higher on this list. However, there are just too many other great games more worthwhile. That should be a testament to how amazing the N64 was.

There isn’t another 3D platformer like Banjo Kazooie. You control a bird and bear duo who traverse through different levels collecting jigsaw puzzle pieces until they can finally face down a witch. That might sound weird, but think of it as Super Mario 64 meets a Grimm fairy tale.

The game had so many amazing power-ups. You could use the bird, Kazooie like a Swiss Army knife. She can be used to shoot eggs like a machine gun, acts as your own personal airplane, or use her beak as a battering ram.

Banjo Kazooie was a weird fantasy story mixed in with incredible and unique mechanics. If you’re looking for something that feels totally fresh, you can’t go wrong with the bird and bear.

6. The Legend of Zelda: Majora’s Mask

There’s no game that has the same feel as The Legend of Zelda: Majora’s Mask.

Majora’s Mask follows Link on his quest to stop the moon from falling to the Earth, thus obliterating the world of Termina. However, even with their impending doom, the people of Termina just seem damaged beyond repair.

You come across tragic story after tragic story. When you finally find a moment with even a shred of joy you hold onto it as one of the few things that make Link’s mission worthwhile.

Who didn’t cry at this part?

Majora’s Mask has one of the most unique mechanics in any game. Termina is alive. The people all have schedules that they maintain. You can always expect the Goron with your name to arrive at the hotel at a precise hour. You can expect aliens to invade a farm on a certain day. And you can always expect a beautiful wedding to nearly fall apart just minutes before the moon destroys everything. This feature encourages you to want to save Termina even more. You want the wedding to happen. You want the Zora to get to raise her babies. Finally, you want the Skull Kid to atone, and find a way to live in a world without chaos.

If you can play through Majora’s Mask without feeling some sort of emotion pass over you, check your pulse because you might’ve met with a terrible fate yourself. 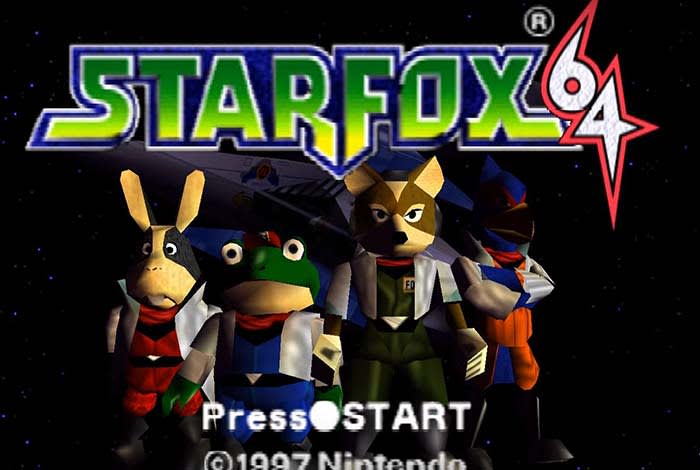 Back in the days of the NES, space shooters were everywhere and they all felt the same.

It’s not like they weren’t all fun, it’s just that the market was saturated with them, so they just felt like the same. When Star Fox 64 was released, it knocked us all on our butts and completely annihilated the space shooter genre. In certain levels, you can pilot your ship across the entire map, shooting down enemies as you fly like Luke Skywalker on Hoth.

You can beat the game in about an hour, but you’ll need to be an expert of the game to figure out how to play each and every stage so that you can get to the true ending.

You play the game alongside fellow pilots Falco, Peppy, and Slippy. Rather than just hearing the pew-pew-pews of your laser, the game is filled with their banter as well as that of your enemies. Slippy is constantly getting into binds and asks you to save him. Falco is cocky is talks like he’s the best pilot in the galaxy. Peppy is the veteran pilot who is teaching you as your journey continues.

Plug this one in, and go show Andross who’s boss.

While the Call of Duty franchise is trying to act like the standard for first-person shooters, Goldeneye is just running circles around it.

Nintendo somehow made a 3D first-person shooter where you run and aim all with the same control stick. You know what, it works incredibly well.

Goldeneye was a game that you could break out and play with all of your friends and family. Multiplayer with three other people was a wild time unless some jerk picked Oddjob.

Although we love this game, we have to admit that it plays so much better on mouse and keyboard. If only there was a convenient link you could click on to play this game online…

If you’ve never played it before, it might take a while to get used to the unique control scheme. However, once you do, you’re in for a treat. 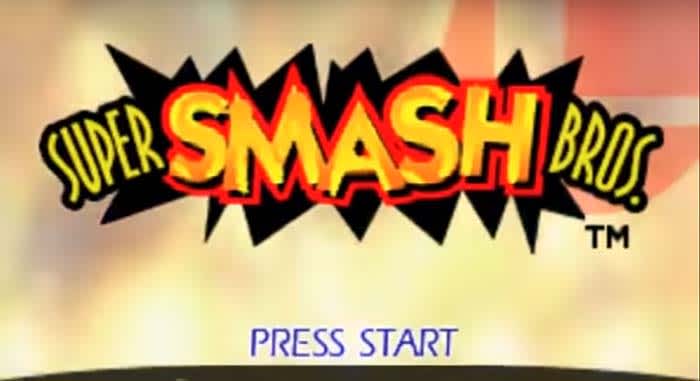 Super Smash Bros. seems like one of the most obvious ideas for a game: take the beloved characters from various titles and put them in a tournament fighter.

Often duplicated, never replicated, Super Smash Bros. was THE staple multiplayer game for the N64. You and your friends could settle debates like, “Who would win in a fight between Mario and Link?”

Also, it had one of the greatest commercials ever made:

Although Smash has gone on to bigger and better things since this title, we can still pick this one up any day of the week. 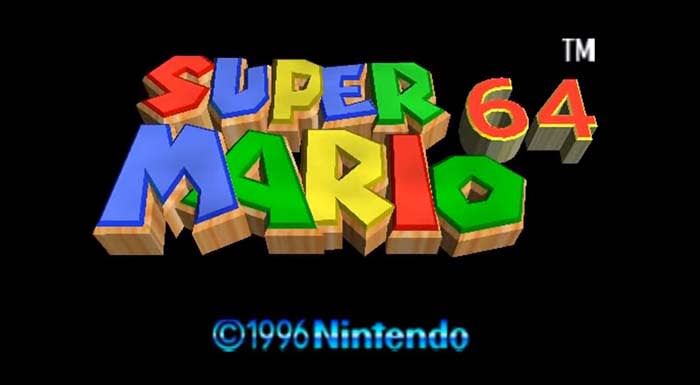 Even at nearly 25 years old, Super Mario 64 is tapdancing around modern platformers. The game is all about control. Mario seems like he can move however you need him too.

Need to get on top of a steep ledge? Mario, can triple-jump into a wall-jump and then dive to make his way up there. The controls are so crisp and clean, that it is one of the most popular games to speedrun out there.

Mario 64 has so many memorable moments. How many of us dropped the baby penguin off the ledge after getting the Star from its mom? Who else, spent hours surfing around levels on a Koopa shell? Who else swore like a trucker at the screen as you failed to catch the bunny after your 20th attempt?

Mario 64 is a phenomenal game. However, there is one clear winner that can even surpass this titan.

1. The Legend of Zelda: Ocarina of Time 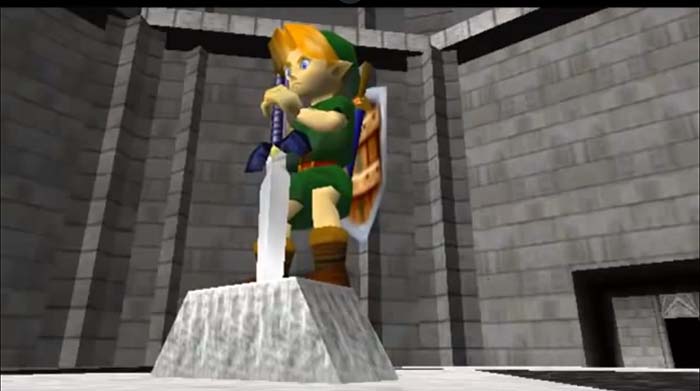 Look, there are a lot of game reviewers that will tell you that Ocarina of Time is actually overrated and that putting it at the top of the list is a pleb’s point of you.

The Legend of Zelda: Ocarina of Time deserves all the praise it gets. Calling something “the greatest game of all time” seems stupid given the sheer amount of games on the market, and different types of video games out there. However, saying it about Ocarina of Time just makes sense.

Call us basic or bandwagon for making this our number 1; we’ll wear that badge with honor. There just isn’t another game on the console that even comes close.

Bring the experience to your desktop

A bunch of games that didn’t make this list that really hurt us to exclude. Donkey Kong 64, Mischief Makers, Wave Race 64, and All-Star Baseball 2001 are just a few of them. However, you can play all of these games and more through Project 64.

Click the link below to download the emulator. Finally, all of your favorite N64 games will be at your fingertips.

Did we omit some of your favorite titles? On this titan of consoles, what are your favorite games? Let us know in the comments below!

How to Install PUBG in Gameloop in 3 Easy Ways