Virtual reality isn’t all video games. Sure, there are some rad games out there—but were you aware that the New York Times has been making VR content for the past few years? Or, that you even though there’s no iOS compatible headset, iPhone users can still visit another version of reality?

The current crop of VR apps on today’s market let you explore other worlds, get an art history lesson, watch someone jump out of a plane—or get a different take on your favorite YouTube clips.

Here, we’ll look at some of the top VR apps for Android and iPhone. 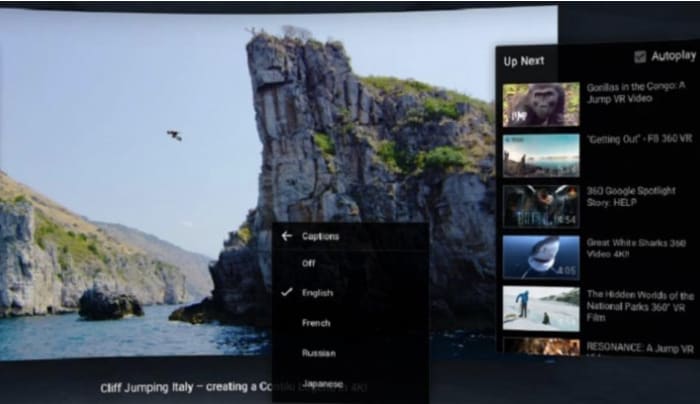 YouTube VR is only available on Android, and you’ll need a Cardboard or a Samsung Gear to access the app by way of the Daydream app. But, it’s a pretty rad experience once all of the moving parts are in place.

The app brings a different perspective to the YouTube universe—you can explore all video content—from regular music videos to 3D 360 videos. The draw isn’t so much watching your favorite YouTubers perform up close and in 3D, that will get old fast.

Stick with the Virtual Reality Channel where you can experience skydiving, cliff jumping, and other thrill-seeking behaviors from the safety of your phone. 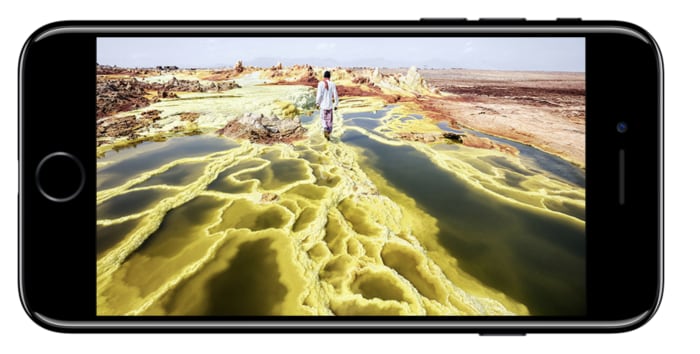 Yes, the New York Times has a virtual reality app. It’s been around since 2015, and since then, they’ve created hundreds of immersive news reports that allow a glimpse into the lives of Syrian refugees or Iraqi forces or see what Pluto looks like.

NYT’s VR isn’t your standard news fare. Instead, the Times focuses on places you can’t usually go—tapping into VR’s explorative and empathetic potential.

Ever wondered what it was like to give a speech in front of a full auditorium? Need to conquer a fear of public speaking or prepare for an upcoming speech?

Virtual Speech aims to take your public speaking skills to the next level, presenting you with a virtual audience that mimics the sounds, yawns, and mannerisms of an actual crowd.

It doesn’t stop there. You can gradually increase the judgment level of the crowd, add in distractions, and amplify the sounds of rude audience members. At the end of your speeches, you’ll receive a score—for both verbal and nonverbal communication. 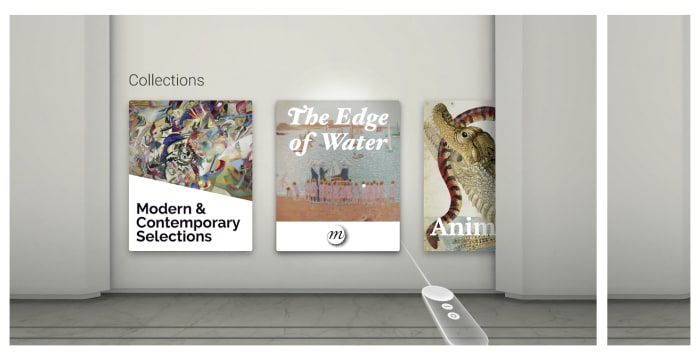 Google Arts and Culture is the next phase in Google Art. They’ve revamped the educational resource and turned it into a VR experience where you can tour the museums of the world without having to shell out for plane tickets and museum admission.

Google has partnered with 1200+ international galleries, museums, and cultural institutions from 70+ countries. You’ll have the ability to take a guided tour of some of the world’s most famous museums and exhibitions, allowing the curious to get an art history lesson at any given moment.

There’s also the option to add works to your “personal collection.” Meaning, you can save favorite pieces and share them with family and friends. 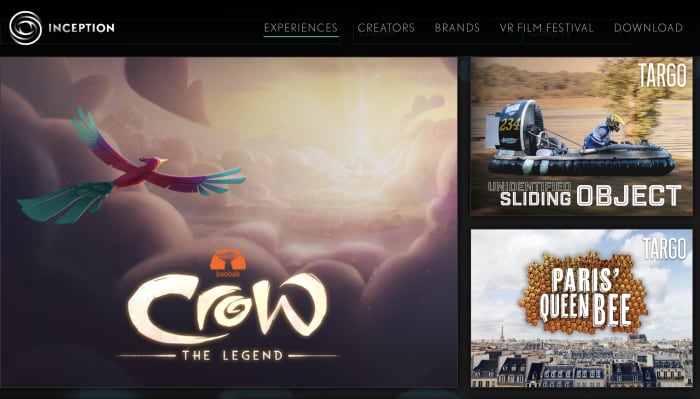 This isn’t the Inception film that inexplicably came with certain Android phones a few years back, no Leo, no confusing dream sequences.

This Inception is an app that delivers a small collection of “experiences” which span a wide range of artists and aesthetics.

There’s a Dali experience (which, if you’re going to pick an artist cut out for the VR landscape, Dali’s your guy), a Mac Demarco video, and a Playboy Mansion tour.

In all—it’s an eclectic mix of art and entertainment that at the very least, should give you something to talk about. 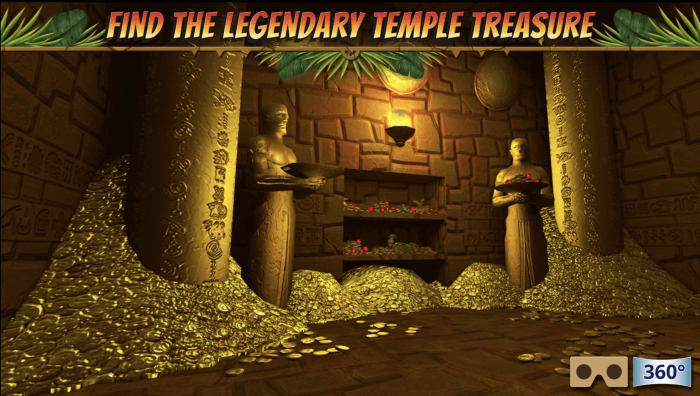 This immersive adventure game is pretty solid for a $3.99 cardboard download. Hidden Temple VR is a treasure hunting quest that takes place in the jungle—you’ll solve puzzles and riddles, and point and click your way through various temple corridors.

The game can be played with or without a VR headset, but the makers of the game say Google Cardboard delivers the best gameplay experience.

FullDive VR is a social-ish platform for Cardboard users and other VR headset owners. The app includes a whole mashup of different apps—from a VR web browser to YouTube content, a camera, and a marketplace where you can buy more apps.

The creators of this app have imported our favorite pieces of the web into a virtual universe. Additionally, FullDive also includes a social thread so you and your friends can bond over your experiences or just catch up on life.