Google has updated its Chrome browser for Android and iOS today with a data compression feature and Google Translate for iOS users. Those with limited data plans should find the new data compression feature useful, which allows users to use up to 50% less bandwidth, according to Google. Enabling data compression in Chrome also enables the “Safe Browsing” feature, which protects users from malicious web pages. This is because web content will be sent to Google’s servers for compression before being sent to users, similar to Opera’s “Off-Road” mode.

To access the new setting, tap on “Settings” and “Bandwidth management.” You’ll see a slider for “Reduce data usage” to enable the feature. After using the Chrome with the feature turned on for a while, you will be able to see a graph displaying how much bandwidth you’ve saved. 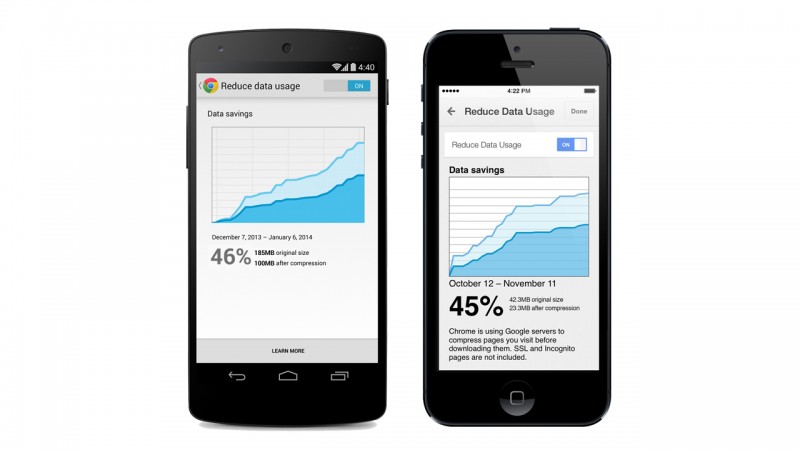 iOS users are finally getting Google Translate integration in Chrome, a feature Android users have been enjoying for a while. Google says the feature will arrive “in the coming days” and will allow users to translate websites to your native language. Automatic translations are available in the desktop versions of Chrome but not yet in the mobile versions. 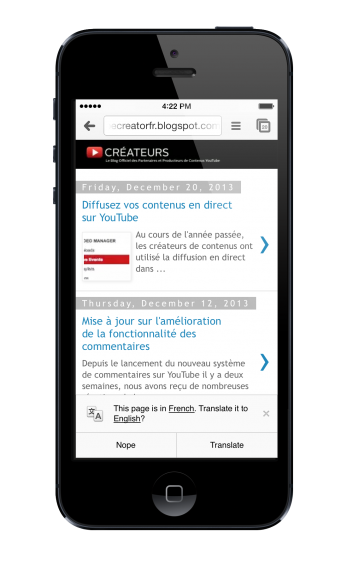 The update is out now in the App Store and Google Play.