No, your kid’s phone isn’t wrecking your family time 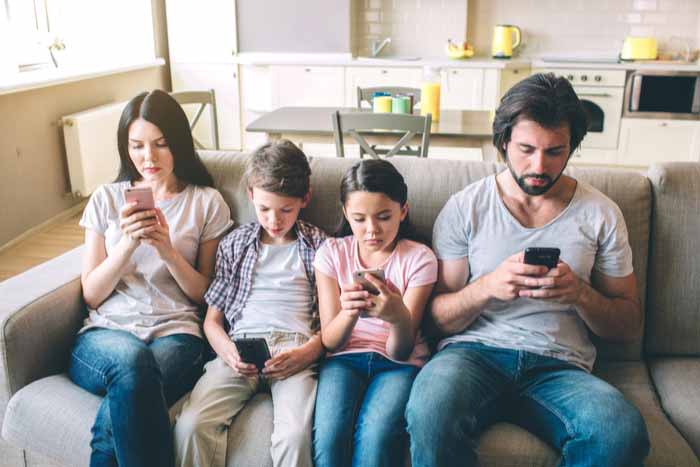 Parents often worry that handing their kids phones or tablets will wreck the family dynamic. But new research suggests that being on a mobile device doesn’t keep you away from your family after all.

A study conducted by Oxford University and the University of Warwick found that having cellphones and other mobile devices didn’t impact the amount of time that families spent together. In fact, from 2000 to 2015 when there was a large increase in mobile devices and higher quality internet connections, time spent with family at home increased by 30 minutes per day. Good news, right? Well, there’s a catch…

Although there was a significant increase in family time, that 30 minutes was classified by researchers as “alone-together” time, meaning family members are together in the home and doing things alone instead of shared activities like having meals or watching their favorite shows together.

How to use Apple’s new Screen Time controls for iOS

Even though families have voiced concern that mobile devices are behind a decrease in shared activities, the study found that this wasn’t the case as researchers reported that the increase of alone-together time did not have an impact on the amount of time that was spent doing those activities, like watching television as a family. This time remained unchanged and sat at around 90 minutes per day.

The Journal of Marriage and Family says that these are the rest of the findings from the study:

Researchers say that even though the time spent doing shared activities has not changed, because games, text messaging, and other things done on phones and mobile devices can be distracting during the activities, this could be why parents are feeling like family members are not as present during Sunday night TV time.

Since mobile devices are now an integral part of day to day life, the sharing of Dad’s hilarious reaction to an episode of “Game of Thrones” on Snapchat could actually be complementing family fun time. Take that, parents.