FTL: Faster Than Light, the popular PC indie space simulation game, is out now on iPad. This coincides with the release of the free Advanced Edition expansion for the original PC version.

The expansion is free for everyone with the PC game, and the new iPad version also includes the Advanced Edition content. It costs $10, which is the same as the PC release. The developers say ‘the iPad version is a true equivalent to the PC in the experience it provides, which is why we are price matching to the PC version.’ This means there will be non of the in-app purchases which have become common, and sometimes controversial, in mobile gaming. 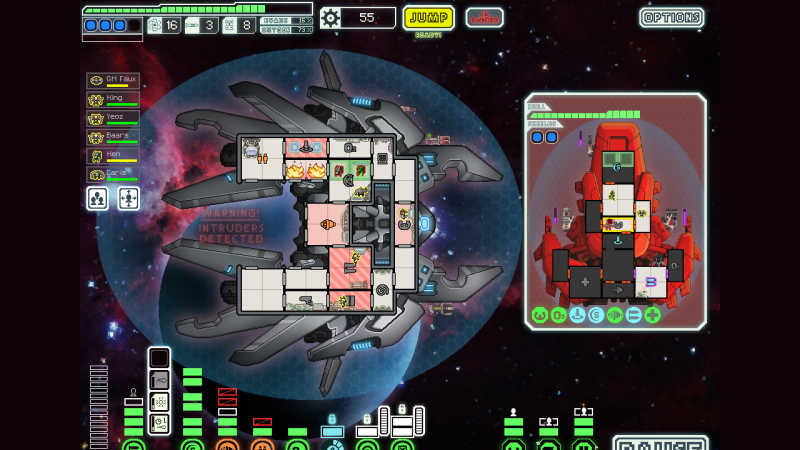 FTL is a game about running a spaceship and exploring the galaxy. As captain, you have to ‘manage the crew, fix the engines, reroute power to shields, target the enemy life support, and then figure out how to repel the boarders that just transported over!’ It was influenced by classic sci-fi like Star Trek and Battlestar Galactica.

You can buy the game on PC or iPad. Unfortunately there is no demo, although the developers say they ‘hope to release one’. Watch this space.