VLC is officially back for the iPhone and iPad. Announced as a faster, more flexible version of VLC with a more powerful media player, the new version of VLC for iOS has it all.

Let’s review some of the most exciting new features of VLC for iOS. 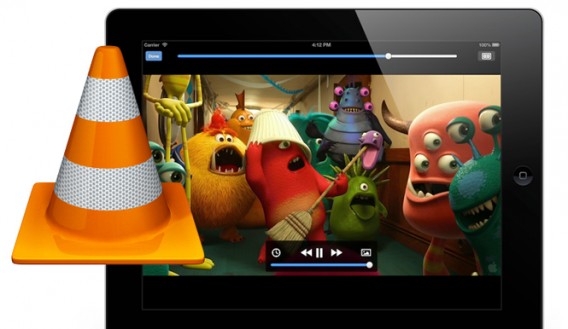 When you launch VLC for iOS, the application displays a completely blank screen. If you were hoping to find a file explorer similar to the Windows, Mac or Android versions, you may be disappointed. Playing videos requires you to choose one of the options available: streaming, WiFi transfer, iTunes sync or the most recently added option, streaming from Dropbox. 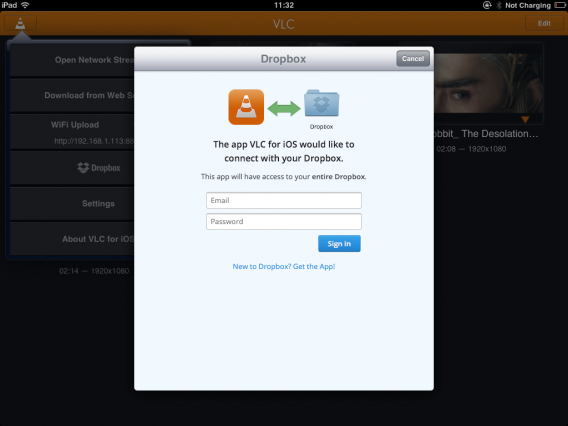 As is customary with most iOS applications, you have to use the iTunes interface to copy videos to your iOS device before you can play them using VLC.

Once you’ve added videos to VLC, they appear almost instantly in the application as large static thumbnails.

Despite a polite warning message stating that the iPad might be too small to read some videos, VLC streamed the videos smoothly and at a very high image quality. And, as an additional bonus, VLC for iOS even seems to support subtitles. 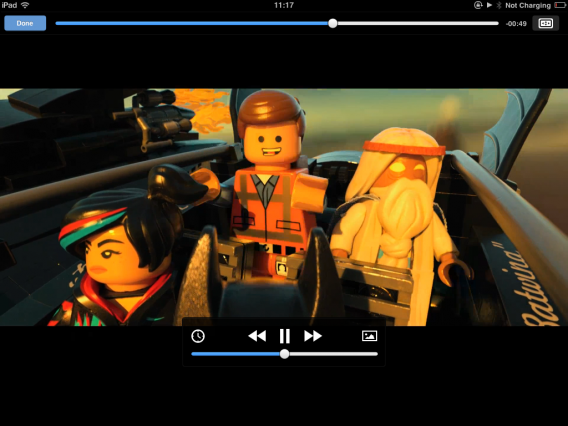 A nice feature is the playback window that provides detailed settings for changing the brightness, contrast, and saturation of the video, as well as options to control playback speed and image size. Even better, VLC for iOS automatically resumes playback of interrupted videos. This is an essential feature for watching films on mobile platforms. 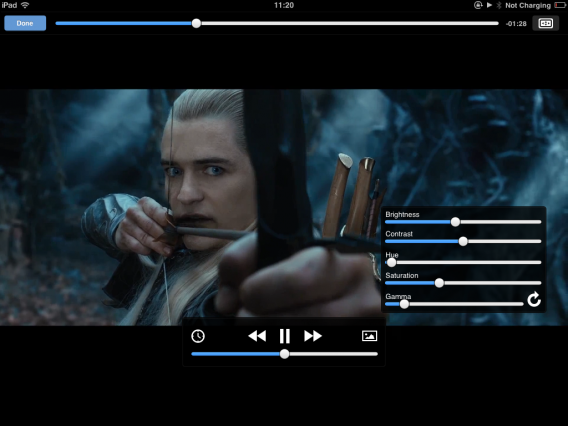 Free, powerful, and flexible, this new version of VLC for iOS immediately stands out as a serious competitor to paid video players already available on this platform. Only constrained by the limitations of Apple’s mobile operating system (no file explorer, limited communication with other applications, etc.), VLC for iOS is an application not to be missed.

Which applications do you use to watch videos on your mobile device?