Helping the homeless with apps — which techie solutions are actually worth checking out?

The idea of apps for the homeless sounds… interesting.

It seems well-intentioned, but with a hint of tone deafness built in. But as we looked into it a bit further, there’s a lot of variation within this space.

There are apps that people can download themselves to locate a shelter, others that allow people to donate directly to specific people, and some that creep into an invasive space.

According to a 2011 study published in the Journal of Urban Health, 62 percent of homeless youth have a cell phone. And, today, that number is likely much higher.

With that in mind, it’s no wonder there is a whole crop of apps designed to help the homeless — some offering a direct line of support from donor to the person in need.

Apps run the gamut from a gamified giving experience to city-sponsored efforts to make a difference.

How apps can help the homeless

What kinds of apps are out there?

Well, for one, many charities have begun to consider what a cashless society might look like and how that might have a negative impact on our neediest members.

Cash apps are typically linked to a bank account and many homeless people don’t have one.

The app, which has been around for a few years, has an indirect approach, a solution for those who don’t have cash or the will to talk to a homeless person.

Instead, the concept is, you might walk by a homeless person and you’ll tap a button that triggers a corporate sponsor to make a small donation to a service organization. WeShelter also has a built-in 311 function, which allows people to call for help if they see someone in need.

There’s Samaritan, which is more focused on relationship-building than WeShelter. How it works is homeless people are given a Bluetooth-enabled device called a beacon, which connects to an app.

People can download the app and when they’re close to someone with a beacon, they’ll receive a push notification, which tells them a bit about the person’s backstory and prompts them to donate by pushing a button.

Beacon holders must meet certain conditions to keep their status. Funds can be spent on select items — food, shelter, personal care items — no drugs or alcohol.

They also must keep regular appointments with a counselor. As such, Samaritan probably won’t do much for those on the street due to substance abuse issues or mental illness. There’s also the issue that people with better photos or more dramatic stories fare better than those who aren’t blessed with a photogenic face.

Australian app, AskIzzy presents something a little different. The idea is, homeless users can help themselves. Similar to Craigslist or Yelp, users can access a selection of nearby shelters, healthcare, and places serving food.

WeShelter, for example, has kind of a gamified approach to giving, the founders laid out their concept by suggesting users tap a button every time they see a homeless person — which seems like it could be another way to dehumanize people who live on the street.

Some homeless people see WeShelter’s 311 function as a way to snitch on people, as it fails to involve the person it seeks to help, which takes away some of their agency.

And then… there are the tracking apps 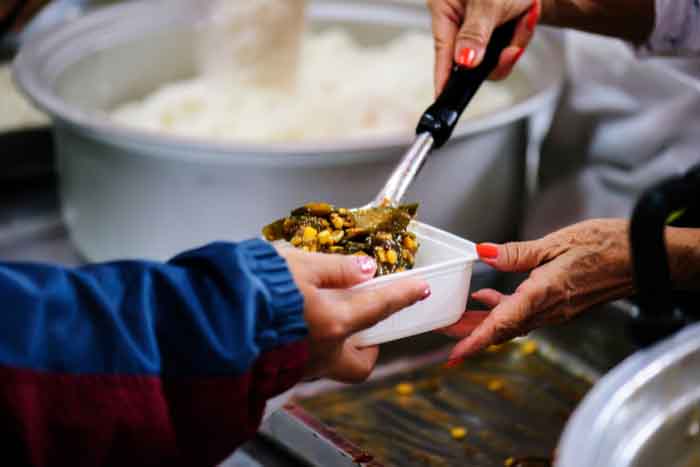 Last year, Wired ran an article about NYC’s attempt to track every homeless person across the five boroughs. The city rolled out a new tool called StreetSmart, which the article describes as a CRM system for tracking homeless demographics.

The idea is — hundreds of outreach workers will walk around collecting data on homeless people as they check-in — documenting things like income, health, their experience with the city’s shelter system, and so on.

The point is to track how many people make it into shelters or ultimately get off the street and into affordable housing.

San Francisco has rolled out something similar — the ONE System, which aggregates data about counseling, health, and shelter history. This data once spanned 15+ databases from several different agencies — so there wasn’t a centralized center for information.

Salt Lake City has been doing this since 2015 — and has reduced their homeless population by 91%.

Where homeless people might resist the idea of being registered to a database, the goal of these city-run applications is to get people access to services and ideally, permanent housing.

A lot of apps don’t have great download numbers

Unfortunately, many of these apps are underused.

A quick look through the App Store or Google Play reveals a lack of reviews, and it seems that people are still reporting homeless activity to the police or trying to get in touch with over-extended city service departments.

In the end, some apps provide lifelines for people in need and can be a real game-changer. AskIzzy and Infoxchange offer a practical solution for homeless people — allowing them to help themselves.

WeShelter, on the other hand, turns this into a hands-off game for the public, which kind of left a bad taste in our mouths.

How to set Chrome as your default browser