How to get free apps from the App Store 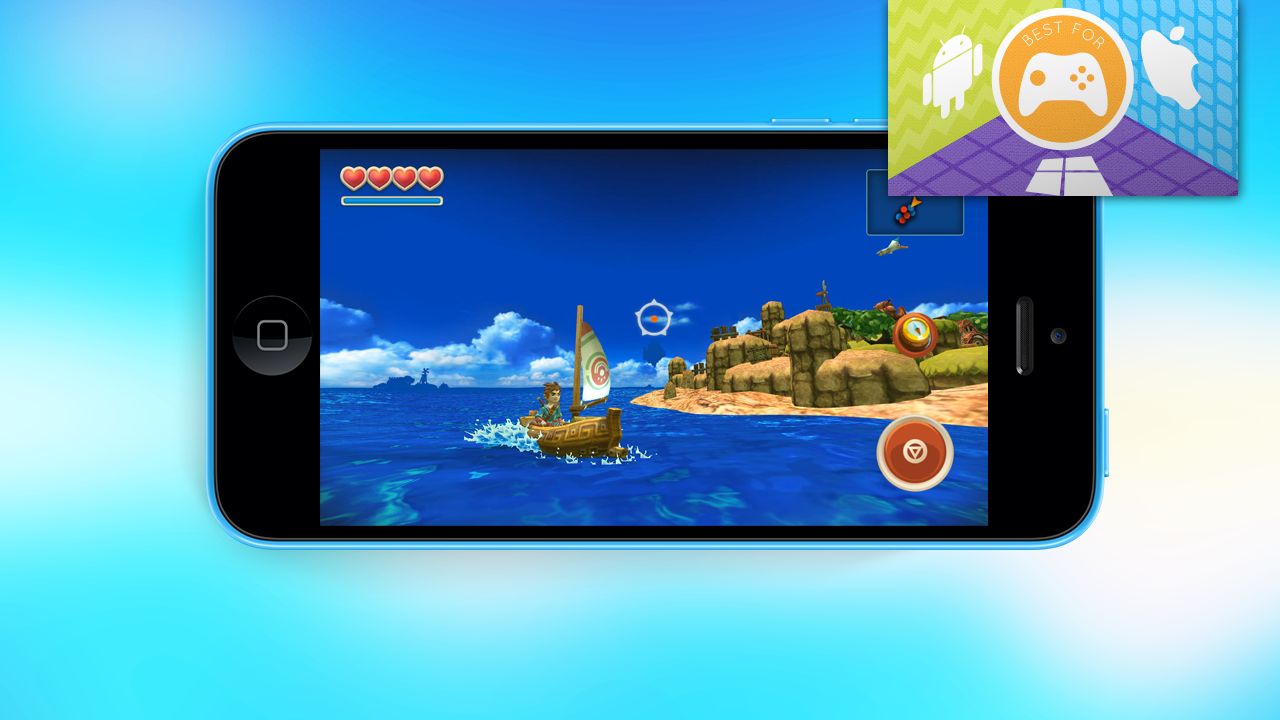 Just like any product would, apps frequently go on sale, often being offered for free for a limited period of time. If you’d rather get paid apps for free (and let’s be honest, who wouldn’t), here are some really simple tips that you can use to get some really cool apps and games without spending a single dollar.

Every day, promotions on Apple’s App Store allow people to buy apps and games at a discounted price. As a part of these daily promotions, certain paid games become free for a limited amount of time. If there’s a game that you’re interested in, all you have to do is wait and download it at the right time, and you’ll have the game forever on your iOS device without ever reaching for your wallet.

To make sure you don’t miss these temporary promotions, visit the App Store frequently and look at the top free apps. You can also install an app tracker like the excellent Apps Gone Free. This app gives you daily notifications about promotions, telling you which apps are free or discounted. 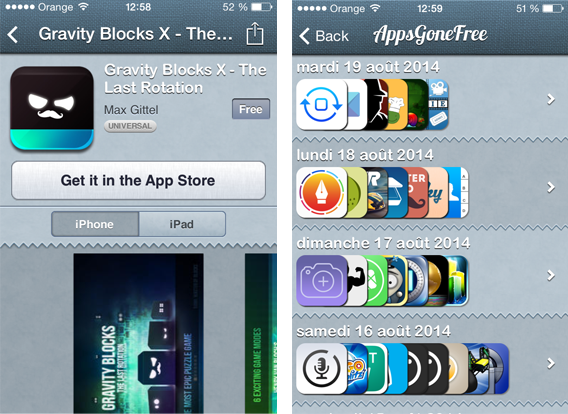 Apps Gone Free will help you save money on iOS games

Quite often, websites set up special promotions where you can win promo codes for games. Follow your favorite sites through social networks to stay on the lookout for bargains.

The most recent example of this is the Free Game of the Month from IGN. Each month, you can pick a free promo code to use in the App Store. Some of the games that have been offered since the promotion started include Need for Speed: Most Wanted, Deus Ex: The Fall, Batman Arkham City Lockdown, Infinity Blade II, and even The Walking Dead: Season 2 Episode 1.

Apple regularly offers free content through its Apple Store app (not to be confused with the built-in App Store on your device). Install the app on your iOS device and enable notifications so that you don’t miss out on limited time promotions. The first paid game it ever offered for free was Color Zen in August 2013, saving customers a whopping $0.99.

Wait for the Holidays

Since 2008, Apple celebrates the holiday season by giving away gifts on iTunes between late December and early January. In 2013, people were able to get the paid games Toca House, Mr. Crab, and Rayman Jungle Run all for free!

Fortunately, it’s quite likely that Apple will continue doing this promotion at the end of each year. To make sure you don’t miss out on this bonanza of free games, install an app called 12 Days of Gifts from the App Store as soon as the holiday season comes around (mid-December). Once it’s installed, check it every day from December 26 so that you don’t miss out on any apps. 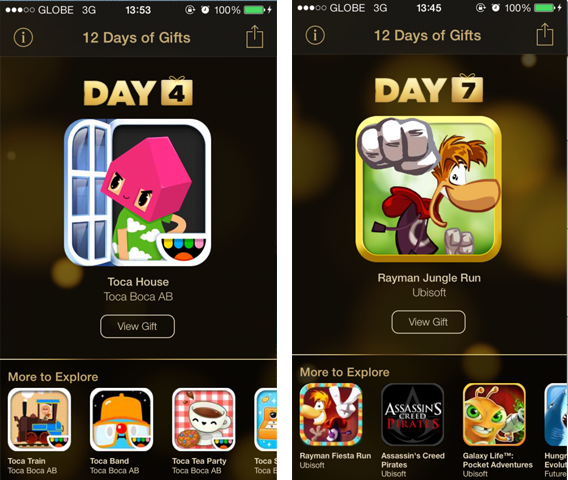 Toca House and Rayman Jungle Run: two paid games that were available for free in the ’12 Days of Gifts’ app in 2013

With iOS 8, developers can invite users to test beta versions of their games and apps. Specifically, if you participate in these test programs, you may be lucky enough to play some paid games for free.

Be careful, however; apps in beta are often unstable and have a limited time period. If, on the other hand, you’re not bothered by any of these details, you can start following your favorite developers on social networks so that you’re ready when they need volunteers. To get your foot in the door, try the Twitter profiles of successful mobile video games studios:

If you’re a bargain hunter and prefer to wait until games go free, just remember one little word: patience.

The 25 best games for iPhone and iPad

Why single-use apps like Yo could take over your smartphone

How to Update Among Us on Mobile and PC