How to make your Mac faster and stronger 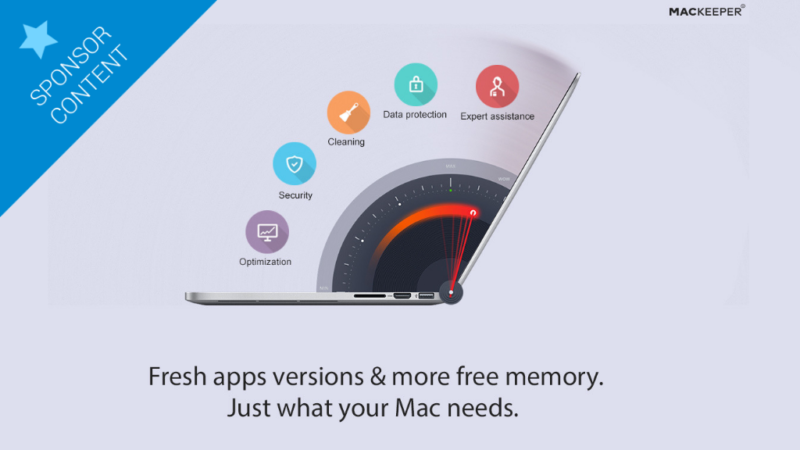 From the iMac to the MacBook Pro, Apple’s premium computers are renowned for their fast performance.

Unlike Windows machines, Macs are only built by Apple. This control has led to a seriously optimised system, with power, speed, and beauty in a single package.

But like any computer, Macs degrade over time. They get slow, unresponsive, or even stop working altogether… and no-one likes shelling out over a thousand dollars for a beautiful brick.

Thankfully, there’s a simple way to fix a sluggish, weak Mac so you can enjoy snappy, box-fresh performance for years.

Before we reveal it to you, let’s explore why your Mac slows down in the first place…

Why your Mac slows with age

It could be a year, it might only be six months, but whatever the length of time, your Mac’s performance will slow unless you take steps to prevent it.

The main culprit behind slow performance is an overstuffed hard drive. The more you files you save, the longer it takes your Mac to find the files it needs. With so much digital content in our lives (music, movies, games, and books), it doesn’t take long for your hard drive to fill up.

Cached files make the problem worse. Your Mac copies temporary files (like webpages) into folders so you can access them again quickly. Over time, the accumulation of cached files eats up your available hard drive space, which in turn slows down your machine.

Your applications are guilty, too. Maybe a rogue app is out of date, you have too many open at once, or too many loading when you boot your machine. Either way, your Mac has to work harder, slowing down everything else.

You might also have too many background applications running. Lots of services and programs stay active when you’re not using them, hogging RAM (Random Access Memory) and slowing your machine. Sometimes this is important stuff like antivirus software, but at other times it’s just a waste of system resources.

How to keep your Mac performing at its peak

Your Mac is a resilient, powerful machine, but you’re the one who calls the shots. Your Mac can’t decide what files to delete, what services to quit or applications to load. That’s up to you.

But who wants to spend hours doing tedious system maintenance?

That’s where MacKeeper comes in.

MacKeeper is your Mac’s live-in technician – a suite of tools that increase performance, speed, and efficiency without you lifting a finger.

MacKeeper gets deep into your system to reveal the problems slowing down your Mac and then gives you the power to fix them: 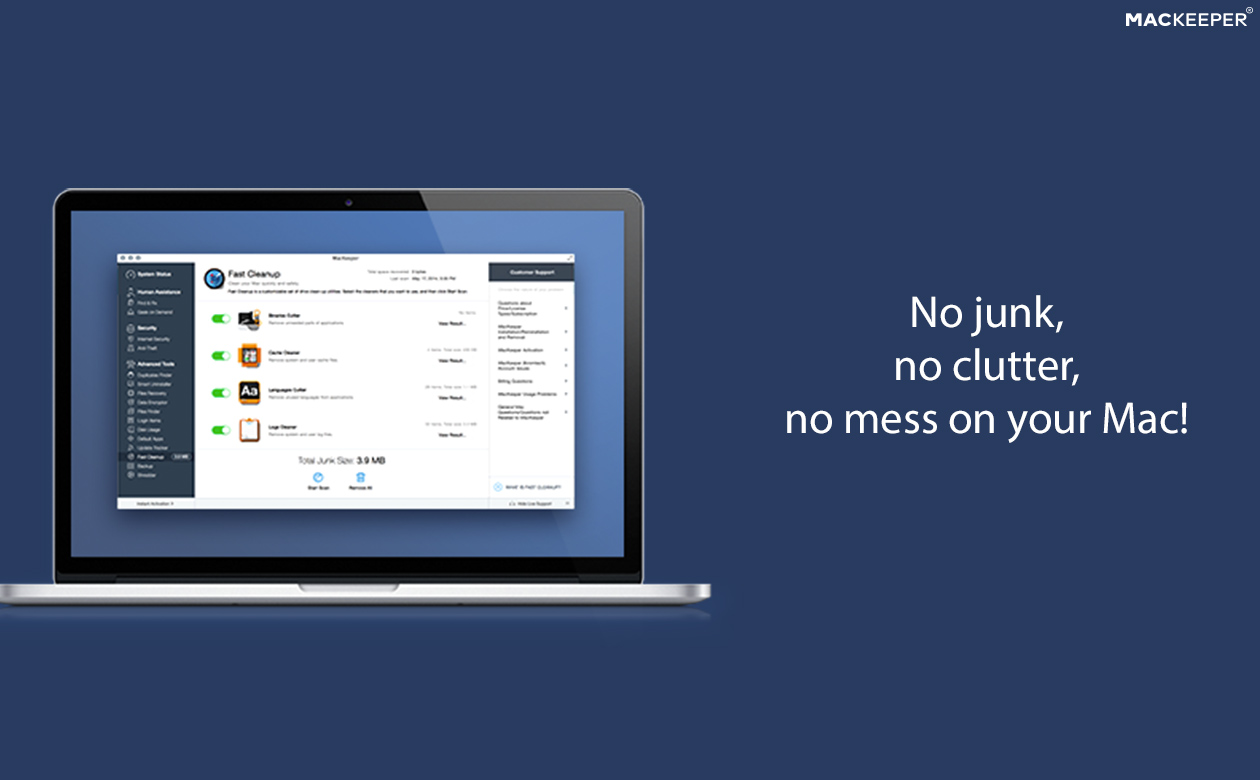 MacKeeper does more than just clean up your hard drive.

After spending thousands on a new machine, you’ll want to protect it from malicious attacks, both digital and physical. MacKeeper therefore protects your Mac with award-winning antivirus software from Avira, one of the few antivirus applications to have a 100% detection rate with zero false positives.

MacKeeper also includes Track My Mac, a clever anti-theft mechanism. As soon as a stolen Mac goes online, MacKeeper sends you a location report and a webcam picture of the thief. MacKeeper claims to have helped recover hundreds of stolen laptops, like this one in Brazil, and is a nice addition to its many useful features.

MacKeeper is committed to helping you get the most out of your Mac. To help, it assigns Premium+ members a “geek on demand”, which is their term for 24/7 support. MacKeeper technicians assist with the software itself or even more general Mac issues, either by phone, email, or live chat.

Should you try MacKeeper? 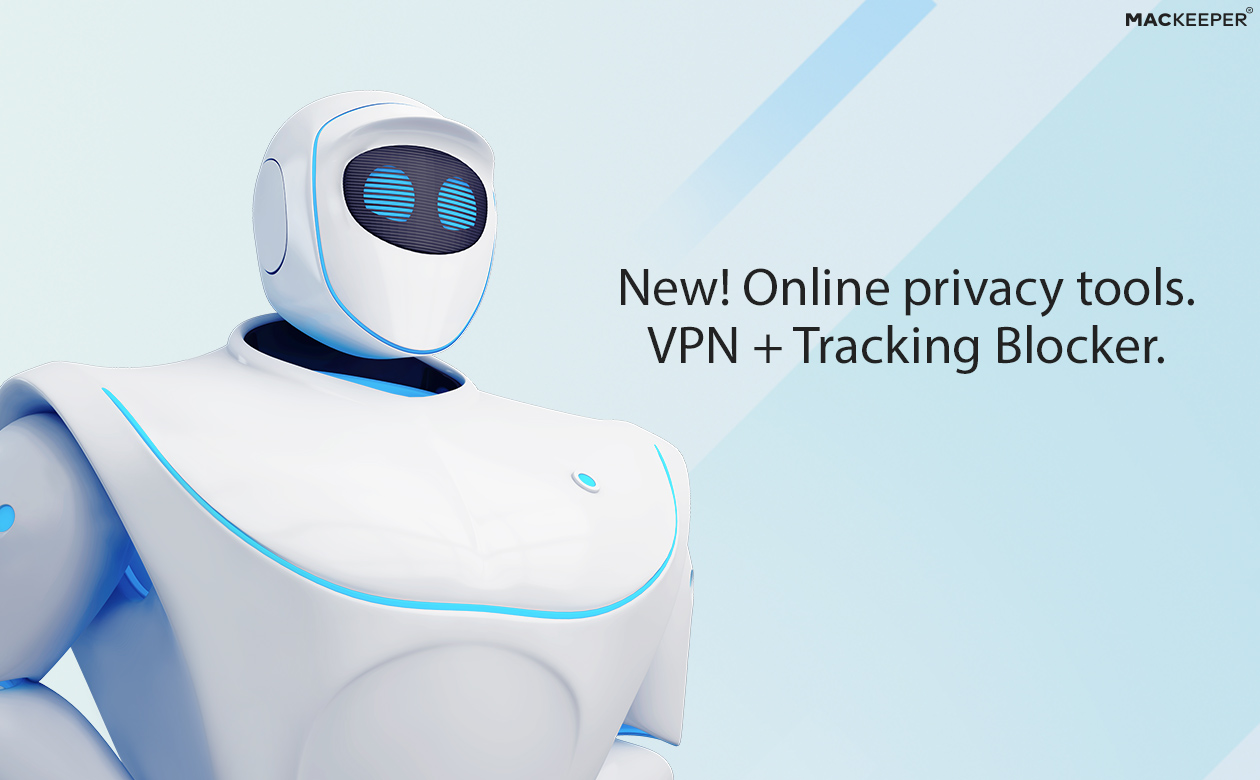 MacKeeper is used by over 14 million people, and has featured in International Business Times, Cult of Mac, and Forbes, to name just a few.

Over 51,000 users have given MacKeeper an average review of 4.3 out of 5, and the software has won multiple awards.

Macs do a great job of self-maintenance, but over time your Mac will struggle under the weight of unnecessary files and processes dragging down performance. MacKeeper is therefore a good choice to keep your Mac in top condition, and the anti-theft and 24-7 support elevate it beyond other system tools.

Though you can’t buy it outright, the 24 month subscription price of $111.80 for MacKeeper Premium+ membership works out at a very reasonable $4.95 per month. At that price, MacKeeper is an easy recommendation: download MacKeeper today.