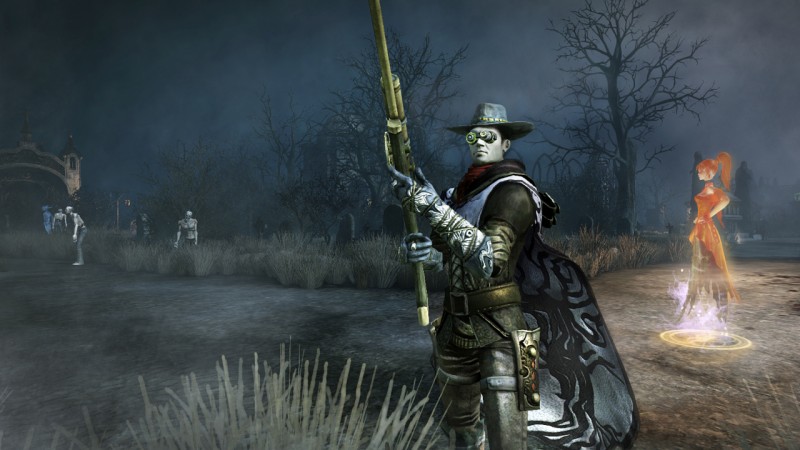 The Incredible Adventures of Van Helsing 3 is an action RPG that borrows heavily from the Diablo franchise’s brand of isometric loot collecting, and then gives it a Lovecraftian coat of paint. It was this aesthetic, stuffed full of monster killing action, that drew me to the game – and which also proved to be the thing that kept me coming back.

You are cast as the son of the original Van Helsing, a vampire hunter originally seen in Bram Stoker’s Dracula. There have been many interpretations of this family in popular fiction, but here they seem to have been turned into full-fledged killing machines. Indeed, nowhere have I seen the Bram Stoker fiction quite so dramatically re-imagined as in these Incredible Adventures.

This vicious tone is set from the opening as pick your Van Helsing. There are a total of six classes to choose from and, while each is significantly different, they all feel outlandish. They range from the towering steam-punk robot, Phlogistoneer, to the magical – but decidedly squishy – magic wielding Elementalist. All have an interesting and cohesive look that fits with the world’s ‘weird science’; blending mysticism and technology.

After selecting my hero (a gun-toting Bounty Hunter), the game began an explanation of the trilogy so far. This is where I first started to feel a little out of the loop, with events revealed through the emotionless voice Van Helsing. I was to be forced into the middle of a civil war after being betrayed by my once ally, the mysterious Prisoner 7. This character was to be my nemesis, a fact I divined from the narrator openly stating it, and then continuing to harp on about it at every possible juncture (and a few impossible ones). 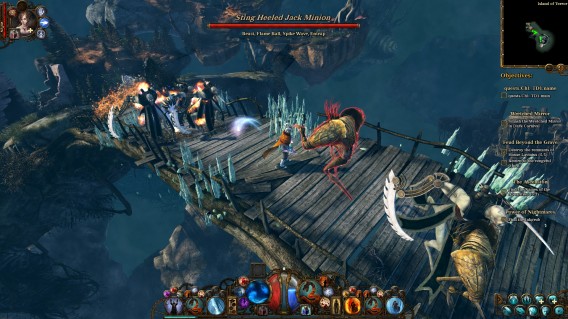 Once the action kicks off, however, it is business as usual. You click where you want to move, click where you want to attack, and click on the power you want to use (until you learn the keyboard shortcuts at least). In keeping with the loot gathering genre, the game is one satisfying string of dopamine releases as you constantly level-up and discover new equipment. Despite this it lacked an elusive hook, resulting in it somehow failing to capture my attention for long periods in a single session.

Oddly though, The Incredible Adventures of Van Helsing 3 continued to play on my mind, constantly pulling me back to it. While improving my character was part of the appeal, the real draw came from the discovery of new locations and enemies – that and the B-movie grade script – to create something inexplicable entertaining.

Van Helsing’s spirit companion, Katarina, also helps in this. This ghostly woman not only helps you fight, but also provides an enjoyable back and forth as the two constantly goad each other. This means even that, when battling through empty dungeons, there is always a chance of some comic dialogue. 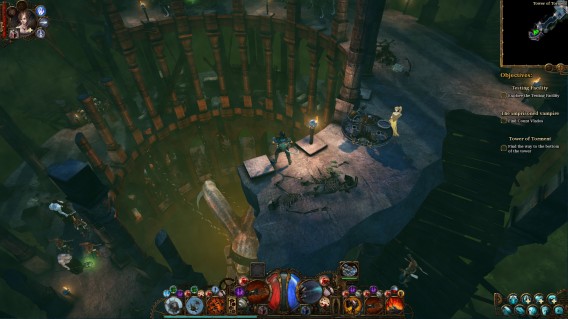 The environments also a good draw to continue playing. Each zone is distinct, and the ability to instantly warp to the hub area and then back out a zone of your choice keeps things fresh – be it the lair of a mad scientist, a fairy tale forest, or a Victorian city dripping in steam punk style.

With Torchlight and Diablo both on the market, it’s hard to imagine that The Incredible Adventures of Van Helsing 3 would be many people’s go-to loot game. Despite this, it manages to calve out a good spot for itself thanks to its world and humor. Also, at such a budget price, this is one that fans of this genre and setting should try.

Greenlight Spotlight: Will Fight for Food

How to set Chrome as your default browser