iOS 7, the upcoming version of Apple’s mobile operating system introduces a new ‘flat design’, and all new icons. Apple call iOS 7 the biggest revolution in iOS since its launch in 2007, but not everyone is likely to be equally happy with the new look. A site called Neue vs Old has been launched to ask you which icons you prefer.

Neue vs Old takes you through the iOS icons, with the new versions next to the old. You click on the icon you prefer, and once you’re done you can see how other people have voted. 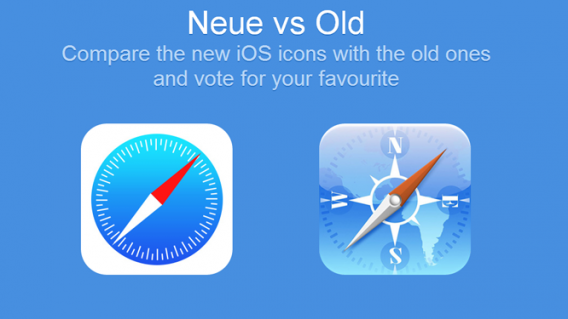 Over 70,000 people have voted so far, and although there are some results that are pretty equal, the overall results are pretty clear, as you can see here. 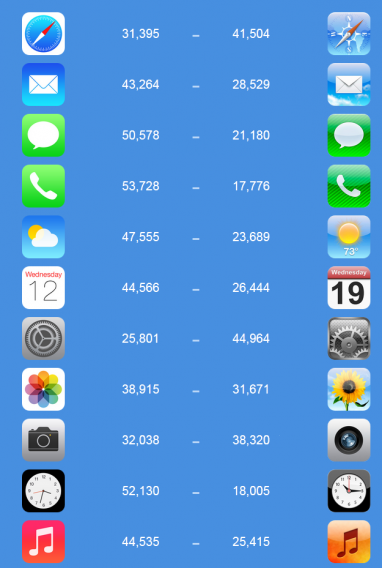 These results are quite surprising, as change usually results in a lot of negativity (see any time Facebook changes anything), so it looks like Jony Ive’s refresh of the iOS look will go down well with users when it’s (probably) released in September.

Vote in Neue vs Old here.