Thinking of upgrading to iOS 7? Before you do, keep in mind that, amidst all the excitement of its release, you might have to pay to update some of the apps you already own.

Technical reasons. iOS 7 isn’t just a simple update of iOS 6. It was written almost from scratch, and graphically, there have been a lot of changes. This means that for some existing apps to be aesthetically consistent with the new OS, they have to be (almost) completely rewritten. This involves a lot of work on the part of software developers. And this work doesn’t come for free. 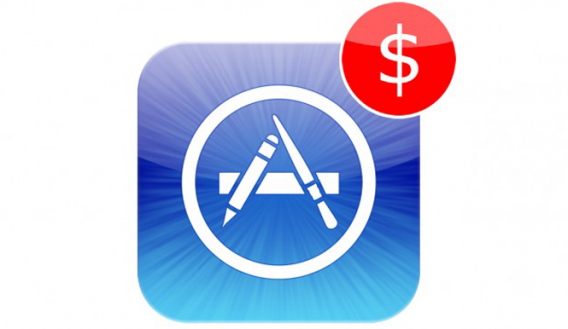 In a nutshell, upgrading some of the apps you’ve already purchased on iOS 6 may cost you. The alternative: keep your pre-iOS 7 versions. They’ll work perfectly but, running on the new user interface, they’ll seem outdated and ugly.

Of course, this news has made some users unhappy. It’s not yet clear which and how many developers will choose to ask users to cover the cost of upgrading their apps. The only thing we know for sure is that someone will have to pay for the work.

The developer’s point of view

It’s not fair to blame the developers. Suddenly, for reasons beyond their control, they find themselves having to rewrite all the software they’ve already created. This means an investment of time, effort and money. And then what?

As a developer, you’ll find yourself at a crossroads: infuriate users by asking them to pay money for something they’ve already bought, or don’t ask them for anything, which is the equivalent of agreeing to do a lot of work for free. This is bad news, whether it’s one single developer or a company that has to pay the salaries of its programmers.

The third option is to not to release an update. This leaves your app with an older UI running on iOS 7, which isn’t the best result for the end user. The old app graphics and icon, running in the new environment, would seem out of place, and the program could end up going unused, gathering dust in some corner of your iPhone.

Apple shouldn’t be blamed for having evolved its mobile operating system. Continuous innovation is a characteristic of the technological world, which generates, consumes, and regenerates products at great speed.

It’s also worth noting that paying for application updates is not a new concept. We’re used to doing that, for example, for desktop applications. When a new version of Photoshop or Word is released, a fee is involved to upgrade to the latest version. This fee almost buys a new program, though, with lots of additional features.

In the case of an updated iOS 7 app, we’re really just talking about a graphic adaptation rather than a substantial set of new features.

The user’s point of view

You have to consider the psychological aspect. Although there would be valid reasons in support of paying to update some apps, users have come to expect free updates.

If, all of a sudden, a user had to pay for something they’d used many times for free, the reaction would inevitably be negative. And that reaction would be multiplied many times over for users who have a lot of apps, or a very expensive app such as a TomTom navigator.

And the story gets a little more complicated. The new iOS includes an automatic update feature. How would that work for paid updates? The risk would be that users might end up paying without even knowing until they received an invoice. This would obviously trigger outrage among users.

The situation gets even trickier when put in a broader context. While Apple is “forcing” their developers to rewrite existing apps, Chrome Apps allow you to write a program once, and then turn on additional platforms for free via the browser. That’s a big competitive difference.

What should Apple do?

This situation could have unpleasant consequences for the nice folks in Cupertino. An army of angry developers and users isn’t good for business.

Perhaps Apple should pay developers who are updating their apps, using a formula that would make them all reasonably happy.

Unhappy customers could cause an exodus away from iOS to other platforms (Android would be the top choice), but they might also undermine the perception of the iOS operating system as “perfect”. 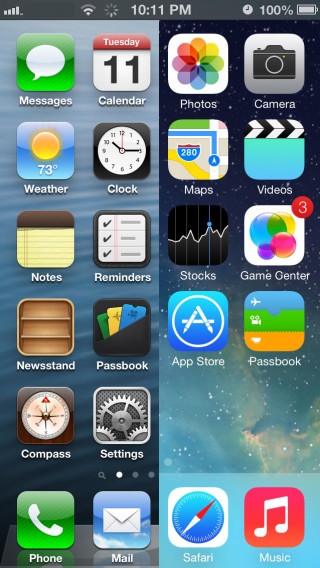 For a company that has made aesthetics their flagship feature, they can’t run the risk of being left with millions of iPhone applications that are graphically inconsistent. The home screen for a user who has decided not to pay to upgrade their apps would be a funky patchwork of old- and new-style icons, a situation that would surely cause Steve Jobs to turn in his grave.

Other solutions that could help dissatisfied users: jailbreaking (which in iOS 7, makes it impossible to lock the phone remotely in case of theft), or a pirated version of iTunes, which now exists only in China (but that could one day be accessible from other countries) but which allows you to illegally download programs onto your iPhone without jailbreaking. None of these are great options for Apple.

What do you think? Are you willing to pay to upgrade your apps, or do you think the cost should be borne by the developers, or even Apple itself?