The Stanley Cup Finals are currently well under way. This year it’s the Boston Bruins versus the Vancouver Canucks. For avid hockey fans who want to keep up with the the latest Stanley Cup news, a few apps are absolutely essential. We’ve got you covered with three great iPhone apps that’ll do the trick to sate your need for hockey-related news. And best of all, they’re free. 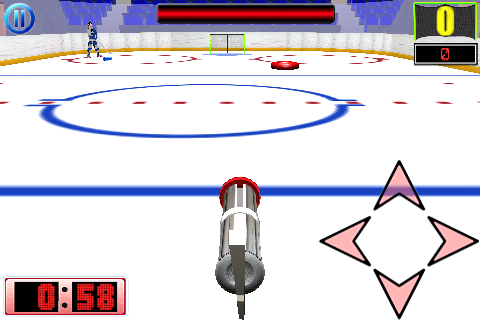 Keep up with the Stanley Cup:

NHL Game Center 2010: Despite the somewhat misleading title, NHL Game Center does provide Stanley Cup 2011 news.  With a built-in newsfeed and the ability to share news stories with friends on both Facebook and Twitter, this is a useful app for any diehard hockey fan.

Fox Sports Mobile: If you’re looking more for an all-purpose mobile app, Fox Sports has you covered. Since you’re able to browse by team with this app, you can keep up-to-date with either side of the Stanley Cup contenders. This app is also chock full of stats and play-by-play updates, making it a great choice for users who want to keep up with a variety of different sports once the hockey season is over and done with.

CBC Hockey: Who better to go to for all your hockey-related needs other than an app created by Canada’s national public broadcaster? Hockey is huge in Canada, and this app doesn’t disappoint. You can browse the newsfeed, take a look at the seeds leading up to the Stanley Cup and even watch video content in-app. Note that some of the videos are restricted to Canadian residents, but there’s still plenty of video content available for hockey fans outside of Canada.

What about after the Stanley Cup is over?  Fortunately there are also a few fun game apps with hockey themes that are fun to play no matter what time of the year it is.

Glow Hockey Lite: It’s air hockey for your iPhone.  What makes this game even more fun is that the graphics are quite impressive. Virtually everything on the Glow Hockey gameboard lights up in neon colors. The next time you’re getting nostalgic for the NHL season, give this app a go.

Hockey Crossfire: While not a traditional air hockey game, Hockey Crossfire will undoubtedly delight fans of shooter games and ice hockey alike. Hockey Crossfire is set in an ice rink and requires you to aim at and shoot bright red rings into the opposing team’s hockey net. It’s a hybrid game of the best sort!