Can Windows really be replaced by an identical yet free open source alternative? Last year, James briefly introduced an operating system called ReactOS which is a free open source operating system that runs most Windows programs and applications. Potentially, it could replace Windows completely as a free alternative to Microsoft’s behemoth. However, is it really reliable enough for you to toss your copy of Windows in the bin, or is ReactOS still very much a work in progress?

ReactOS has actually been in development for 10 years. Even now, it’s still under Alpha stage so the immediate answer to the above question is obviously a resounding “No”. However, it’s clear that the potential is there and signs are that it may not be long before ReactOS has Microsoft quaking in its boots or reaching for its lawyers. 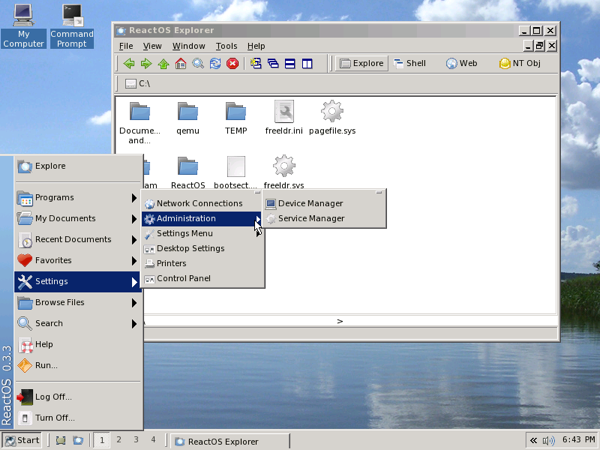 The big advantage of ReactOS is that it’s free and it doesn’t involve any re-learning for Windows users as switching to Linux or Mac does. But how on earth have the developers managed to “rip-off” Windows but make it free at the same time? The answer is that they’ve basically re-written the Windows kernel which is the heart and soul behind Microsoft’s operating system. What the developers have done, is stripped down Windows to its bare bones, making it the clean, lean machine that Windows originally started off as before Microsoft bloated it to bursting point.

The look and feel of ReactOS is extremely similar to Windows – Windows 2000 to be precise with a few touches (such as cursors) from Linux thrown in for good measure. The functionality however is still hit and miss. Because some parts of the kernel are still being built, you’ll probably find that some programs work perfectly while others crash frequently. For what it’s worth, ReactOS also ships with a browser although it’s like a very poor version of Internet Explorer and you’re best to download Firefox as soon as you get up and running. 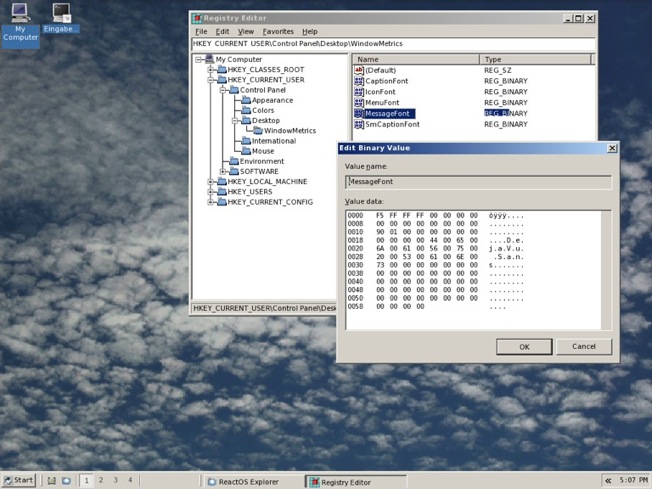 ReactOS is potentially a superb free alternative to Windows. However, until it’s finished, there’s no way it can be considered a reliable alternative to Windows yet. Even installing it on machines with different specs and hardware can cause problems and so some people are finding that it works better for them than others. However, if Windows 7 doesn’t deliver the changes that Windows users hope for next year, ReactOS may be at a more polished stage and find that it’s time has come.

To get an idea of ReactOS in action, check out this useful video uploaded to YouTube from the official ReactOS site.